Actor Tim Robbins could not contain his fury at plans from some states to re-open their economies amid the Chinese coronavirus pandemic, describing America as a “death cult” led by sociopaths and populated with “racist self-interested citizens” in a now-deleted tweet.

Robbins, who has an estimated net worth of roughly $60 million, made the comments as various states across America — including this week at least three run by Democratic governors — plan to partly re-open their economies in the coming days after weeks of lockdown.

“My heart hurts. This is an outrage. But hey, reopen the economy because I need poor people to cut my hair, cut my nails, watch my kids and make my lattes,” Tim Robbins said in the now-deleted tweet, for which a screenshot has been provided below. “We have become a death cult run by sociopaths [and] fueled by racist self-interested citizens with no sense of shared responsibility.” 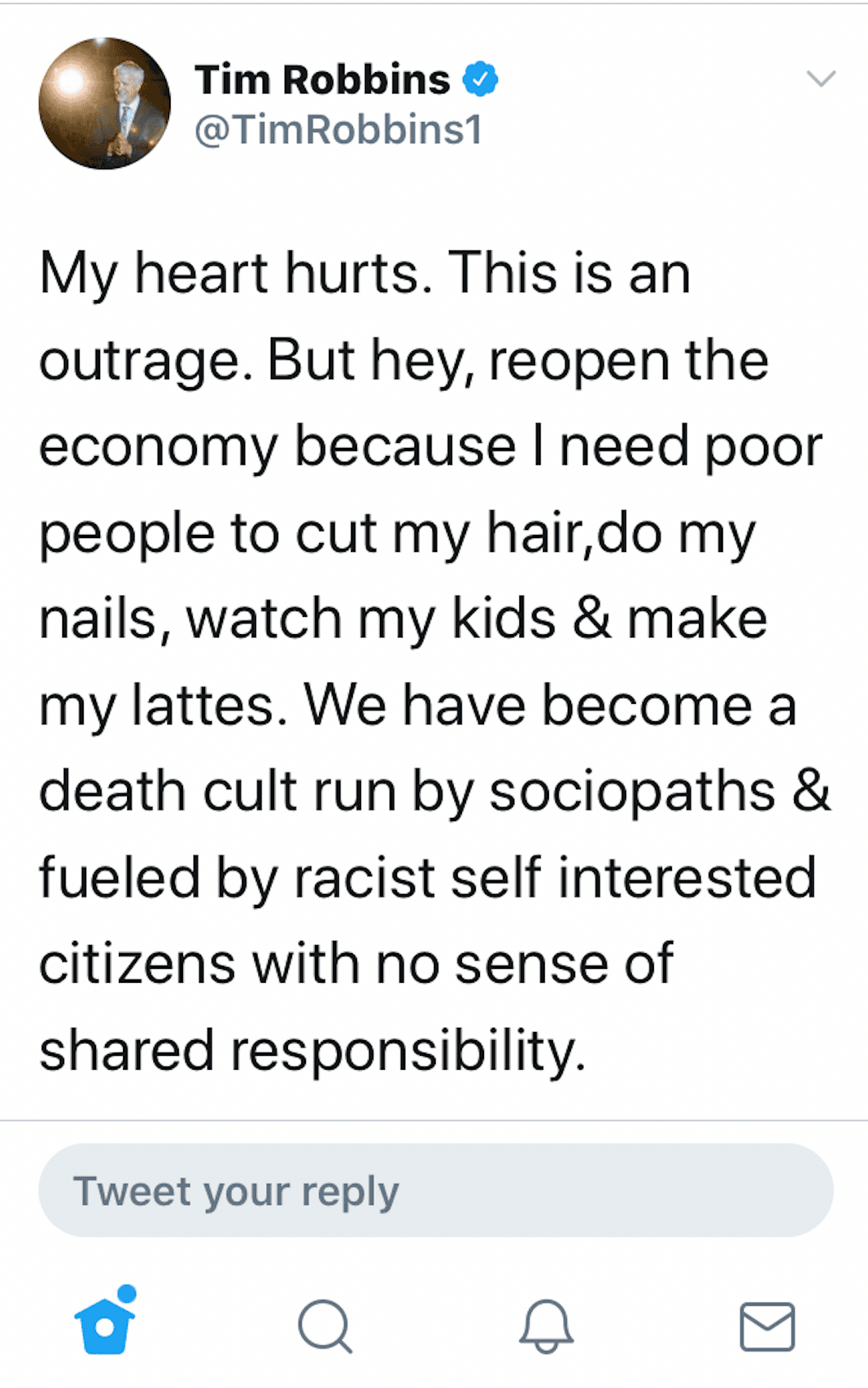 The most important supporter of re-opening the American economy has been President Donald Trump, who last week unveiled a three-phase plan entitled Opening America Up Again. “We’re starting our life again,” Trump said during a press briefing earlier this month. “We’re starting rejuvenation of our economy again. This is a gradual process.”

Trump’s support for the relaxing of lockdown measures may be part of Robbins’s vehement opposition to the plan. The Shawshank Redemption star has previously described the president as a “child abuser,” while also likening him to a “petulant, overgrown child monster.”

Last October, Robbins also warned fellow Democrats that America was on the path toward fascism unless they united around failed presidential candidate Bernie Sanders.

“I don’t understand it. I just want to say that if you want to talk about unity and stopping this movement toward fascism, you can’t be attacking people that could change things,” he said at the time.