Winfrey is launching a so-called bipartisan registration and get-out-the-vote campaign, which reportedly seeks to “provide tools and resources for Black women [to] overcome voter suppression in the November election,” according to a report by the Hollywood Reporter.

“We find our nation on the precipice, a true tipping point. Is this the moment that will finally change our country?” asked Oprah Winfrey in the campaign’s video, which features speeches from Democratic politicians from Abrams to Sen. Kamala Harris (D-CA) and Congresswoman and Joe Biden’s potential vice presidential pick Karen Bass (D-CA), Hollywood director Ava DuVernay, and images from Black Lives Matter marches. “Our audience has a powerful voice. I am proud to be a part of this movement that will create the change we want to see for our country,” Winfrey says.

“COVID-19 and the racial justice movement have highlighted the need for urgent policy reform to balance disparities that exist regarding affordable health care, systemic racism and racial discrimination,” said OWN president Tina Perry.

“We are proud to announce this important bipartisan social initiative that supports and empowers Black women to use their voice to face the issues in America they find paramount this election season,” Perry continued. “When she votes, she influences elections, and it has never been more critical to use OWN’s wide-reaching platform to ensure our core audience has the tools needed to register and cast an informed vote this fall.” 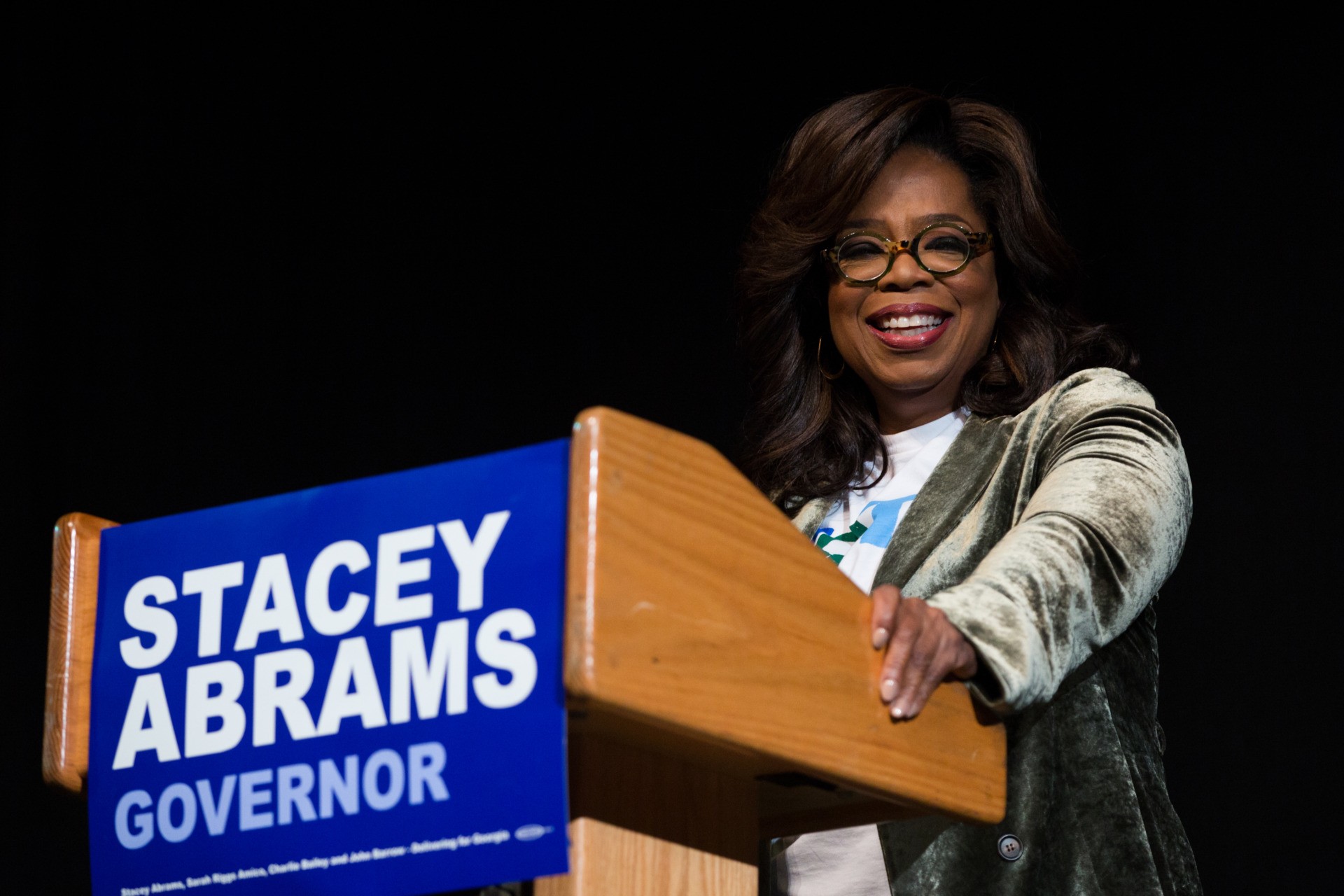 OWN Your Vote has partnered with politically leftist organizations like the NAACP, Color of Change and the ACLU. The initiative’s target markets also include battleground states with a high concentration of OWN viewers. Among them are Florida, Georgia, Michigan, North Carolina, Wisconsin, Pennsylvania, Nevada, South Carolina, Virginia, Texas, and Ohio.

In the last year, OWN has also conducted a survey interviewing a nationally representative sample of 800 Black women of voting age. The study found that affordable health care and racism/discrimination are the two most important issues to Black women this election year.

Winfrey has made no secret of her Democratic Party political affiliation over the years. She endorsed Hillary Clinton in June 2016, calling Clinton’s White House run a “seminal moment for women.”

In a recent episode of her eponymous series, The Oprah Conversation, Winfrey declared that “whiteness” and “white privilege” afford unspecified benefits to white people in the “caste system” of America. “Whiteness still gives you an advantage, no matter what,” said the billionaire.