President Josiah Bartlet is back and is teaming up with Michelle Obama to register voters ahead of the November election.

The West Wing cast, along with show creator Aaron Sorkin, is reuniting for an HBO Max special that will raise money for When We All Vote, the Michelle Obama organization that is moving aggressively to register young voters and push vote by mail. The special will feature a stage performance of the “Hartsfield’s Landing” episode from the show’s third season.

For the first time in 17 years, the original cast of @TheWestWing_TV will come together to get out the vote. A West Wing Special to Benefit When We All Vote is coming to HBO Max this fall. pic.twitter.com/icO4R7afC7

WarnerMedia, which owns HBO Max, didn’t say when the special would be available for streaming except to say sometime in the fall. The AT&T-owned company said it will make a donation to When We All Vote. 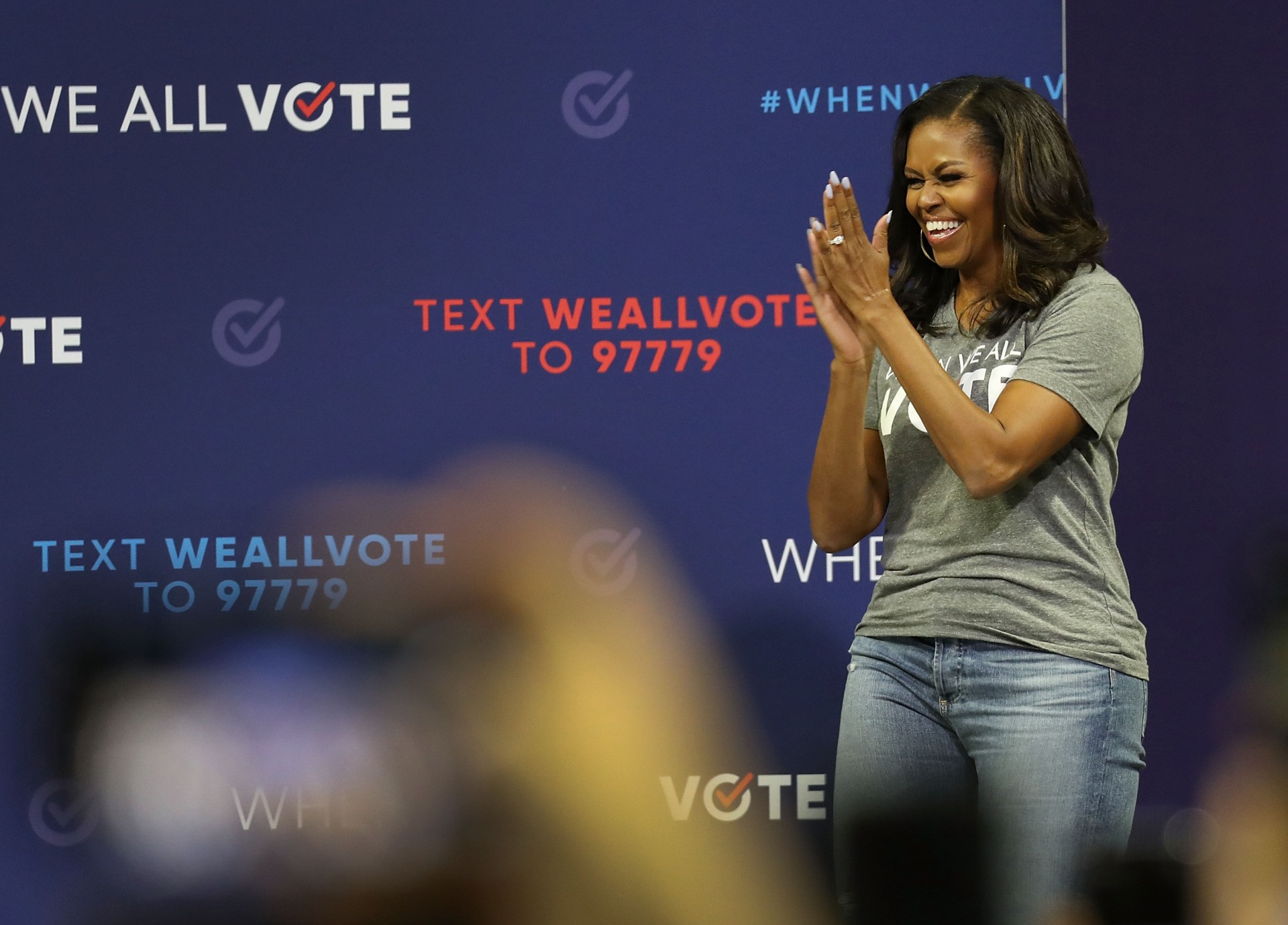 Former first lady Michelle Obama arrives on stage to speak during a When We All Vote’s National Week of Action rally at the Watsco Center at the University of Miami on September 28, 2018 in Coral Gables, Florida. Obama is the founder and a co-chairwoman of the organization that aims to help people register and to vote. (Joe Raedle/Getty Images)

A West Wing Special to Benefit When We All Vote will shoot in early October at the Orpheum Theatre in downtown Los Angeles. Original cast members who are scheduled to return include Martin Sheen, Allison Janney, Janel Moloney, Rob Lowe, Dule Hill, Richard Schiff, and Bradley Whitford.

Michelle Obama will also put in an appearance during the special, according to WarnerMedia. Thomas Schlamme, who directed many episodes and served as an executive producer on the show, is also expected to join the reunion.

“Tommy and I are incredibly excited to be getting The West Wing cast back together for this staged reading and to support When We All Vote in their efforts to get all of us involved in this election,” Aaron Sorkin said in a statement.

The “Hartsfield’s Landing” episode follows President Bartlett (Sheen) as he deals with Chinese aggression abroad and a nerve-wracking New Hampshire primary at home.