As Hollywood continues its reckoning with bad managerial behavior, former assistants to Oscar-winning movie producer Scott Rudin are once again coming forward to spill the beans on his pattern of abusive workplace practices, including an incident in which he allegedly smashed a computer monitor on an assistant’s hand and another in which he allegedly threw a stapler at an assistant and called him a “retard.”

In a lurid new report, The Hollywood Reporter details several previously unreported instances of workplace abuse and bullying allegedly committed by Rudin, the celebrated and feared producer behind such critically acclaimed movies as No Country for Old Men, The Social Network,  Lady Bird, and The Grand Budapest Hotel.

For years, Rudin, 62, has faced accusations of mistreating his assistants, with media reports dating back more than a decade detailing his volcanic temper that could boil over, allegedly, to physical violence.  But Hollywood continues to look the other way as Rudin’s movies and Broadway productions — including The Book of Mormon musical — generate big profits and awards galore. 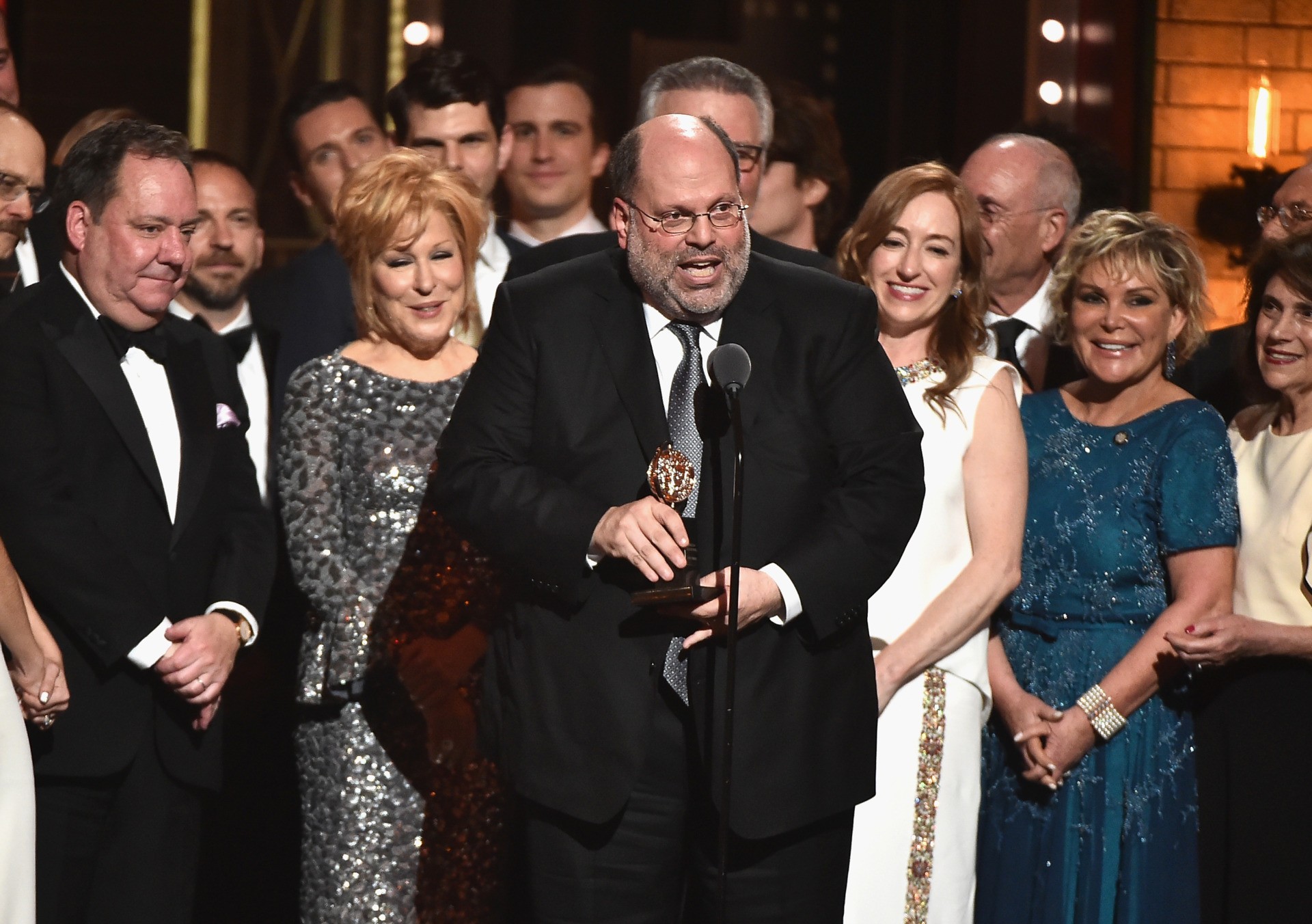 Producer Scott Rudin and the cast of Hello, Dolly! accept the award for Best Revival of a Musical onstage during the 2017 Tony Awards at Radio City Music Hall on June 11, 2017 in New York City. (Theo Wargo/Getty Images for Tony Awards Productions)

The new report comes as the entertainment industry attempts to deal with its pervasive culture of workplace bullying in which assistants have borne the brunt of bad managerial behavior. The Ellen DeGeneres Show was the most recent target, with employees claiming a toxic work environment and abusive practices by senior management.

The Reporter‘s story includes an incident in 2012 when Rudin became so enraged that one of his assistants failed to book him a seat on a sold-out flight that he allegedly smashed an Apple computer monitor on the assistant’s hand. The screen reportedly shattered, leaving the young man bleeding. The assistant went to the emergency room while Rudin dialed his lawyer.

Rudin’s company is small by Hollywood standards, with an estimated two dozen or fewer full-time staffers. Rudin, who is gay, tends to hire young male assistants who are eager to get their start in the movie or theater industries.

The producer is infamous for frequently firing, and then re-hiring, his assistants based on perceived incompetencies.

In another incident from 2018, Rudin allegedly threw a baked potato at an assistant for not knowing why people from indie distributor A24 were waiting in the lobby. “He threw it at me, and I dodged a big potato. He was like, ‘Well, find out, and get me a new potato,'” the former assistant told the Reporter.

In the end, Rudin reportedly fired the assistant, who had dropped out of college to join Rudin’s company.

A man who was Rudin’s executive assistant from 2018 to 2019 claims to have experienced and witnessed so much mistreatment — including Rudin allegedly throwing a stapler at a theater assistant and calling him a “retard” — that he quit the industry altogether.

“Every day was exhausting and horrific,” Ryan Nelson told the Reporter.

Despite his reputation, Rudin continues to work regularly with some of the best Hollywood filmmakers, including Wes Anderson, Aaron Sorkin, and the Coen brothers.

Rudin is also a prolific Broadway producer, recently backing Sorkin’s adaptation of To Kill a Mockingbird, which was a box-office hit. His other stage productions include The Book of Mormon as well as acclaimed revivals of Fences, A Raisin in the Sun, and The Iceman Cometh, all of which starred Denzel Washington.