Joe Biden supporter Chrissy Teigen has issued an apology for her past online bullying after losing lucrative business deals in the wake of her scandal. Retailers including Bloomingdales, Macy’s, and Target have reportedly parted ways with the Left-wing Hollywood celebrity after it was revealed she once told a young woman to commit suicide.

“I was a troll, full stop. And I am so sorry,” Teigen wrote in a Medium post Monday. “I want to go a little further here, thinking of those I’ve hurt and friends I’ve disappointed.”

She also said she is “truly ashamed” of her past tweets. 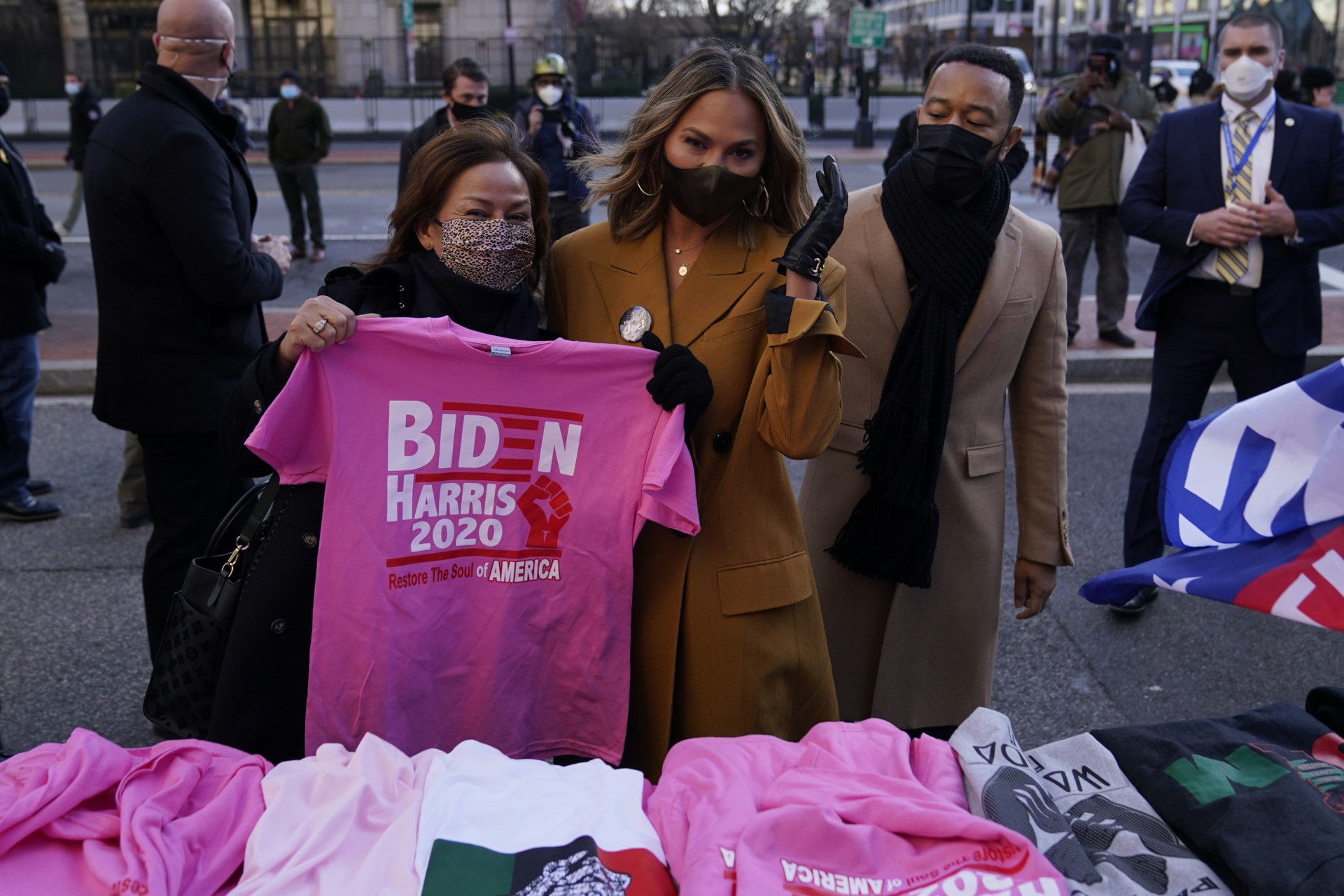 Chrissy Teigen, who endorsed Joe Biden’s bid for the White House and flew on a private jet with husband John Legend to Biden’s inauguration., didn’t reference specific tweets in her apology, referring to them in a general way.

“There is simply no excuse for my past horrible tweets. My targets didn’t deserve them. No one does,” she wrote. “Many of them needed empathy, kindness, understanding and support, not my meanness masquerading as a kind of casual, edgy humor.”

Now, confronted with some of the things that I said, I cringe to my core. I’ll honestly get sharp, stabbing pains in my body, randomly remembering my asshole past, and I deserve it. Words have consequences and there are real people behind the Twitter handles I went after. I wasn’t just attacking some random avatar, but hurting young women — some who were still girls — who had feelings. How could I not stop and think of that? Why did I think there was some invisible psycho-celebrity formula that prevents anyone with more followers from experiencing pain? How did I not realize my words were cruel? What gave me the right to say these things?

Teigen came under fire last month when model and reality TV personality Courtney Stodden revealed that Teigen bullied her, including pressuring her to kill herself.

“[Teigen] wouldn’t just publicly tweet about wanting me to take ‘a dirt nap’ but would privately DM me and tell me to kill myself. Things like, ‘I can’t wait for you to die,'” Stodden told The Daily Beast.

Other celebrities whom Teigen allegedly targeted for online harassment include Lindsay Lohan and Farrah Abraham.

Following the scandal, Teigen lost deals with Bloomingdales, Macy’s, and Target to carry her line of home products. She also withdrew from a voice role in Netflix’s Never Have I Ever.

Teigen first apologized in May, telling Courtney Stodden that she was “deeply sorry.”

is nothing compared to how I made Courtney feel. I have worked so hard to give you guys joy and be beloved and the feeling of letting you down is nearly unbearable, truly. These were not my only mistakes and surely won’t be my last as hard as I try but god I will try!!

And I am so sorry I let you guys down. I will forever work on being better than I was 10 years ago, 1 year ago, 6 months ago.

In 2019, Chrissy Teigen famously feuded with then-President Donald Trump, with the president calling her “filthy mouthed.” Teigen replied by calling the president a “pussy ass bitch.”