The star of Disney’s streaming series The Falcon and the Winter Soldier had hoped to add a dig at Donald Trump and his voters during his woke closing monologue, but producers nixed the idea at the last minute, he said.

According to The Falcon and the Winter Soldier (FAWS) head writer Malcolm Spellman, the Disney + series purposefully dove into politics from the first episode. In an interview with Variety, Spellman commented on how the series touches on contemporary politics, from Black Lives Matter to the coronavirus pandemic. 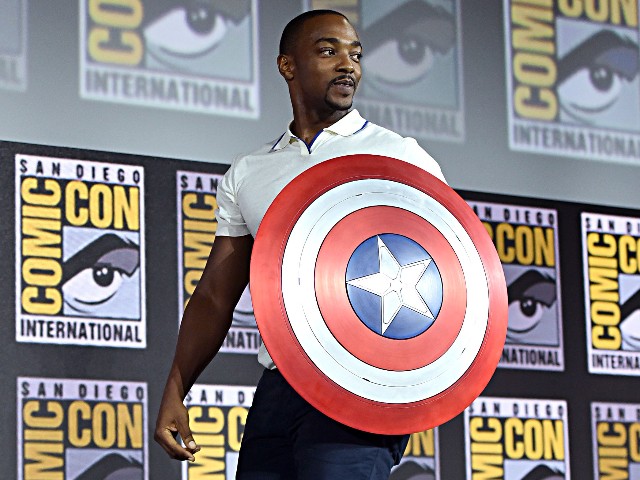 But if it were to be up to star Anthony Mackie, there would have been one veiled attack on Donald Trump and Trump voters whom Mackie wanted to be labeled as anti-American.

Mackie made his comment during Marvel Studios and Disney’s Drive-In FYC event at the Rose Bowl on Saturday night. The event, meant to highlight Marvel’s latest properties, featured segments by Marvel chief Kevin Feige and other producers and directors, along with stars including Carl Lumbly, Elizabeth Olsen, and Paul Bettany, Yahoo Entertainment reported.

During his segment, Mackie admitted that he wanted to use the phrase “make America great again” in his series ending woke monologue.

“With all of the protests and everything that went on in 2020, there were just as many Brown people as Black people as white people as Asian people. Everyone, everyone in this country at this time wants to see a change, and that monologue sums that up a beautiful way,” Mackie told the audience.

But, he went on to add that he wanted to use the phrase to reframe the description as an attack on those he clearly thinks had been using the phrase as an act of exclusion.

“One thing I wanted to put at the end of the monologue, and it got shot down,” Mackie said, “was if we’re going to ‘make America great again,’ it has to be done by Americans. And no matter what your race, creed, color, or sexuality is, you’re an American. And that’s what I think the new Captain America captures.”

The FAWS series included many political riffs as well as references to the coronavirus. One scene, for instance, showed the Falcon, aka Sam Wilson (Anthony Mackie), visiting a bank, and a banker asks about his income with suspicion and ultimately turns him down for a loan.

Head writer Malcolm Spellman told Variety this scene, where a white banker turns down a black man for a loan, was one of the show’s social comments.

He added that another “pointed” segment was when an episode ended with Falcon finding out that the government lied to him and did not tell him he would not be Captain America’s replacement because he isn’t white.

Spellman also said that making the writer’s room for the show “all-black” was a specific plan from the beginning because a vital theme of the series focused on whether a black man could even be an American hero because America is too racist to accept a black hero.