The boyfriend of pop star and Joe Biden supporter has issued an apology for racist and homophobic social media posts just days after Eilish herself was embroiled in her own race scandal.

Matthew Tyler Vorce, a budding actor, has apologized for using “hurtful” and “irresponsible” language but he didn’t elaborate on the nature of the slurs in a message posted to Instagram stories, according to multiple reports.

Screen shots of old posts show Vorce using the n-word for black people and the f-word for gay people. He also made disparaging remarks about pop star Adele, describing her as “British Miss Piggy” in a tweet from 2012.

“I want to apologize for the things I wrote on social media in the past,” Vorce wrote. “The language I used was hurtful and irresponsible and I understand how offensive those words are.’ 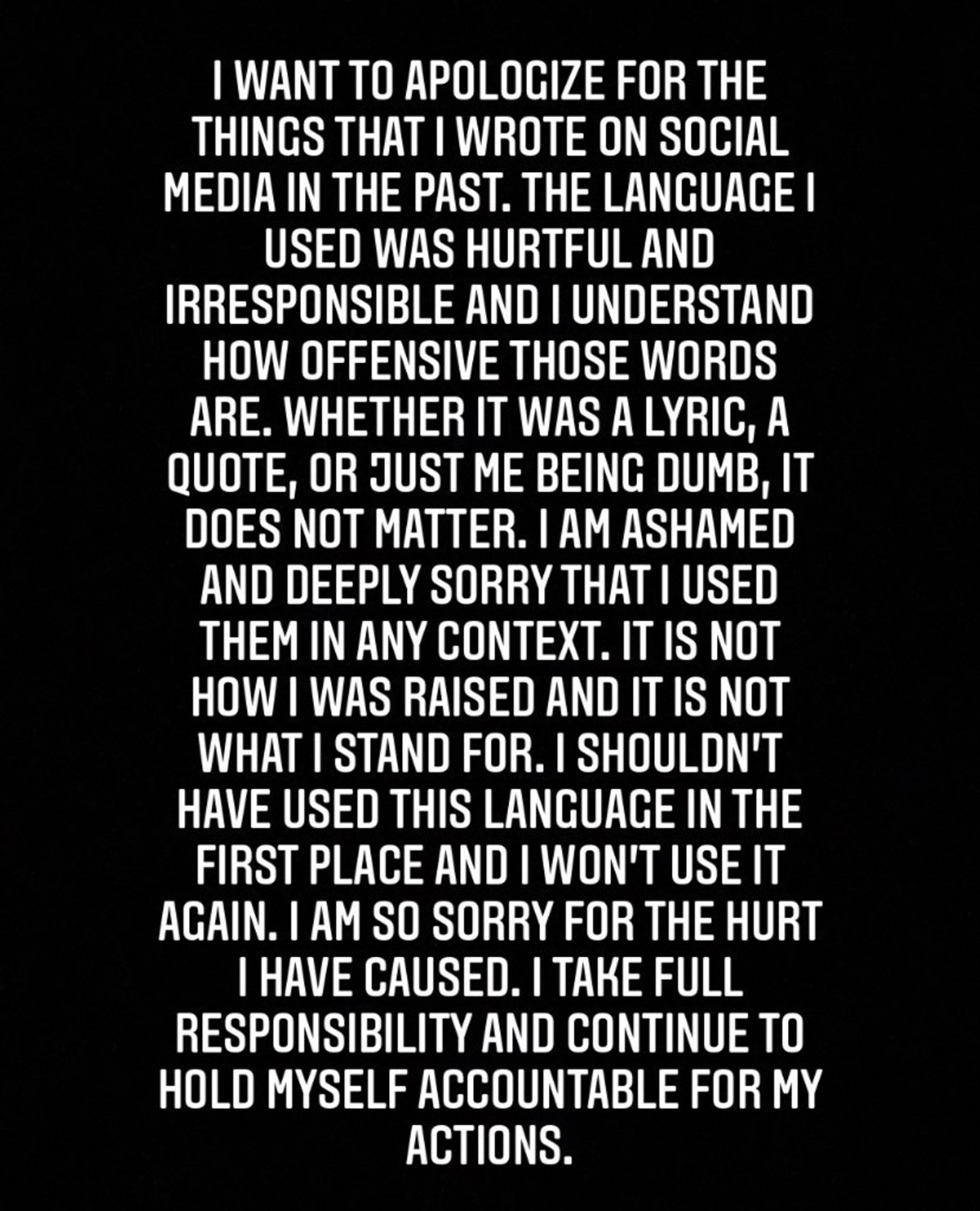 He added: “I am ashamed and deeply sorry that I used them in any context. It was not how I was raised and it is not what I stand for… I take full responsibility and continue to hold myself accountable for my actions.’

Earlier this week, Billie Eilish found herself in her own race scandal when a Tiktok video emerged appearing to show the Grammy-winning pop star mocking Asians by speaking gibberish in a faux Asian accent and using the word “chink.”

Eilish hasn’t publicly commented on the video. The pop star was a vocal Biden supporter, appearing at last year’s Democratic National Convention where she attacked then-President Trump, saying he was “destroying our country and everything we care about.”

The singer also marched in a Black Lives Matter protest last year, taking a knee in support of social justice in the wake of the death of George Floyd.