Actor and Happy Days star Henry Winkler, who once said he was thrilled to “help make Donald Trump a one-term President,” took to Twitter to proclaim that the United States needs a “cataclysmic event” in order for the nation to be brought “back together.”

“We are So divided as a country .. only a cataclysmic Event, that makes us depend on one another again, can bring us back together,” the Arrested Development actor tweeted, without offering any further context.

We are So divided as a country .. only a cataclysmic Event , that makes us depend on one another again , can bring us back together

Winkler’s remarks left fans seemingly confused, as they responded to the actor’s tweet sharing their reactions.

“What exactly are you wanting, a super volcano? We’ve had a killer virus, brush fires that burned through Australia and the US. Huge heat waves, ice storms, mud slides, tsunamis, hurricanes, giant F5 tornados,” one Twitter user reacted.

“I love that you are this idealistic, but over half 1 million Americans have died of Covid. If that didn’t work, nothing will,” another wrote.

One Twitter user insisted Winkler “means well with this tweet,” and encouraged commenters to “give him a break,” adding that the actor “is one of the nicest celebrities I’ve ever met.”

Henry Winkler is one of the nicest celebrities I’ve ever met. A genuinely good person. He means well with this tweet, so give him a break.

Another Twitter user commented, “We just had a cataclysmic event. It didn’t work,” to which the actor responded, “The Pandemic pushed the world inside creating a world apart.”

The Pandemic pushed the world inside creating a world apart

While it remains unclear what type of catastrophic event HenryWinkler had in mind, the actor’s response suggests that maybe the Chinese coronavirus pandemic is not it. 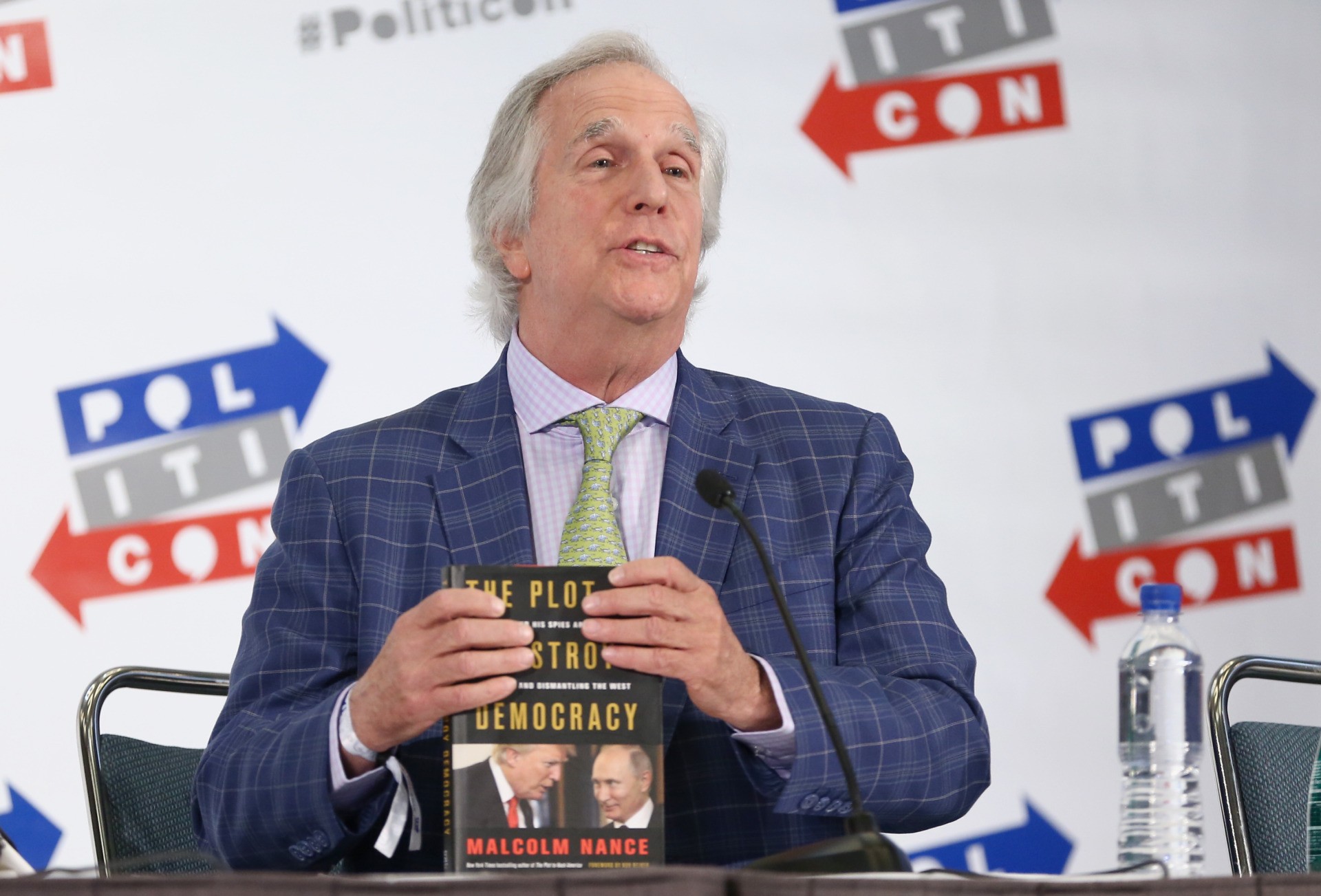 In October, Winkler was one of the Happy Days cast members who came together to take part in an eleventh hour virtual fundraiser to raise money to support the Democrat Party of Wisconsin’s push to flip the Badger State for Joe Biden in presidential election. “We’re thrilled a show made famous in Milwaukee is coming back home to help make Donald Trump a one-term President,” said Winkler. “We know all roads to the White House go through the Badger State, and with the cast of ‘Happy Days’ helping us raise money to take back the White House, we believe even more we can deliver a victory on Nov. 3.”