As we all no know, Wallen was caught — apparently by a snitch neighbor’s doorbell camera — coming home drunk late one night with his white pals using — not the N-word, but the other N-word, the one that ends with an “a” — “ni**a.”

Also of note is that he did not use the word to denigrate his friend or to denigrate any race or creed. He was just talking shit and used the word as slang, which was perfectly fine (if frowned upon) before the Woke Nazis seized control of our major institutions.

In other words, Wallen, who’s only 28-years-old, did exactly what Hunter Biden did (repeatedly), But because Wallen is a southerner and Hunter is a powerful Democrat’s son, Hunter paid no social price while Wallen lost his entire career. Wallen lost his management, radio, and streaming airplay, and all the award shows dropped him.

And so, unlike Hunter, Wallen’s now in groveling mode to prove to the Woke Nazis he’s been re-educated and deserves a second chance.

In an exclusive interview with Good Morning America‘s Michael Strahan today, a somber Wallen, in his first major interview since the February incident, expressed remorse and contrition over his use of the N-word, and said his actions that night followed several days of heavy drinking.

“I had some of my longtime friends in town and we had been partying that weekend and we figured we’d just go hard for the two or three days that they were there,” Wallen told ABC’s Strahan.

Wallen told Strahan that, although the album was selling well prior to the scandal, “me and my team noticed that when the incident happened there was a spike in my sales. We tried to calculate how much it actually spiked from this incident and we got to a number around $500,000 and we decided to donate that money to some organizations, BMAC being one.” 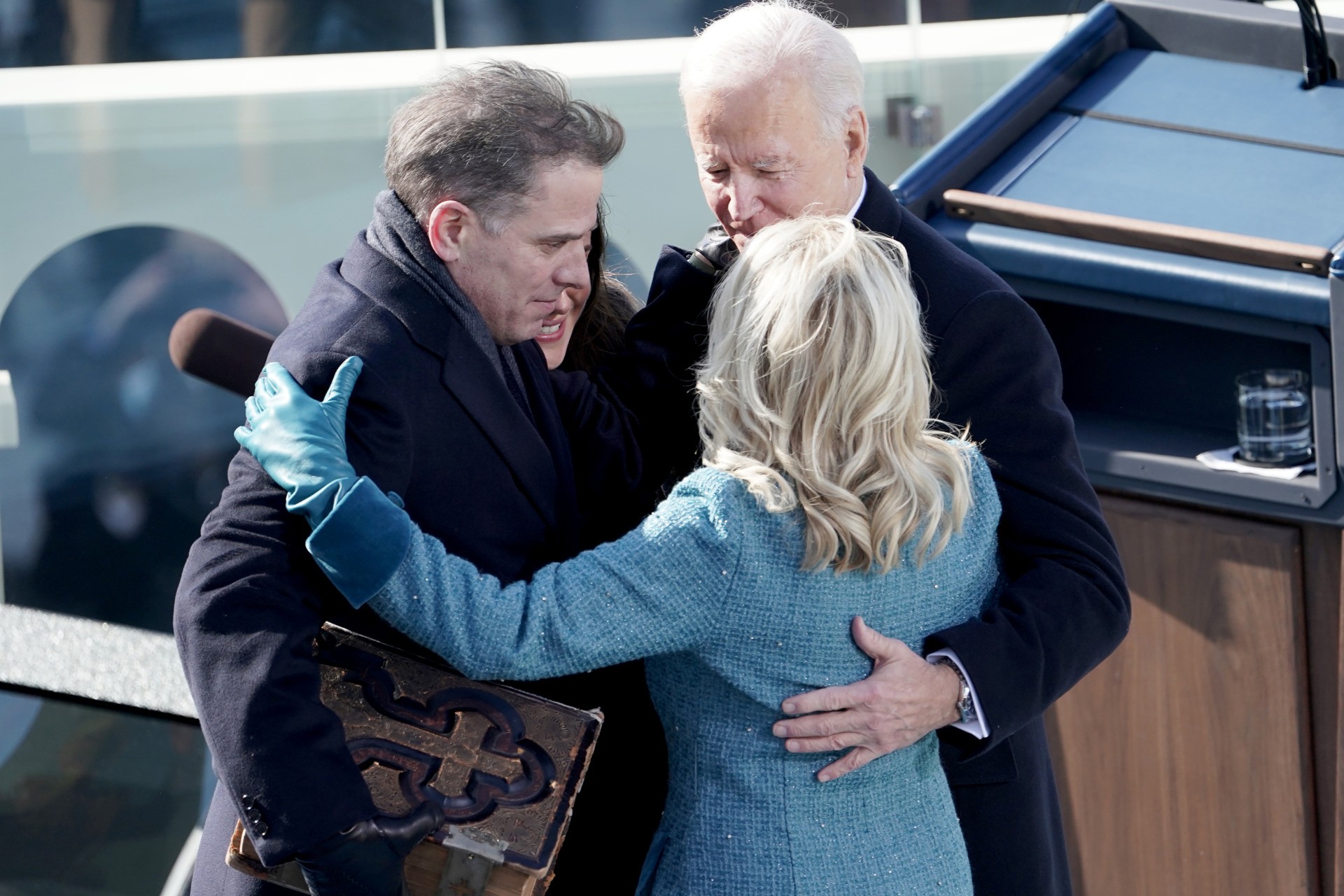 President Joe Biden hugs his family after taking the oath of office during the 59th Presidential Inauguration on January 20, 2021 in Washington, DC. During today’s inauguration ceremony Joe Biden becomes the 46th president of the United States. (Greg Nash – Pool/Getty Images)

To sum up: Wallen grew up during a time where “ni**a became an acceptable slang term, he’s lost his management, his airplay, his chance at winning all kinds of awards; he’s gone to rehab, tossed away $500,000, and now he’s groveling on national TV. So when does the Woke Gestapo say the punishment fits the crime? What’s left for Wallen to do to be granted forgiveness?

Well, maybe he should ask Joe Biden to adopt him.

That would do it.

All I can say is fuck these Woke Nazis and their double standards and their fascism and sadism. These people are goddamned monsters, and I just hope I live long enough to see the truth of that recorded and to see them see that recorded.