The woke NBCUniversal broadcasted a woke Olympics Opening Ceremony on Friday, and the verdict is in: the display was “depressing as hell,” a Daily Beast headline screamed.

Corporate media has been quick to trash the Tokyo Olympics opener as a somber production performed to a “sea of empty seats,” which is a striking departure from descriptions of colorful and bombastic opening ceremonies in Olympics’ past. The nearly four-hour long NBCUniversal broadcast leaned “chillingly more Death Star than Panhellenic” from a “virtually locked down Tokyo” which was a “made for TV event in almost all the worst ways,” Deadline reported.

“Ever imagine what it would be like if they held an Olympics and almost nobody came?” Deadline asked. “Well, with Japanese-born tennis superstar Naomi Osaka holding the flame and lighting the cauldron, today’s opening ceremony of the coronavirus hobbled Games of the XXXII Olympiad live from the island nation provided an answer to that query — and it was ultimately neither engaging nor enjoyable.”

Tokyo was originally supposed to host the 2020 Olympics, but the event was canceled when the virus first emerged.  A majority of Japanese citizens reportedly did not want the Tokyo Games to go forward this year, as the country continues to battle the Chinese coronavirus. However, the International Olympic Committee (IOC) President Thomas Bach said Japan must “make some sacrifices” to “make this possible,” a statement which only increased Japanese opposition to the games.

“The proceedings nevertheless kicked off today with a mournful mishmash of a ceremony that only emphasized its dark context,” the Atlantic reported, calling the ceremony “haunting” and “ambivalent.”

“It was a celebration suited to an Olympics that many aren’t sure should exist at all,” the publication continued.

According to the New York Times, the performances themselves aimed to “divert the message of the Games away from the pandemic and scandals and toward the more anodyne themes of peace and global harmony.”

“But that messaging may have little resonance with the Japanese public, as coronavirus infections in Tokyo have risen to a six-month high and the domestic vaccine rollout has proceeded slowly,” the Times reported.

During quieter moments in the show however, “protesters outside the stadium could be heard yelling ‘Stop the Olympics” through bullhorns.'”

“Where Japan had, before the COVID crisis, prepared for and deserved a spectacle, it got roughly an hour of half-hearted showcase before Savannah Guthrie was brought in to vamp the Parade of Athletes,” the Beast reported.  “Fifty-seven years ago, Japan used the summer Olympics Opening Ceremony to announce itself to the world as a modern, fruitful society. This year, the cameras are focusing on it as a cautionary tale.” 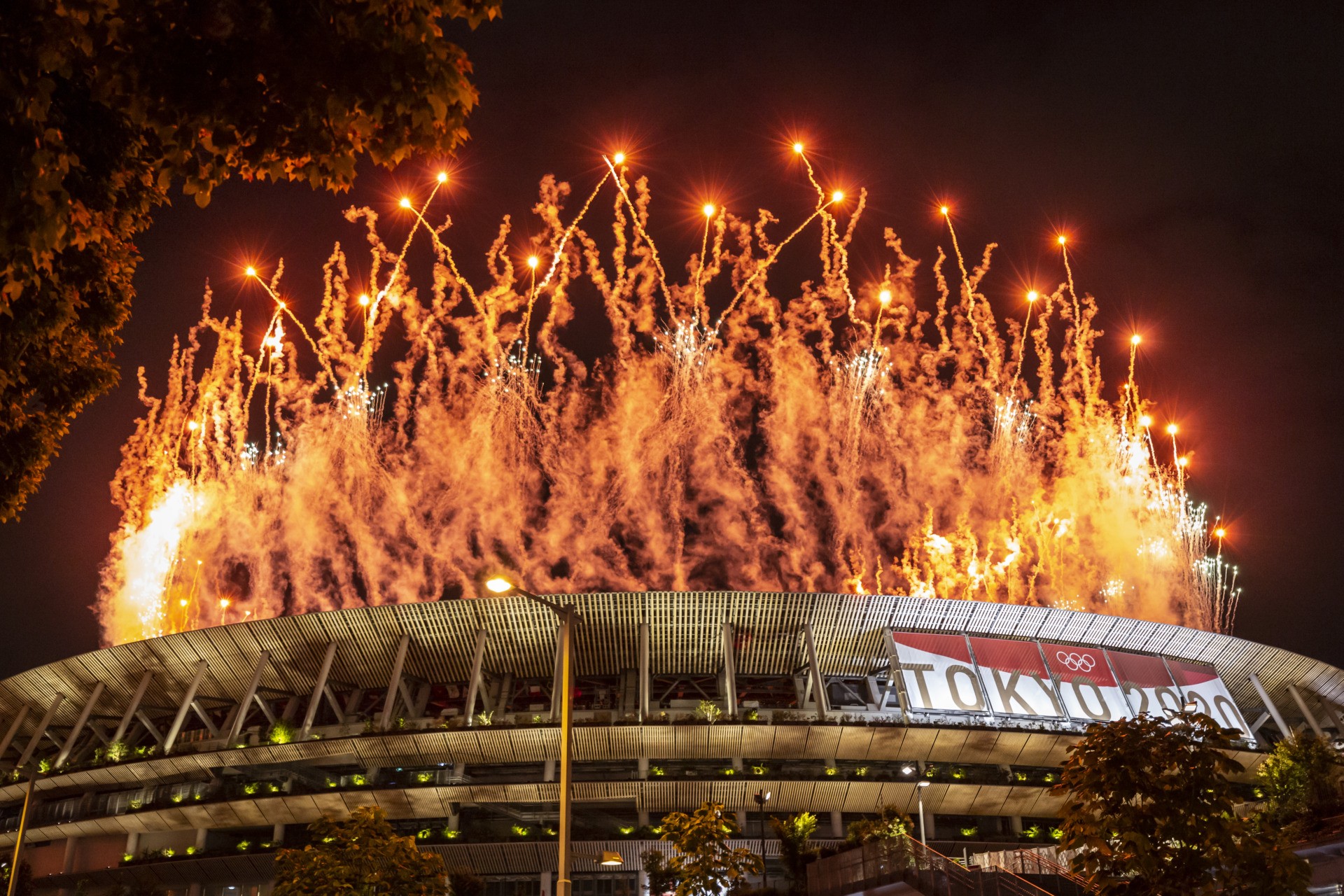 Fireworks are seen during the Opening Ceremony of the Tokyo 2020 Olympic Games at Olympic Stadium on July 23, 2021 in Tokyo, Japan. (Yuichi Yamazaki/Getty Images)

By the woke media’s own admission, the woke Olympics began on a sour note — a sentiment which cannot be good for NBCUniversal’s ratings or its new streaming service “Peacock.”