“I’m here to say to the squad, and especially AOC — who, you know, did make a lot of promises — that we still have faith in you, and we would like to see if you have a better plan than we’ve been able to see, please share it,” said Sarandon, according to a report by Independent.

The actress — who went on to say that she’s starting to lose hope that Ocasio-Cortez represents her district — was speaking at an event advertised as a Medicare for All rally, outside the congresswoman’s Bronx office.

“If there’s a pathway that you’ve got that we’re not aware of, please share it, because we’re losing hope here that you represent us,” Sarandon continued. “It’s so difficult for people that are independent to get elected in the first place, and then to see the very people that sponsored the bill not stand up for it, is very disheartening.” 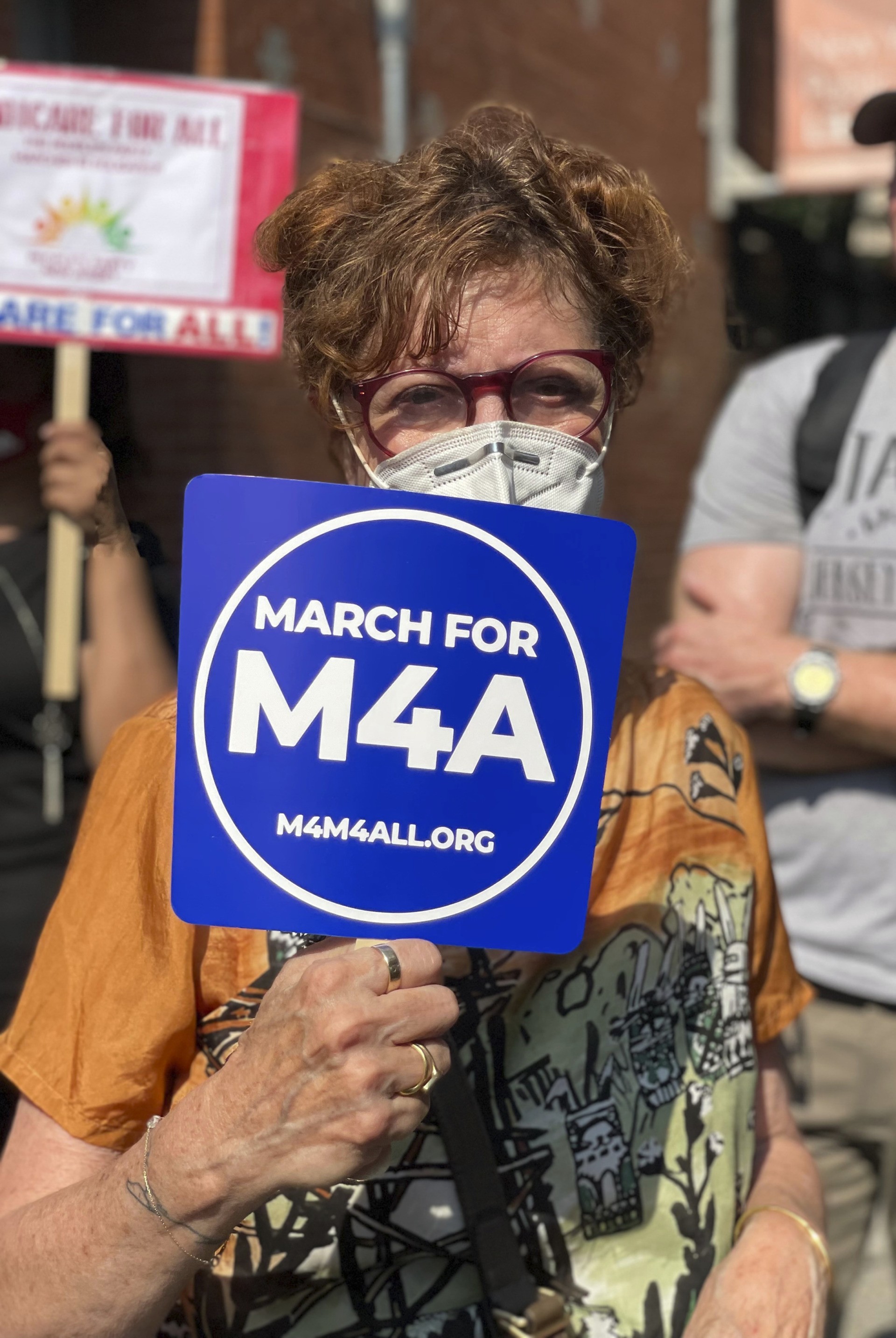 Susan Sarandon at the Medicare for All Rally at Alexandria Ocasio-Cortez Office in the Bronx, New York City on July 26, 2021. Rainmaker Photos/MediaPunch /IPX

Sarandon and other protesters were demanding that Ocasio-Cortez “call on Biden to declare a pandemic public health emergency and expand Medicare to every American using Section 1881A of the Social Security Act,” according to the actionnetwork.org event page.

The protesters also demanded that Ocasio-Cortez “use every legislative tool available to pass Medicare for all in Congress,” as well as her “huge social media followings, ability to get press, and celebrity to organize direct actions for Medicare for all.”

Rep. Ocasio-Cortez is not the only lawmaker that Sarandon is upset with.

Earlier this year, the actress called out President Joe Biden and other Democrat leaders over their failure to make good on their campaign promises to deliver $2,000 stimulus checks to Americans hit hard by the coronavirus pandemic.

“Where are the $2K checks you promised,” Sarandon demanded, adding, “If voters feel like Dems are pulling a bait and switch, don’t be surprised when they don’t show up in 2022 or 2024.”