Actor Johnny Depp scored a victory this week in his ongoing post-divorce legal drama after a judge determined that ACLU must reveal if Amber Heard donated $7 million to the civil rights group — an action she pledged to take.

Depp and Heard divorced in 2016, and the Aquaman actress publicly vowed to give half of her $7 million settlement to the ACLU and the other portion to the Children’s Hospital Los Angeles. Some reports indicate Heard only donated $100,000 to the children’s hospital, spurring the Pirates of the Caribbean star’s suspicion that she did not donate $3.5 million of the settlement to the ACLU, triggering the lawsuit. 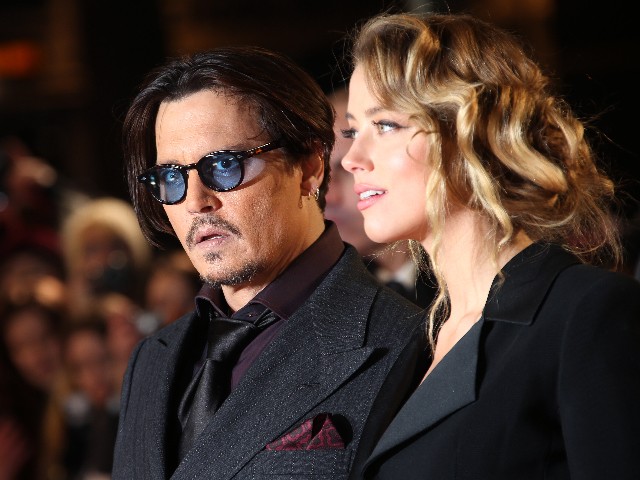 Actor Johnny Depp and Amber Heard pose for photographers upon arrival at the premiere of the film Mortdecai, in London, Monday, Jan. 19, 2015. (Joel Ryan/Invision/AP)

A New York judge delivered a victory for Depp, requiring the ACLU to release documents to show whether Heard did, in fact, make the donation to the organization as claimed.

The update connects to the Edward Scissorhands star’s other lawsuit against the Washington Post over an op-ed Heard supposedly wrote entitled, “I spoke up against sexual violence and faced our culture’s wrath.” While the article did not name Depp as an abuser by name, the actor sued for defamation, contending it was obvious she was implicating him.

A piece from the Daily Mail “claims that emails between those writing the piece show that the ACLU penned the bulk of the WaPo op-ed,” as Breitbart News detailed:

The bevy of emails published by the Daily Mail appears to show members of the ACLU engaging in a lengthy back-and-forth exchange with Heard’s lawyers as they made suggestions on what should appear in the op-ed.

One email even seems to prove that Heard understood that others were writing her piece because she specifically thanked the ACLU’s Robin Shulman. “Everyone was very impressed. Thank you for finding my voice,” Heard wrote.

Depp’s attorney, Adam Waldman, says the emails “prove” that the ACLU wrote the “false op-ed for her and were co-conspirators from the start.”

“Those who scheme, write, and publish defamation, even purported free speech advocates, are not immune from the consequences,” Depp’s lawyer added at the time.

Heard admitted she penned the op-ed “with the assistance and advice of others.”