Far-left documentary filmmaker Michael Moore compared Christian conservatives to the Taliban, likening oppressive Islamic law to “how a lot of Southern Baptists want it to be” in America and classifying both Christians and the members of the jihadist organization as “religious nuts.”

“They’re religious nuts, but we’ve got those here too,” Moore said in an interview with Variety, caveating his concerns of the Taliban stripping away the rights of women by asserting that the U.S. also has issues with religious fundamentalists.

“But they said yesterday in their press conference that girls’ schools are going to remain open. Okay. We’ll see. They also said they are going to operate under Islamic law,” the Sicko creator said. “That’s exactly how a lot of Southern Baptists want it to be here too. In a lot of parts of the country, we are following dictates of conservative Christians. It’s wrong there and it’s wrong here.” 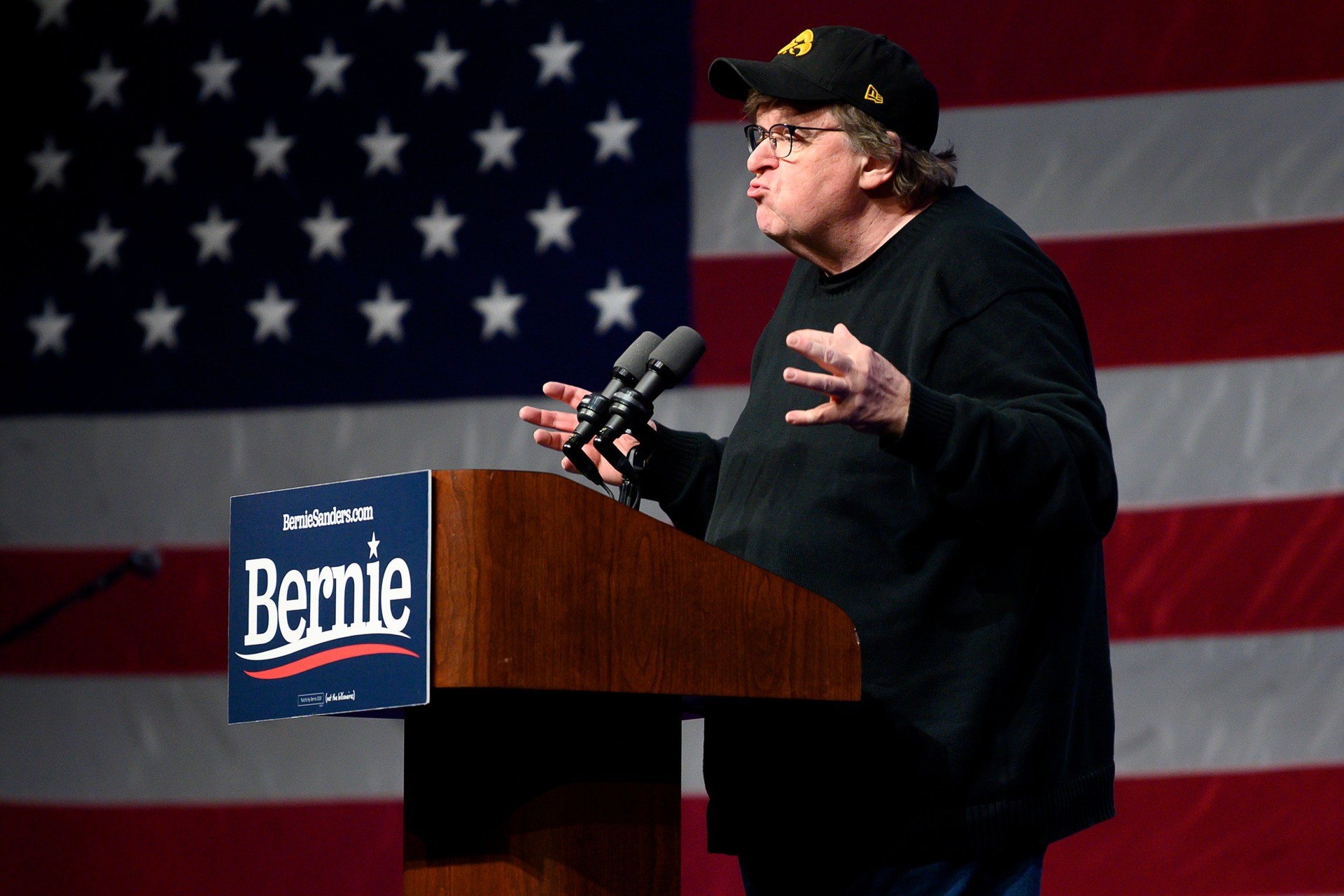 It remains unclear how Moore justifies the comparison, as Christians in the U.S. are not, for example, murdering individuals for having religious apps on their phones. According to reports, the jihadist organization is killing people in Afghanistan if they find they have copies of the Bible on their phones, using “spies and informants” to persecute the Christians in the country.

“We’re hearing from reliable sources that the Taliban demand people’s phones, and if they find a downloaded Bible on your device, they will kill you immediately,” said SAT-7 North America President Dr. Rex Rogers said, according to the Religion News Service. “It’s incredibly dangerous right now for Afghans to have anything Christian on their phones. The Taliban have spies and informants everywhere.”

“Our brothers and sisters in Christ are telling us how afraid they are,” a contact of one Release International partner said, claiming that girls are “not allowed to go to school and women are not allowed to leave their homes without a male companion.” 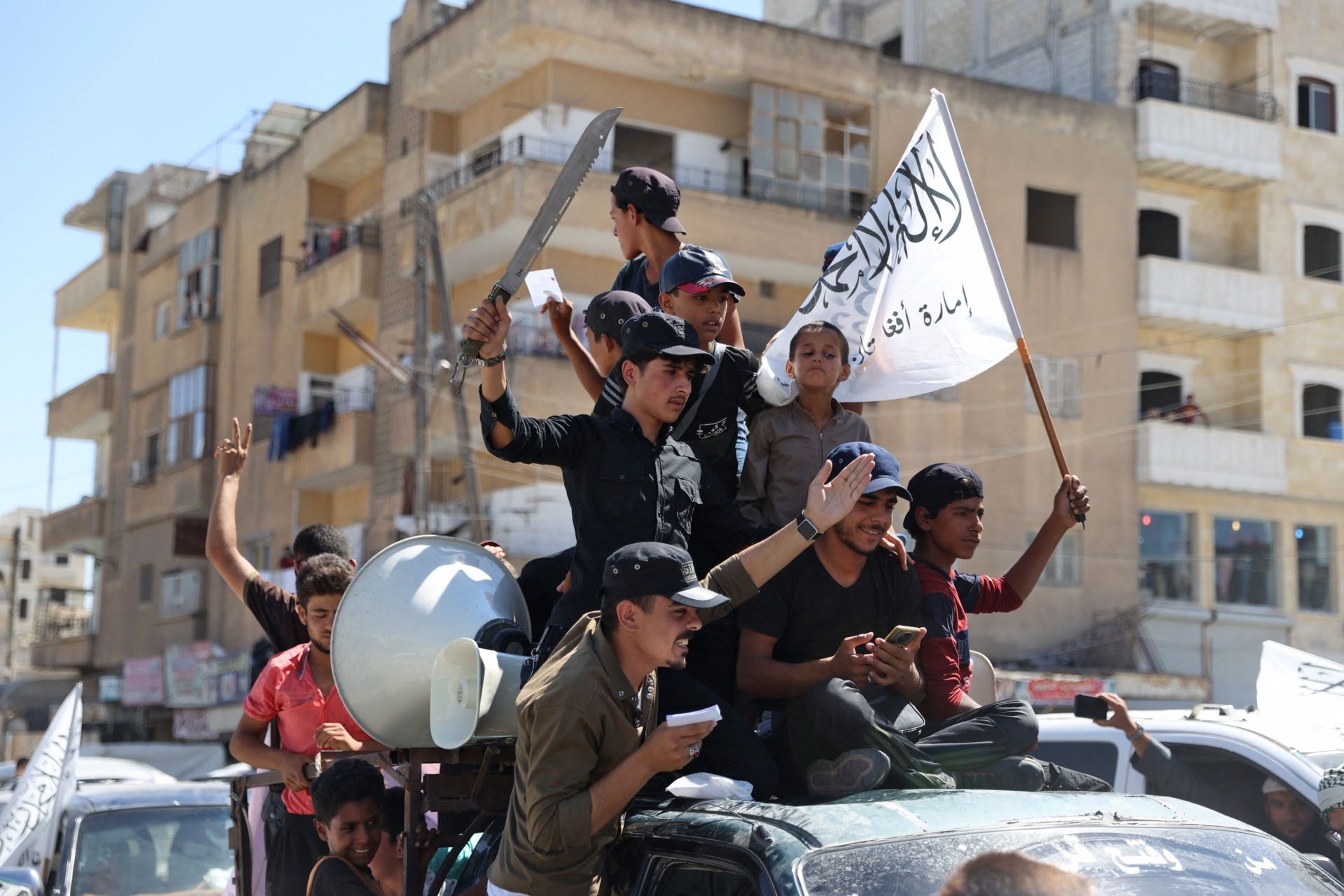 Members of Syria’s top jihadist group the Hayat Tahrir al-Sham (HTS) alliance, led by al-Qaeda’s former Syria affiliate, parade with their flags and those of the Taliban’s declared “Islamic Emirate of Afghanistan” through the rebel-held northwestern city of Idlib on August 20, 2021. – The armed group that formally broke ties with al-Qaeda years ago is considered to be the most prominent jihadist group in Syria after a decade of war. HTS controls nearly half of the Idlib region — the last remaining opposition bastion in Syria — alongside other less influential groups. (OMAR HAJ KADOUR/AFP via Getty Images)

According to Open Doors, Afghanistan was the second most dangerous place for Christians to live, and that was before the Taliban seized the U.S.-backed government. The organization rates the persecution level as “extreme” on the World Watch List.

“All Christians in Afghanistan are extremely vulnerable to persecution. Areas controlled by the Taliban are particularly oppressive, but there is no safe way to express any form of Christian faith in the country,” the organization states.

In its 2020 Report on International Religious Freedom, the State Department documented widespread death threats against Christians — most commonly from family members — and from officials. Christians in Afghanistan were forced to practice their faith underground and meet with small groups to worship.

Christians also faced significant legal persecution under the U.S.-backed government. Apostacy, the “crime” of renouncing Islam for a different faith, was punishable by death, imprisonment, or confiscation of property. Anyone who preaches another religion is subject to the same punishment. After conversion to a different religion, an individual was given three days to recant before they face punishment for apostasy.

Moore is far from the first leftist to baselessly compare American Christians to the Taliban terrorists. Senior pundits at MSNBC, including Joy Reid.– who said America has “our own far religious right” that is “dreaming of a theocracy that would impose a particular brand of Christianity” on American society — have done the same:

This is the real-life Handmaid's Tale. A true cautionary tale for the U.S., which has our own far religious right dreaming of a theocracy that would impose a particular brand of Christianity, drive women from the workforce and solely into childbirth, and control all politics. https://t.co/R1lSCSUVwv