Portland has renamed a new bridge after the aggressively friendly Simpsons character Ned Flanders, reportedly in an effort to promote kindness in the crime-ridden, Democrat-controlled city.

A new pedestrian and bicycle bridge in Portland has been named “Ned Flanders Crossing” after the Simpsons character created by Portland native and the city’s Lincoln High School graduate Matt Groening, according to a report by KPTV.

The bridge — which opened to the public on June 4 — is reportedly the first official Simpsons-related Portland location named in honor of a character from the show.

The Ned Flanders Crossing bridge was originally named the Flanders Crossing but was changed to the full name of the character in hopes that it will encourage citizens to be nice to each other, according to a report by Daily Mail.

Portland Mayor Ted Wheeler reportedly claimed that Ned is a perfect example for the promotion of kindness in the city. 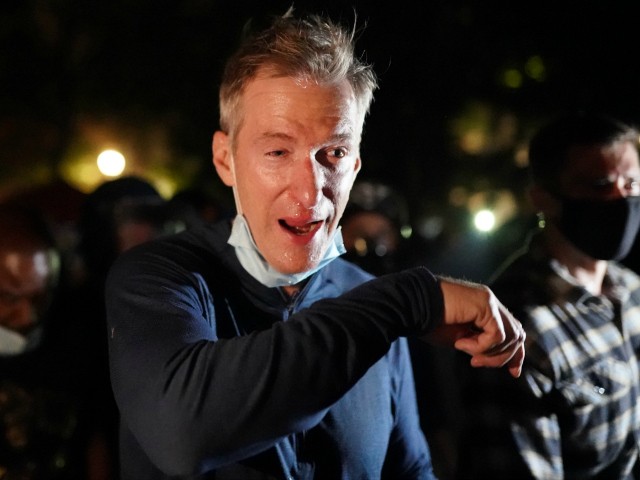 Mayor Ted Wheeler reacts after being exposed to tear gas fired by federal officers while attending a protest in front of the Mark O. Hatfield U.S. Courthouse on July 22, 2020 in Portland, Oregon.  (Nathan Howard/Getty Images)

“Ned Flanders has been a quintessential emblem of good neighborliness for over 30 years, keeping his cool and trying his best to be a good neighbor even when confronted with his rather difficult neighbors, the Simpsons,” Wheeler said.

As of August, Portland suffered 56 homicides, which makes 2021 the city’s deadliest year since 1994, when a total of 55 people were killed, according to a report by US News and World Report.

Naming the bridge after a cartoon character — rather than naming it after a figure of historical significance — also appears to be a safe choice, as the city’s residents have destroyed monuments in the past year, in the wake of wokeness gone wild.

In June 2020, protesters in Portland toppled a statue of George Washington — the first president of the United States — and draped it in a burning American flag.

The statue was also spray painted with “1619,” likely in reference to “The 1619 Project,” a race-essentialist propaganda project led by New York Times writer Nikole Hannah-Jones, who claims the United States was founded on the institution of slavery, as well as the “legalized discrimination against black Americans.”

In October, Portland rioters toppled statues of Presidents Abraham Lincoln and Theodore Roosevelt during an “Indigenous Day of Rage,” following months of left-wing unrest in the city.