NEW YORK (AP) — “Shang-Chi and the Legend of the Ten Rings” stayed on top at the box office, collecting $35.8 million in ticket sales in its second weekend, according to studio estimates Sunday.

That total was good enough for the best second-weekend gross of any film during the pandemic, edging out the previous Marvel movie, “Black Widow.” This year, relatively few films have held well in theaters either because they’ve been streaming simultaneously at home or because moviegoers’ attention fades.

“Shang-Chi” is playing exclusively in theaters, and its second-week drop, 53%, was relatively modest. In two weeks of release, it has grossed $247.6 million globally. At its current pace, “Shang-Chi,” the first Marvel movie to star an Asian superhero (played by Simu Liu), may become the top summer release at the North American box office. Globally, its path is less certain. “Shang-Chi” currently doesn’t have a release date in China. Worldwide, Universal’s “Fast and Furious” sequel “F9” has fared better than any other pandemic release with more than $714 million in ticket sales. 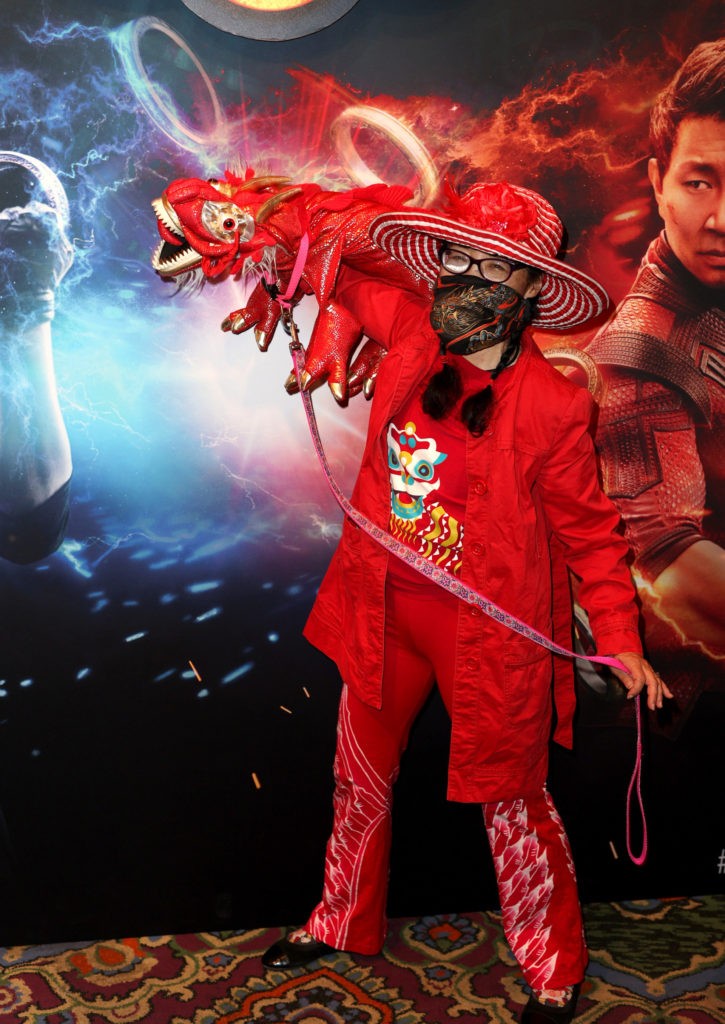 Fans are shown at a special screening Marvel Studio’s “Shang-Chi and The Legend of The Ten Rings” at El Capitan Theatre on September 02, 2021 in Los Angeles, California. (Photo by Kevin Winter/Getty)

The $90 million four-day Labor Day weekend opening for “Shang-Chi” was widely seen as an encouraging sign for the industry amid the coronavirus surge in the U.S. On Friday, Disney announced that all of its remaining 2021 releases, including Marvel’s “Eternals,” will open exclusively in theaters, and not land on Disney+ at the same time. That was how “Black Widow” opened, prompting a lawsuit from star Scarlett Johansson.

Warner Bros.’ “Malignant,” a horror thriller directed by James Wan, was the only sizable new competition for “Shang-Chi.” It debuted softly with $5.6 million. Overseas, it added $6.3 million from 69 markets. Like all Warner Bros. releases this year, “Malignant” was also released on HBO Max for subscribers. The studio has said it will return to debuting films with an exclusive theatrical window next year.

The weak debut for “Malignant” allowed Disney to also take the second spot this weekend. The Ryan Reynolds action comedy “Free Guy,” from Disney’s 20th Century Studios, grossed $5.8 million in its fifth week of release, bringing its domestic tally to $101.5 million. It has made $276 million worldwide.

The specialty film business also showed some signs of life heading into the fall season. Shortly after its premiere at the Venice Film Festival, Paul Schrader’s “The Card Counter,” starring Oscar Isaac, launched with $1.1 million in 580 theaters for Focus Features. In the film, Isaac plays a professional gambler with a dark military past.