Comedian Norm Macdonald, known for his standout “Weekend Update” hosting for Saturday Night Live, has passed away at 61.

The Canadian-born entertainer had been diagnosed with cancer nine years ago but continued to work without disclosing his healthcare battle, according to a close associate quoted in Deadline:

Macdonald’s death was announced to Deadline by his management firm Brillstein Entertainment. The comedian’s longtime producing partner and friend Lori Jo Hoekstra, who was with him when died, said Macdonald had been battling cancer for nearly a decade but was determined to keep his health struggles private, away from family, friends and fans.

Macdonald — a master of deadpan, seemingly meandering delivery, and non-sequiturs designed to throw his co-stars off-balance — began his career as a stand-up comedian in the mid-1980s and amassed film and TV credits over nearly three decades. After leaving SNL, he starred in the short-lived ABC sitcom Norm, starred in films such as Dirty Work and Screwed, and more recently hosted the talk show podcast Norm Macdonald Live, which eventually became the Netflix series Norm Macdonald Has a Show.

He never reached the same television heights after being fired from SNL in 1998, but was an indefatigable stand-up comic and popular talk show guest whose death provoked an outpouring from fellow comedians.

“Norm was in a comedy genre of his own,” tweeted Sarah Silverman. “No one like him on this planet. Please do yourself a favor and watch his stuff.”

Macdonald, the son of two schoolteachers, was raised in Quebec City, Canada. Canadian prime minister Justin Trudeau offered his condolences, calling him “a comedic genius and a great Canadian.”

He was a stand-up comic and briefly a writer for the sitcom “Roseanne” when he was picked to join the cast of “Saturday Night Live” in 1993.

His deadpan style and skills as a writer made him the choice to host “Weekend Update.” O.J. Simpson was a favorite target. Macdonald opened the fake newscast the week of the former football star’s acquittal on murder charges by saying, “Well, it’s finally official. Murder is legal in the state of California.

Macdonald was fired in the middle of the season in 1998 by NBC Entertainment executive Don Ohlmeyer, a friend of Simpson’s who reportedly didn’t appreciate the ‘”SNL” star making Simpson the near-constant butt of jokes.

“I was never bitter,” Macdonald said in the oral history “Live From New York,” released in 2002. “I always understood that Ohlmeyer could fire me, because he was the guy who owned the cameras, so that didn’t bother me. I was always happy that ‘SNL’ gave me a chance.”

Ohlmeyer said that was his problem.

MacDonald went on Letterman’s show to announce that he was fired. During a commercial break, Letterman asked him, “This is like some Andy Kaufman thing with fake wrestling, right?” Macdonald recalled. But it wasn’t.

Letterman was a fan who made Macdonald one of the guests in the CBS “Late Show” host’s final run of shows.

In 2016, Letterman told The Washington Post, that the show would have had Macdonald on every week “if we could.”

“He is funny in a way that some people inhale and exhale, “ Letterman told The Post. “With others, you can tell the comedy, the humor is considered. With Norm, he exudes it … There may be people as funny as Norm, but I don’t know anybody who is funnier.” 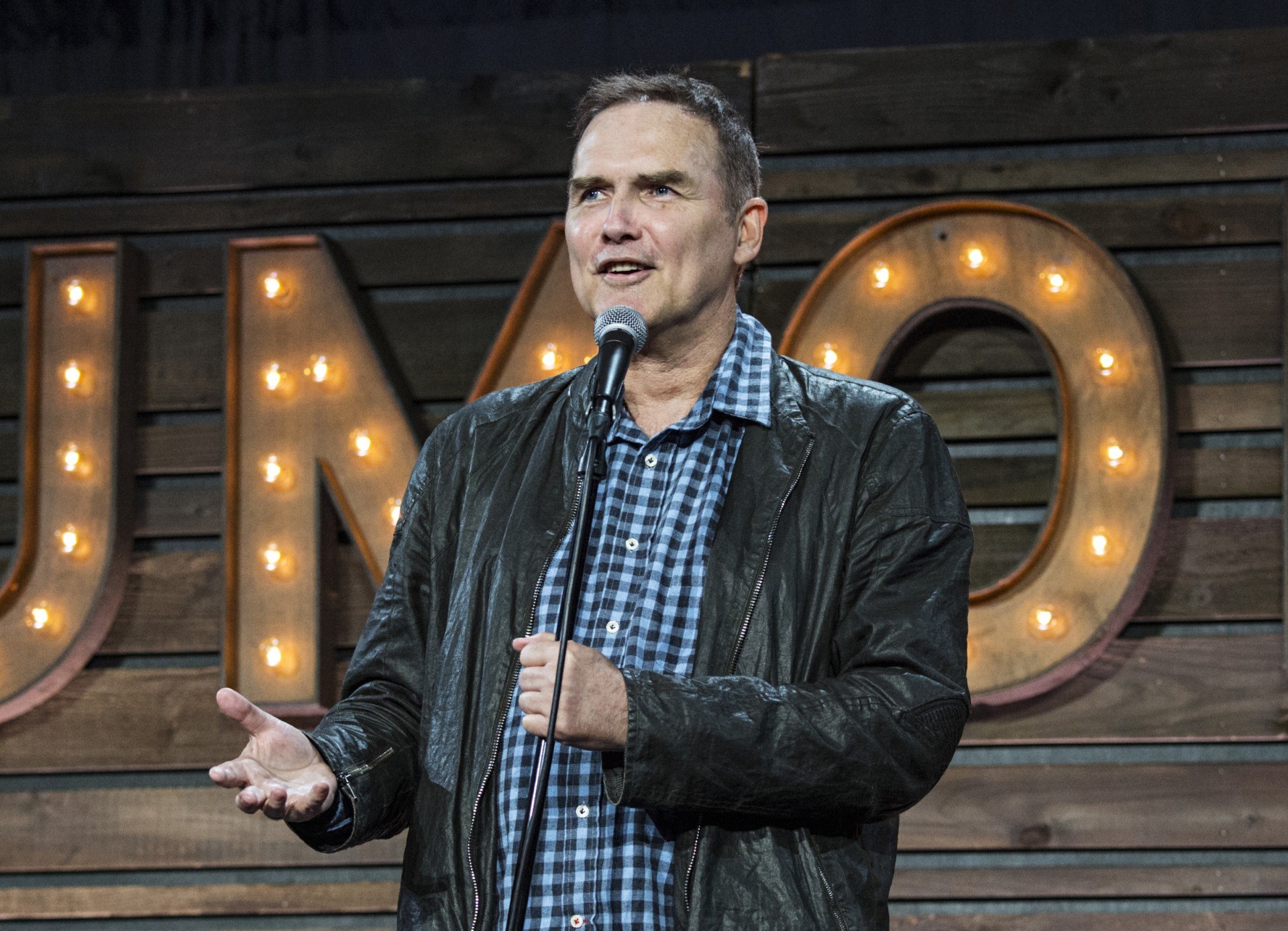 The Post’s story was headlined, “Will Somebody Please Give Norm Macdonald Another Show?”

He had limited success in other TV ventures. He created and starred in the ABC sitcom “The Norm Show,” later shortened to “Norm,” playing a former NHL player kicked out of the league for gambling and tax evasion and forced into community service as a social worker.

A Comedy Central show, “Sports Show with Norm Macdonald,” lasted only a handful of episodes, but he kept busy in comedy clubs.

In a 2011 comedy special, MacDonald said it was wrong to say you “lost your battle” with cancer when you died. “I’m not a doctor, but I’m pretty sure that if you die, the cancer also dies at exactly the same time,” he said. “That, to me, is not a loss. That’s a draw.”

Jim Carrey tweeted that Macdonald was “an honest and courageous comedy genius.” Seth Rogen said he essentially ripped off his delivery when he started acting.

“No one could make you break like Norm Macdonald,” Jon Stewart said on Twitter. “Hilarious and unique.”

The Associated Press contributed to this story.