Hollywood celebrities who attended the 73rd annual Emmy Awards on Sunday night, at L.A. LIVE in Los Angeles, California, were surrounded by a giant wall and security gates constructed in order to keep celebrities safe.

Photos abound showing the wall and security guards positioned near parts of the wall that contain entrances for those arriving for the awards.

The red carpet area is behind the wall, allowing celebrities to mill with one another and pose for photographs in safety. 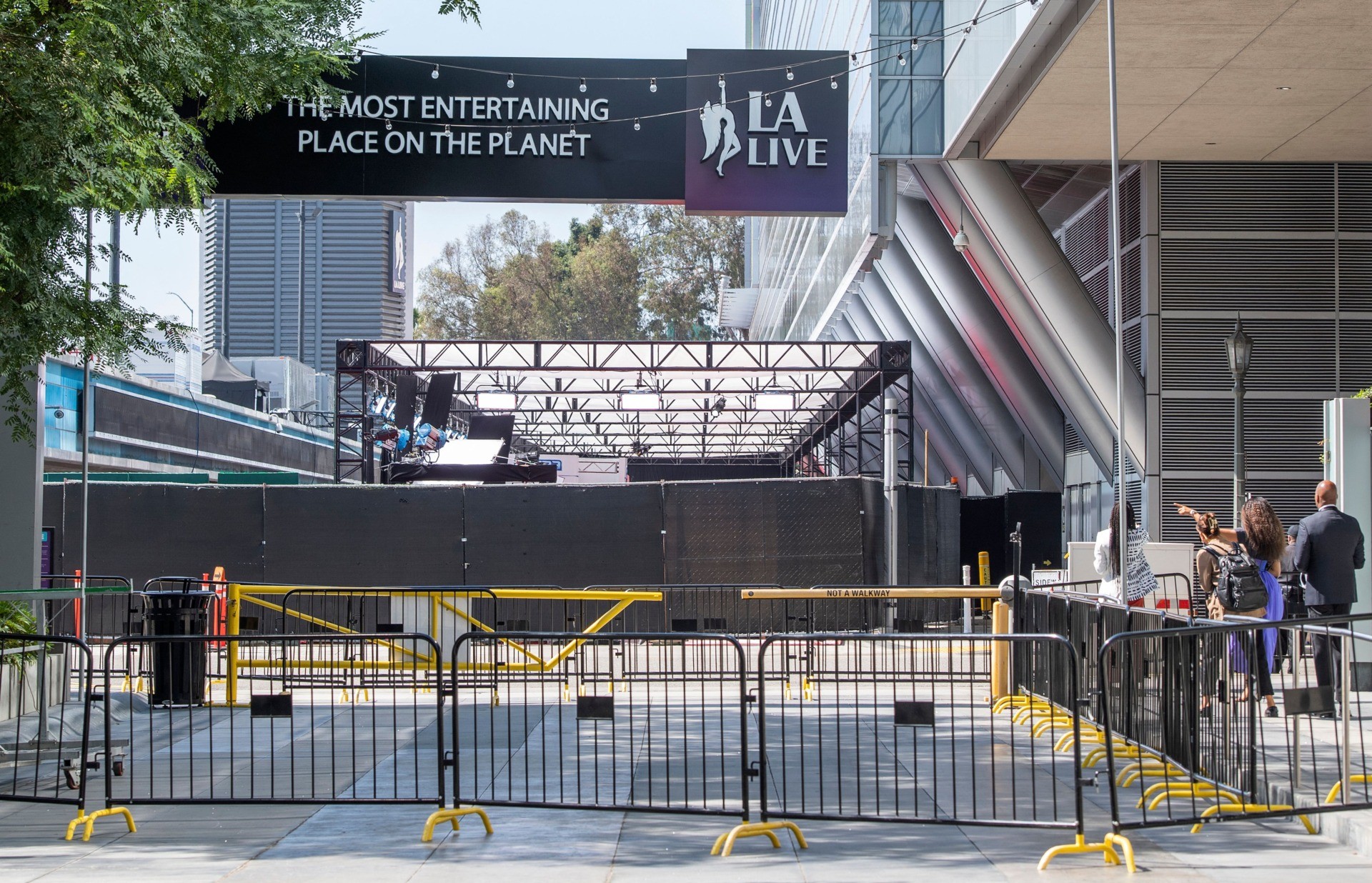 View of the barriers blocking the street next to the red carpet for the Emmy Awards 2021 at L.A. Live the day of the show, in Los Angeles, California, September 19, 2021. (VALERIE MACON/AFP via Getty Images) 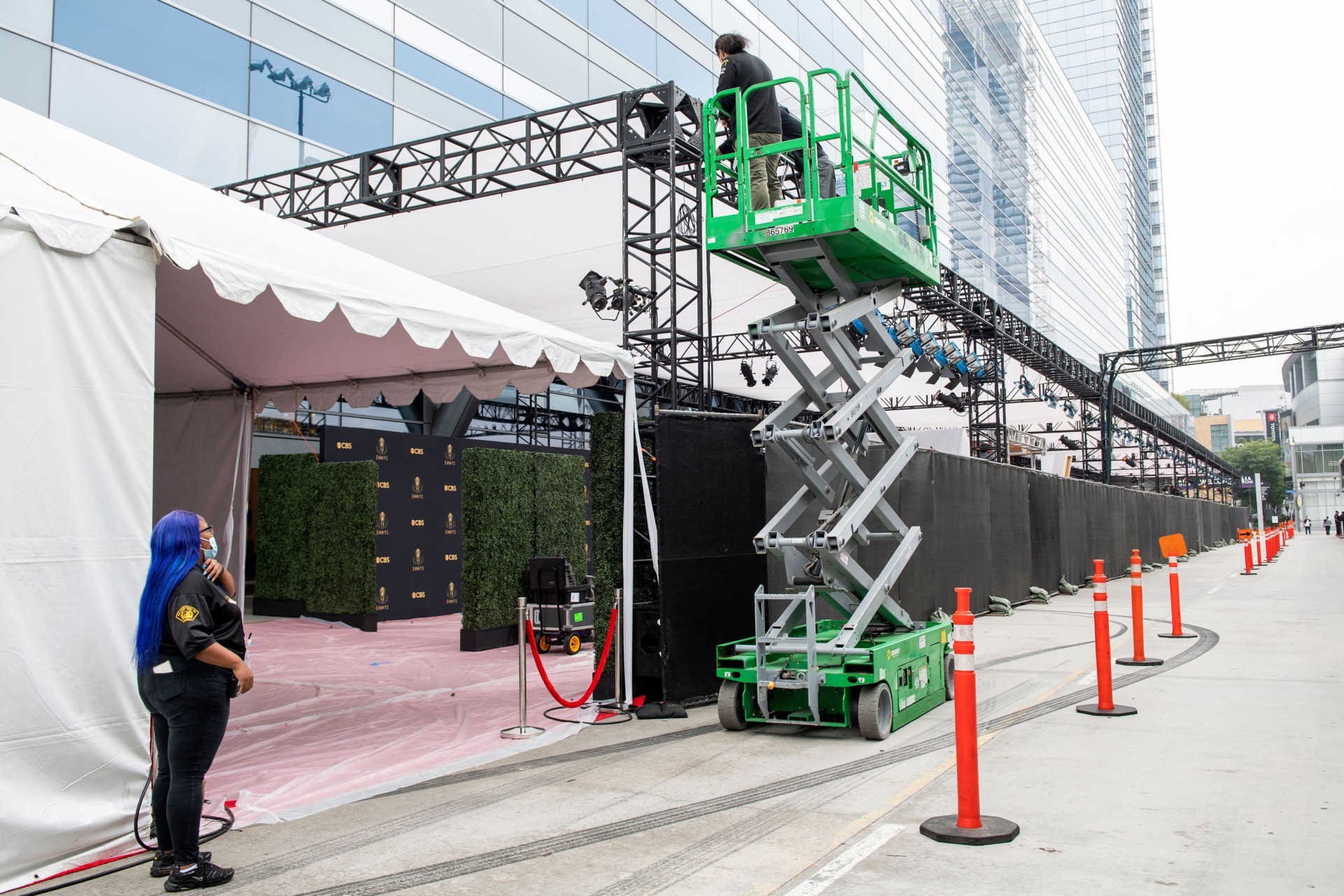 Deadline notes security is strong, as in other years, but purposely less conspicuous: “While the area surrounding the Staples Center is cordoned off, you may not see the SWAT and K-9 bomb trucks in plain sight like in previous years. They’ll be parked on a side street, ready in case there’s any problems near the ceremony being held at The Event Deck at L.A. Live.” 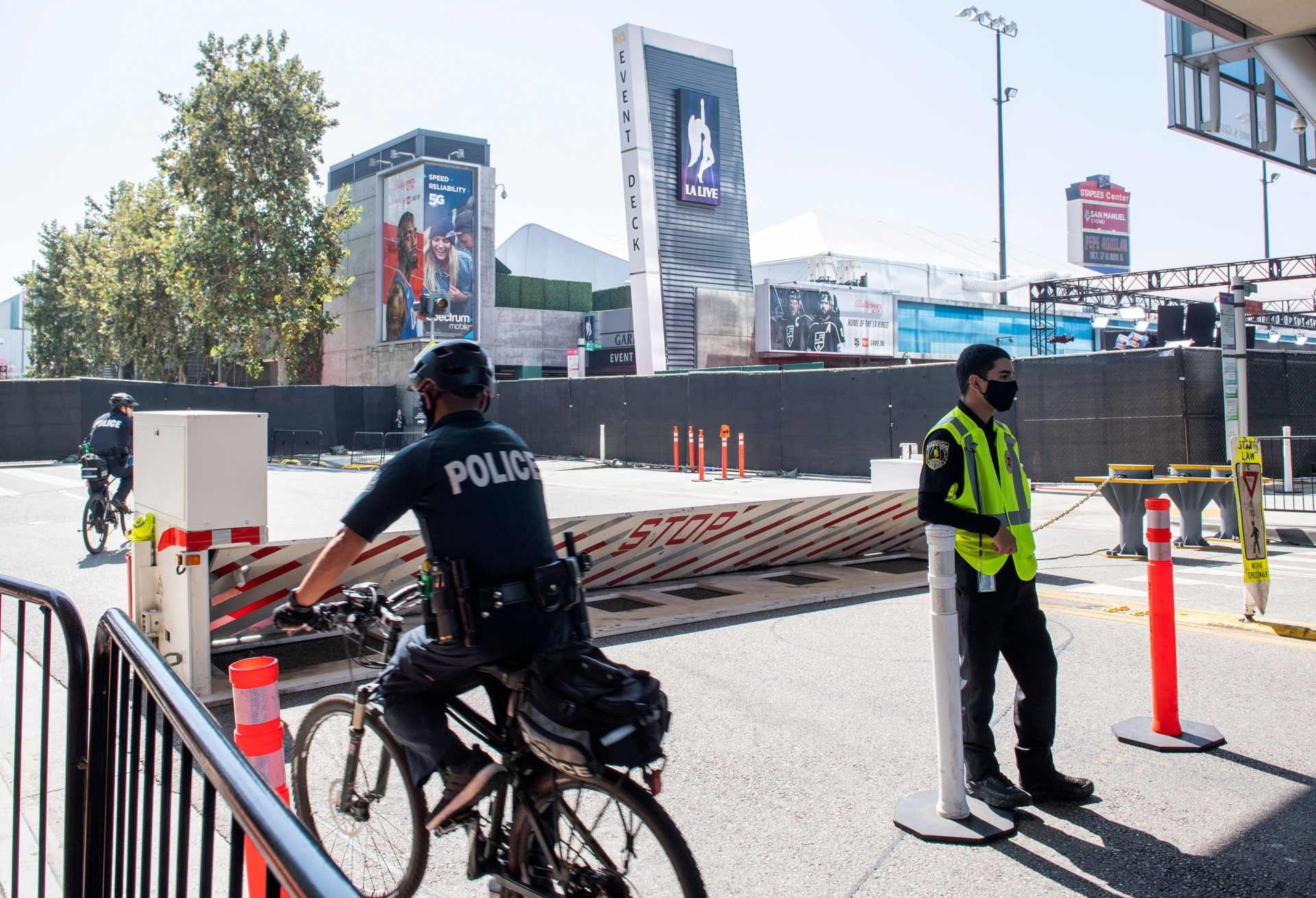 Security look on at the entrance of the Emmy Awards 2021 at LA Live in Los Angeles, California, September 19, 2021. (VALERIE MACON/AFP via Getty Images)

Breitbart News reported a wall was also constructed around the 93rd Academy Awards in April of this year.

The perimeter around Los Angeles’ Union Station, the site of the Academy Awards, was cordoned off by security fences and the entrances to the building were blocked by similar structures. Signs posted to the fences bear a stark warning: “This property is closed to the public. No entry without permission.” 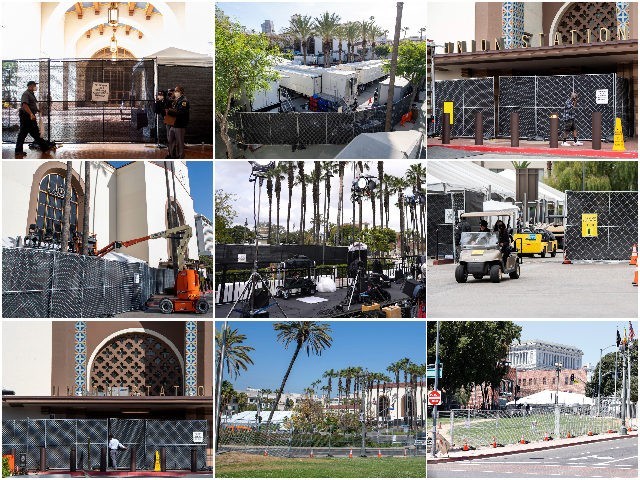 Breitbart explained how many Hollywood celebrities use of walls for safety ran counter to their criticisms of former President Donald Trump’s pursuit of a wall along the U.S.’s southern border.

For example, it was Award-winning director Barry Jenkins who, in 2019, said, “No walls. No borders. Fuck him,” in reference to then-President Trump during a rant in front of a star-studded crowd at the annual National Board of Review Awards.

Here’s a small part of @BarryJenkins speech at #NBRgala talking about Trump. “No walls. No borders. Fuck him.” pic.twitter.com/DI3ulN5BE3