Even in liberal Hollywood, the vaccine debate is wreaking havoc in the workplace, reportedly pitting co-stars and co-workers against each other and causing delays on expensive productions. Celebrities including George Clooney and Sean Penn have blamed the unvaccinated, while Black Panther star Letitia Wright and actor Rob Schneider have voiced skepticism about the vaccine.

The lack of an industry standard about the vaccine has caused some productions to descend into chaos, with one “high-profile” actor coming down with COVID-19 and causing a movie to temporarily shut down, according to The Hollywood Reporter.

In another instance, Paramount+’s upcoming series The Offer, about the making of The Godfather, shut down production in late July after a series star, who was “said to be unvaccinated,” tested positive for the coronavirus. Sources told the Reporter that the stoppage resulted in a $6 million loss, though Paramount has disputed the figure.

George Clooney told the magazine that getting the vaccine is a necessary sacrifice, like fighting the Nazis in World War II.

“It’s stupid. And it’s stupid because every generation in our country for more than a lifetime has been asked to sacrifice something for the safety of their fellow man — get shot, fight Nazis,” he told the Reporter. “All that anyone’s being asked here is to get a shot in the arm and put on a mask. Grow up. Get something done.”

Sean Penn walked off the production of the Watergate-themed Starz series Gaslit until all cast and crew were vaccinated. The Reporter said Penn returned about two months later, after the series put in place an all-zone vaccine mandate until the production wraps. 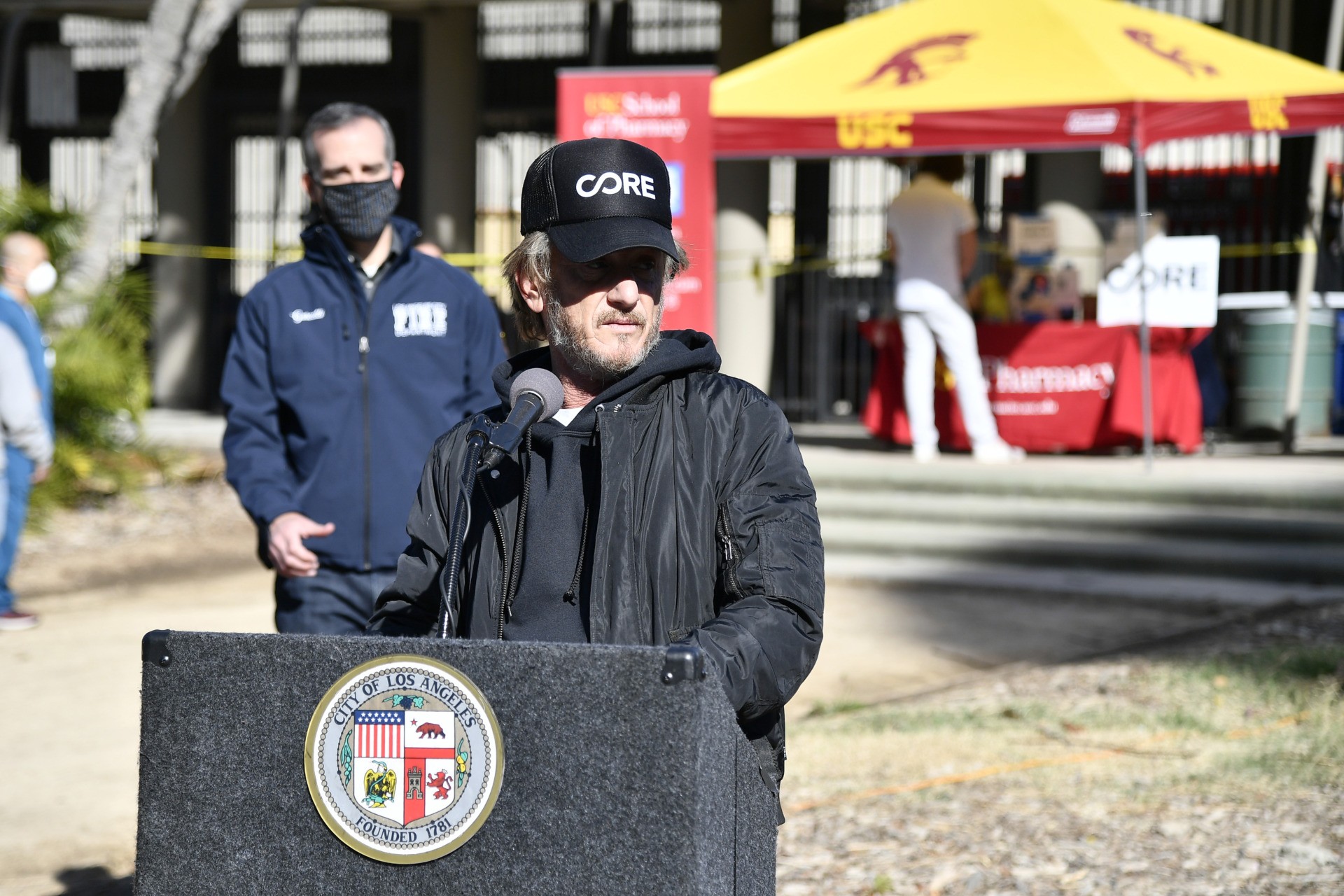 “Stay home until you are convinced of these very clearly safe vaccines,” Penn told the Reporter. “We’ve normalized this notion of radical libertarianism, and it really is a violation of the idea of interconnectedness.”

The Mandalorian star Giancarlo Esposito took an even harsher stance. “If you don’t want to vaccinate, go to a small island and sequester yourself,” he told the Reporter. 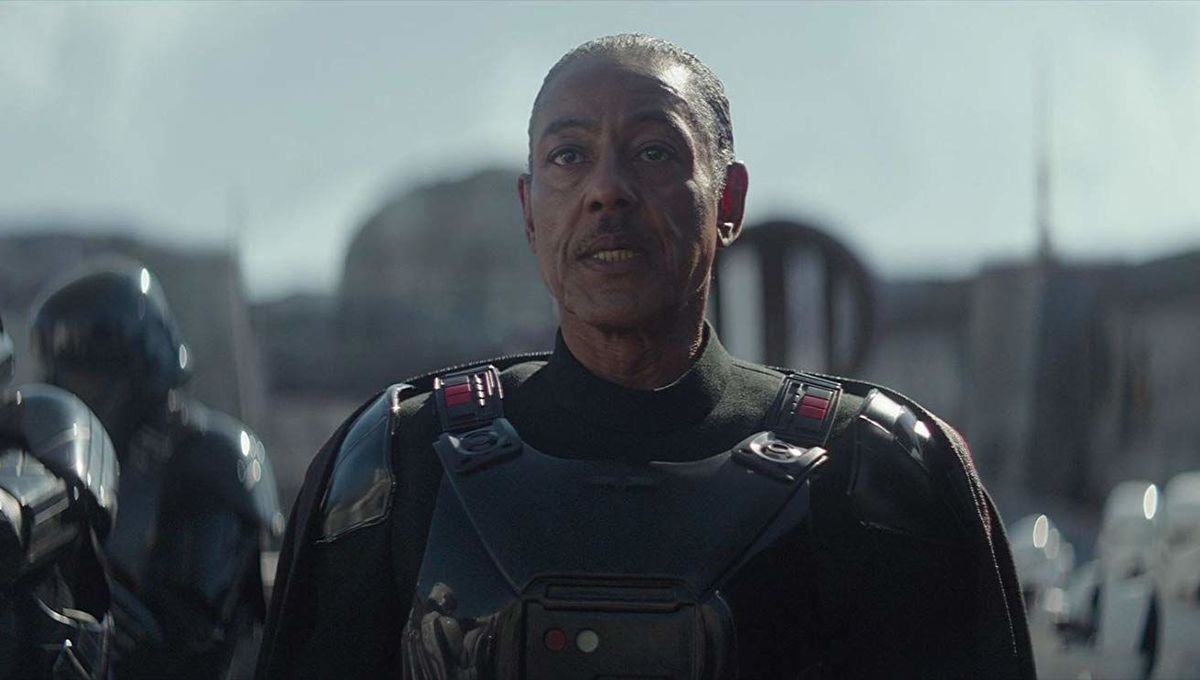 Giancarlo Esposito in “The Mandalorian.” (Disney)

Black Panther: Wakanda Forever star Letitia Wright generated a media firestorm when she posted her skepticism about the vaccine to social media. The British actress has expressed similar views about the COVID-19 vaccines on the Atlanta production of the Marvel sequel, an anonymous source told the Reporter.

Other celebrities who have publicly expressed reservations about the vaccine or vaccine mandates include rapper Nicki Minaj, rock icon Eric Clapton, and comedian Jim Breuer. 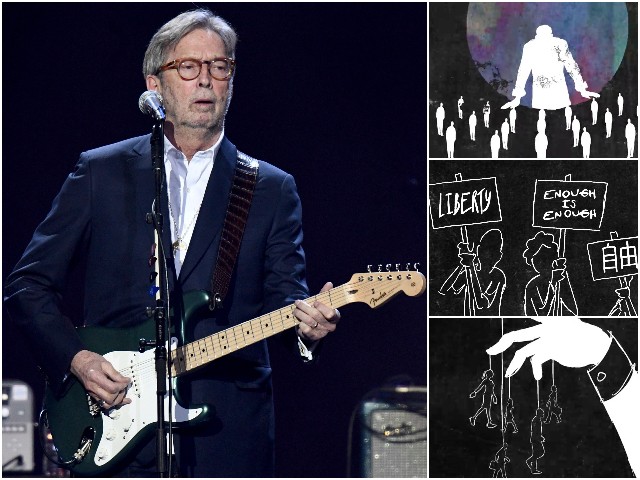 Rock legend Eric Clapton has released a new, pro-freedom single in which he rails against authoritarians who crush individual liberties. (YouTube)

One Hollywood agency executive blamed the unvaccinated for putting co-workers at risk.

“There are definitely people who have refused to get vaccinated, and they were putting the safety and health of their co-workers in jeopardy,” the agency partner told the Reporter. “We’ve encountered a few, but people are now getting to the point where they’ve woken up to the reality that non-vaccinated people are the ones causing chaos and making others sick. Nobody wants to work in an environment where that is a possibility, and you are not fully protected.”