Actress Eliza Dushku told the House Judiciary Committee Tuesday that she faced sexual harassment on the set of CBS’s Bull and was fired from the show and forced to sign a non-disclosure agreement after calling it out.

Dushku said that when she became a co-lead in Bull, she was told “that the role would be a six-year commitment to play a smart, strong leading lady, a confident high-powered lawyer meant to counterbalance the existing male lead, and that the role had been written specifically with me in mind.”

“However, in my first week on my new job I found myself the brunt of crude, sexualized, and lewd verbal assaults,” the actress added. “I suffered near constant sexual harassment from my co-star. This was beyond anything I had experienced in my 30-year career.”

WATCH: @ElizaDushku shares her personal story of the sexual harassment she faced at CBS and the secret arbitration process she was forced to enter. #EndForcedArbitration pic.twitter.com/ZhgoLrYVnX

While Dushku did not outright name the co-star who she says sexually harassed her, she went on to say that he “was also one of the show’s producers,” which suggests she is talking about Bull star Michael Weatherly.

He “would frequently refer to me as ‘legs,’ he would smell me, and leeringly look me up and down,” the actress continued.

“Off script, in front of about 100 crew members and cast members, he once said that he would take me to his rape van and use lube and long phallic things on me, and take me over his knee and spank me like a little girl,” she added. “Another time he told me that his sperm were powerful swimmers.”

Dushku claimed that her co-star’s behavior on set, in front of everyone, “set the tone” in the workplace, and made other crew members feel comfortable enough to start making similar sexualized comments to her.

In the show, Weatherly plays a character named Jason Bull.

Dushku alleged that after speaking to her co-star and asking him to “tone down” his comments, he texted the head of CBS Studios, and she was fired the following day. The actress added that she was then silenced by the arbitration clause in her contract. 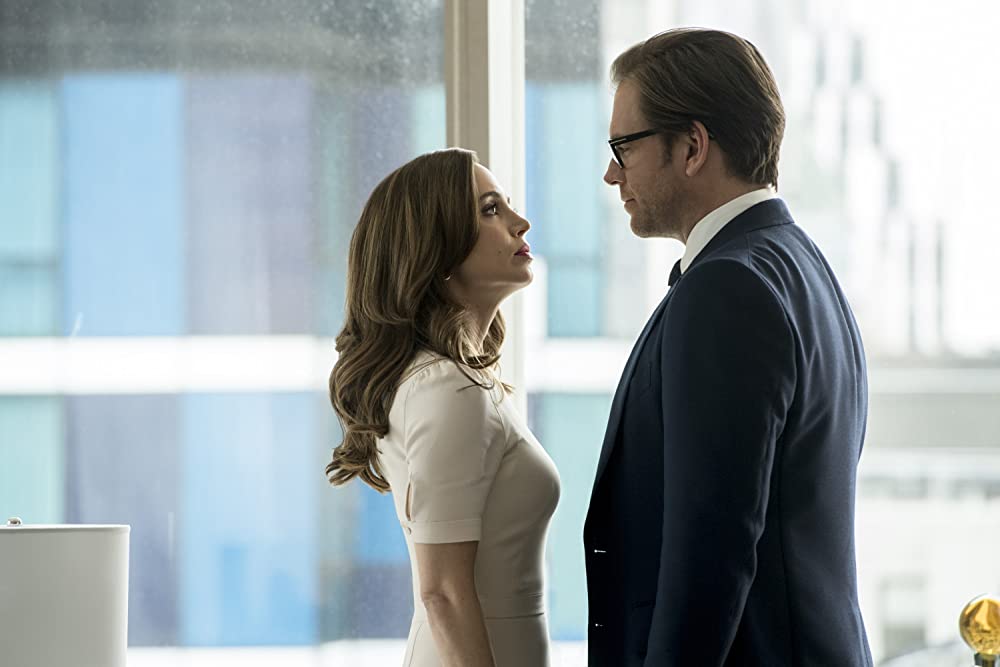 Eliza Dushku and Michael Weatherly in a scene from “Bull.” (CBS)

“I’ve worked as an actress since I was a child and signed countless contracts negotiated on my behalf, but never understood that there were mandatory arbitration clauses that would be used to keep what had happened to me a secret, and would protect CBS and the sexual harassment perpetrator, who had blatantly retaliated against me for trying the stop the harassment in my workplace,” Dushku said.

“I was shocked to learn that I had signed away my rights to a public forum before taking a job,” she added. “Who would ever think up such a clause? Who were these clauses meant to favor and protect? It suddenly became clear: not me.”

Dushku went on to say that “for the next year I found myself pitted against one of the most powerful media corporations in the world, CBS, with its unlimited resources, which was controlled by the men who used the arbitration clause to protect themselves, their profitable show, and to silence me.”

Hollywood is well-known for its problems involving sexual and workplace harassment.