Jeff Garlin, one of the stars of ABC’s long-running sitcom The Goldbergs, is out after a years-long investigation into alleged misconduct.

Earlier this month, in a Vanity Fair article, Garlin defended himself against rumors of misbehavior and said he had not been fired but that he and Sony were looking for an amicable way to part ways.

At the time, the allegations came down to this:

In addition to using language some found inappropriate, sources said Garlin would touch or hug people whether or not they were comfortable with that contact. As one source said, “He got away with it because he would call himself out for it—saying he was a big teddy bear, saying things like, ‘Oh you know me, just a big bowl of mush, I’m a hugger. I just love you.’”

In the interview, Garlin said, “There has been an HR investigation on me the past three years. HR has come to me three years in a row for my behavior on set.”

When told that people “felt demeaned and disrespected multiple times by language you used on set, and by some of your physical actions,” he said…

I gotta be honest with you. I don’t even know how to respond to that, because as a comedian, if somebody is offended by what I say I, all I can say is, I’m sorry. Okay? I have never physically come at anyone, for any reason, so that I find terribly confusing and untrue. Look, I’ve discussed this with the main crew. The camera department, the sound department, the lighting department, and all of these people who worked on my own movie—I did a movie for Netflix called Handsome—never have any problems. There was nothing. So whoever it is that feels this way has it out for me. That’s my true belief. I would never physically put myself to someone. And I would never hatefully say something to anyone.

About his hugging, he explained it this way:

I am a person who hugs for sure. And it’s quick hugs, but I didn’t realize that anyone was feeling—so if you want to write that story, that’s a true story. It puts the onus on them to say something, and I would gladly respect anyone who said, “Please don’t hug me. I don’t feel comfortable.”

He did admit to using the word “vagina” a lot. 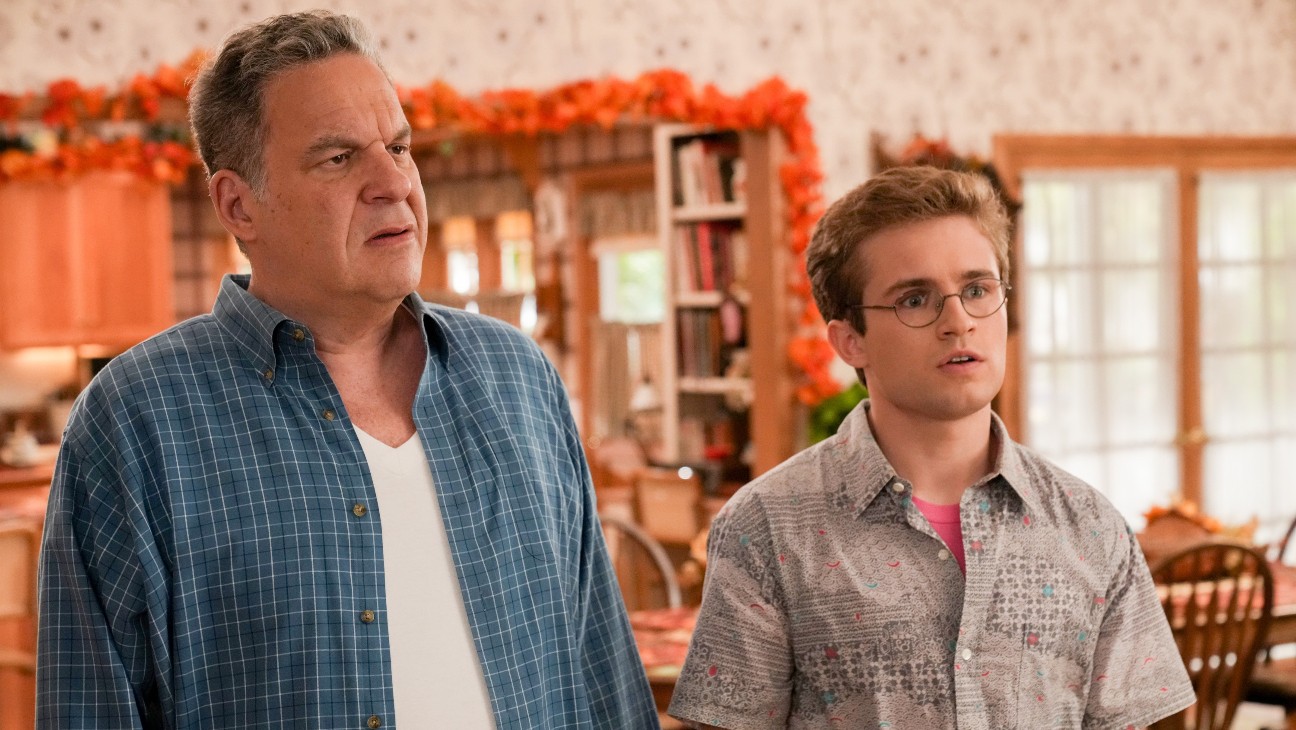 Well, today, it became official. Garlin is off the show, and no one is using the word “fired.”

“According to sources, a mutual agreement was reached today that Garlin will not be returning to the show. His exit is effective immediately. Reps for Sony Pictures Television, which produces the comedy, had no comment,” reports the far-left Deadline.

Deadline also went into more detail over the allegations:

Overall, Garlin’s go-to jokes that a number of people on the show found offensive were talking about grandma’s vagina, balls and brassier, a co-worker said. Additionally, he would not address some longtime female crew members by name, using instead nicknames that some also considered offensive.

According to an eyewitness of the incident, Garlin did not appear to be joking as he walked behind the female stand-in. “He screamed at her, ‘why are you always in my way? Get the f*ck out of my way’ as she was walking down the ramp on the set after they had done blocking for a scene. She was confused and looked around.” Garlin then turned to the woman’s husband,, saying, “tell your wife to get the f*ck out of my way.”

According to sources, cast and crew were appalled, and “this was the straw that broke the camel’s back” in terms of their tolerance for Garlin’s antics, leading to new HR complaints.

In his Vanity Fair interview, Garlin said the ramp incident was just a joke.

The question now is what happens to Garlin on HBO’s Curb Your Enthusiasm, where he’s been an integral part of that fantastic show for more than 20 years. He plays Larry David’s manager and best friend. They have amazing chemistry, and it’s hard to see the show not taking a serious creative hit without him.

What I find a bit odd about this “misbehavior” scandal is that, at least according to what I’ve read and heard, Larry David has a zero-tolerance policy for misbehavior on the Curb set. He likes things loose, funny, and chummy. Anyone who brings tension or stress gets the boot. So this doesn’t really jibe with the way Garlin’s behavior has been characterized on the Goldbergs’ set.

I’ll go even further and say that even if the allegations against Garlin are true, so what? You’re gonna fire a guy for losing his temper one time? For his own way of expressing himself? And if you don’t want him to hug you, just say so, don’t go squealing to human resources.

I could be wrong, but this Goldbergs’ crew sounds like — as Garlin might put it — a big bowl of uptight babies.