According to a lawsuit filed by Gutierrez-Reed, Baldwin ignored her request to attend a safety class to practice his cross draw.

It was while Baldwin rehearsed his cross draw that his gun killed Hutchins. Additionally, the director was wounded.

The lawsuit doesn’t only blame Baldwin. She claims Seth Kenney, and his company PDQ Arm and Prop LLC supplied the live bullet that killed Hutchins.

She also blames assistant director David Halls. In the lawsuit, Gutierrez-Reed says she personally checked each round loaded into the fateful gun and handed it to Halls. However, due to COVID restrictions, she was not allowed inside the church set. From here, she claims that fifteen minutes later, Hall handed the gun to Baldwin without bringing her in to supervise. Had she been brought in, she claims, she would have rechecked the gun and trained Baldwin how to do a safe cross draw.

In other words, had Hall practiced the proper safety protocol, Halyna Hutchins would still be alive. 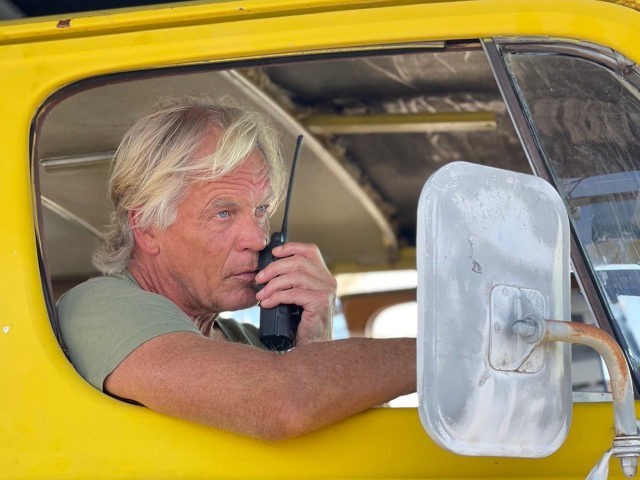 The key point about Baldwin is this part of the lawsuit….

Had Hannah been called back in, she would have re-inspected the weapon, and every round again, and instructed Baldwin on safe gun practice with the cross draw, as was her standard practice on set and under circumstances where (1) Baldwin did not respond to Hannah’s request on October 15 to schedule cross draw training and (2) the gun had been out of her possession for 15 minutes.’ [emphasis added]

So why is this important?

Well, according to Baldwin, he was practicing his cross draw when the gun went off all on its own.

A cross draw is when you pull a gun located on the side of your body opposite your gun hand. In Baldwin’s case, he was pulling from a shoulder holster.

He claims he did not pull the trigger, that the gun went off when he let go of the hammer, which he had pulled back for a camera rehearsal.

So, according to Baldwin himself, he has the hammer on the pistol pulled back, he lets go of the hammer, and it snaps forward and fires the gun.

You see, the gun he was using does not fire unless you 1) cock the hammer and 2) pull the trigger. It’s a single action. So he could have pulled the trigger when he grabbed it out of his holster without it firing. With the trigger depressed, the hammer will not lock when you pull it back. This allows the hammer — when you release it — to snap forward and fire the bullet.

This is also how you fan a gun. You’ve probably seen in some Westerns where the cowboy pulls his gun and then uses the heel of his hand to fan the hammer and quickly fire off his six shots. The actor is holding down the trigger and snapping the hammer with his hand.

If this is what happened, maybe, just maybe, if Baldwin had attended a training session on cross draws, he could have avoided this mistake.

NOTE: This post was updated to fix a factual error.