In a memo to CNN employees from Jason Kilar on Tuesday, Allison Gollust’s departure from the network was announced due to her past affair with former network president Jeff Zucker, a violation of the company’s policies.

“We have the highest standards of journalistic integrity at CNN, and those rules must apply to everyone equally. Given the information provided to me in the investigation, I strongly believe we have taken the right actions and the right decisions have been made,” Kilar wrote to employees.

According to a lengthy report from the New York Times, the seeds that culminated in Zucker’s downfall were planted way back in 2012 when Allison Gollust, who had previously worked under Zucker at NBC, left her job with New York Governor Andrew Cuomo to work at CNN. In the years that followed, Andrew’s brother, Chris Cuomo, would become a major force at the network with Zucker’s backing.

Mr. Zucker was loyal. In 2018 he awarded Mr. Cuomo his own show in the coveted 9 p.m. slot, competing with stars like Rachel Maddow at MSNBC and Sean Hannity at Fox News.

After Mr. Zucker underwent heart surgery in 2018, he and Mr. Cuomo spent hours talking during long walks in Central Park.

Initially, Zucker barred Chris Cuomo from reporting on his brother, Andrew, as it made several CNN staffers fearful that it would compromise journalistic integrity. That policy changed, however, when the coronavirus pandemic hit.

“Beginning in April 2020, the Cuomos ruminated on air about how the virus had disrupted society and their lives,” noted the Times.  “Mr. Zucker loved it. ‘Authenticity and relatability and vulnerability — that’s what the brothers Cuomo are giving us right now,’ he gushed to the New York Times in April 2020.” 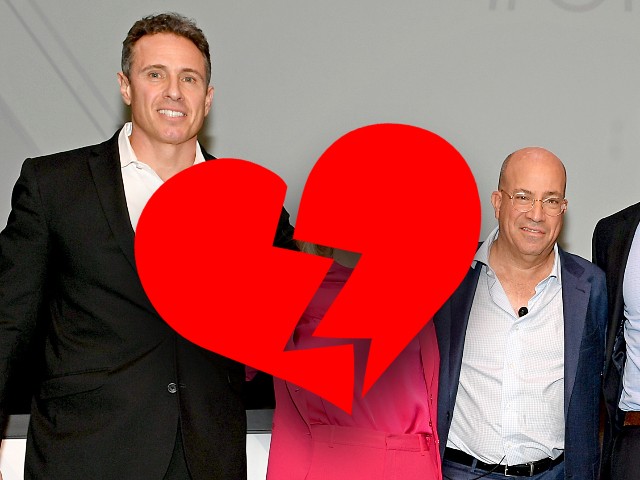 When the New York attorney general announced that her office was investigating governor Andrew Cuomo for sexual assault, Chris Cuomo’s fate was sealed when the disgraced ex-anchor said he would be stepping away from the story.

“I have always cared very deeply about these issues and profoundly so,” Cuomo said on his show in reference to sexual assault.

His statement was eventually seen by a former co-worker of Cuomo’s at ABC, who would accuse Chris Cuomo of pressuring her for sex:

One day, after Mr. Cuomo, an anchor, had offered her career advice, he invited her to lunch in his office, according to the letter, interviews with the woman and emails between her and Mr. Cuomo.

When she arrived, there was no food. Instead, Mr. Cuomo badgered her for sex, and after she declined, he assaulted her, she said. She ran out of the room.

Five friends and former colleagues confirmed to the New York Times that the woman, named Jane Doe in the letter sent by attorney Debra Katz, had informed them of Cuomo’s conduct at the time. The letter from Katz arrived to CNN shortly after Cuomo had been suspended from the network for reportedly using his journalistic ties to aid his brother’s fight against his sexual assault accusers.

“On Dec. 5, Mr. Freedman sent a letter to CNN demanding that the network preserve all documents related to any dealings between any CNN employee and anyone in the governor’s office,” the Times reported. “It was a clear signal that a key element of Mr. Cuomo’s defense would be that Mr. Zucker and others at CNN had acted similarly to Mr. Cuomo in communicating with the governor, with no repercussions.”

Rumors quickly began to circulate that Zucker had coached Governor Andrew Cuomo in private. Zucker has denied these claims. Weeks later, Zucker resigned from CNN after revealing to investigators about his relationship with his subordinate, Allison Gollust, which violated the company’s code of conduct.

“Publicly, Mr. Zucker blamed the failure to disclose his relationship with Ms. Gollust. But other forces had set the stage for his downfall,” the Times said.

“CNN had skidded into third place in cable news ratings. A key investor had criticized the network’s opinionated, personality-driven programming. Mr. Zucker had clashed with a top executive at CNN’s parent company. And he had made powerful enemies out of Mr. Cuomo and his brother, the former New York governor.”