British model Kate Moss denied ever being pushed down a staircase by actor Johnny Depp — contrary to what actress Amber Heard has suggested during Depp’s defamation trial against her.

Moss, who dated Depp from 1994 to 1998, testified that she had slipped down a flight of stairs after a rainstorm, while on vacation with Depp in Jamaica.

“We were leaving the room, and Johnny left the room before I did, and there had been a rainstorm,” Moss explained. “And as I left the room, I slid down the stairs, and I hurt my back, and I screamed because I didn’t know what happened to me, and I was in pain.”

“He came running back to help me and carried me to my room, and got me medical attention,” the model added. 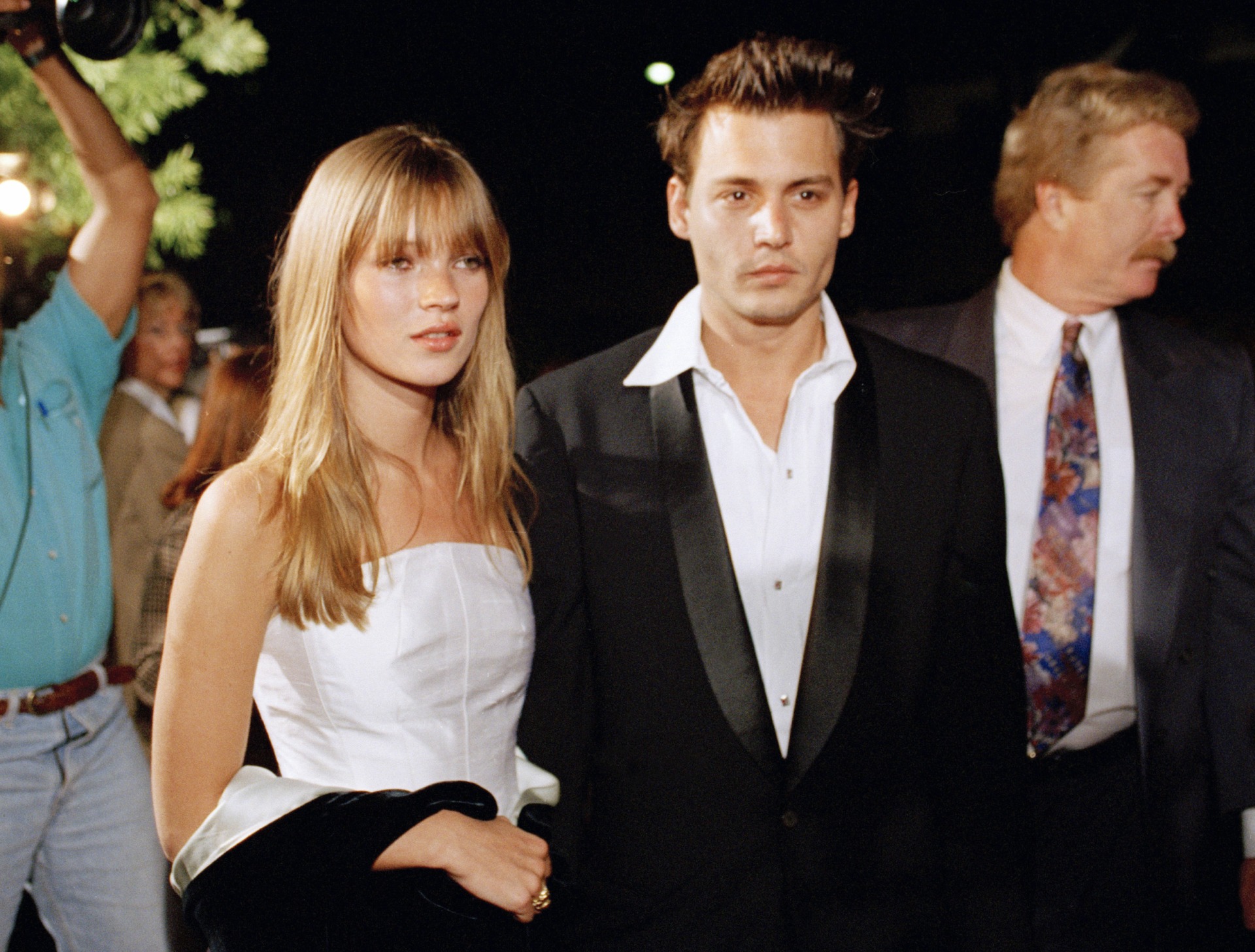 After being asked if Depp has ever pushed her down the stairs at any point in her relationship with him, Moss said, “No, he never pushed me, kicked me, or threw me down any stairs.”

While Moss has never accused Depp of abuse, Heard previously claimed during their U.K. trial in 2020 that people told her Depp once pushed Moss down a flight of stairs.

During the 2022 defamation trial, Heard again mentioned Moss, claiming that an argument she and her sister Whitney Heard Henriquez had with Depp in 2015 near a staircase “instantly” reminded her of “Kate Moss and stairs.”

“[Whitney’s] back was to the staircase, and Johnny swings at her,” Heard claimed. “I don’t hesitate, I don’t wait — I just, in my head, instantly think of Kate Moss and stairs.”

“And I swung at him,” the Aquaman actress continued. “In all of my relationship to date with Johnny, I hadn’t landed a blow. And I, for the first time, hit him, like actually hit him. Square in the face. He didn’t push my sister down the stairs.”

Depp’s lawyers were seen fist-pumping after Heard mentioned Moss, which some legal experts believe was because the actress alleging past instances of abuse allows for Depp’s team to do the same — and Heard has previously faced allegations of domestically abusing her ex-partner Tasya van Ree.

The Pirates of the Caribbean star, who has denied ever striking Heard, is suing his ex-wife for $50 million, claiming that her 2018 Washington Post piece — in which she describes herself as a victim of domestic abuse — has harmed his movie career.

Closing arguments for the trial, which started on April 11, are expected to take place on May 27.