Actor Johnny Depp should be remembered as a civil rights hero, a man who refused to blink in the face of a fascist culture and who prevailed in a way that will hopefully help all who have been persecuted.

During this era of #MeToo McCarthyism and the #BelieveAllWomen Reign of Terror, we have seen plenty of bad men get what they had coming to them (almost all of them leftists from Hollywood and the corporate media). But what had been a necessary and overdue housecleaning has since devolved into the corruption of naked bullying and fascism.

For every Harvey Weinstein, there is now an innocent Bill Murray, Frank Langella, Cary Fukunaga, and Aziz Ansari. This is no longer about justice. Instead, it’s about cruel, neurotic, spiteful women and their corporate media allies hunting witches to prove their own purity and settle scores.

Innocent men are being persecuted and destroyed without trial, proof, and evidence, and sometimes even without their accusers coming out from behind anonymity. Through the kangaroo court of public opinion, their rights are trampled, especially their right to face their accuser, cross-examine their accuser, be judged by a jury of peers, and pursue happiness through their chosen profession.

Without evidence or proof or a trial, innocent men are losing their livelihoods, careers, and legacies. 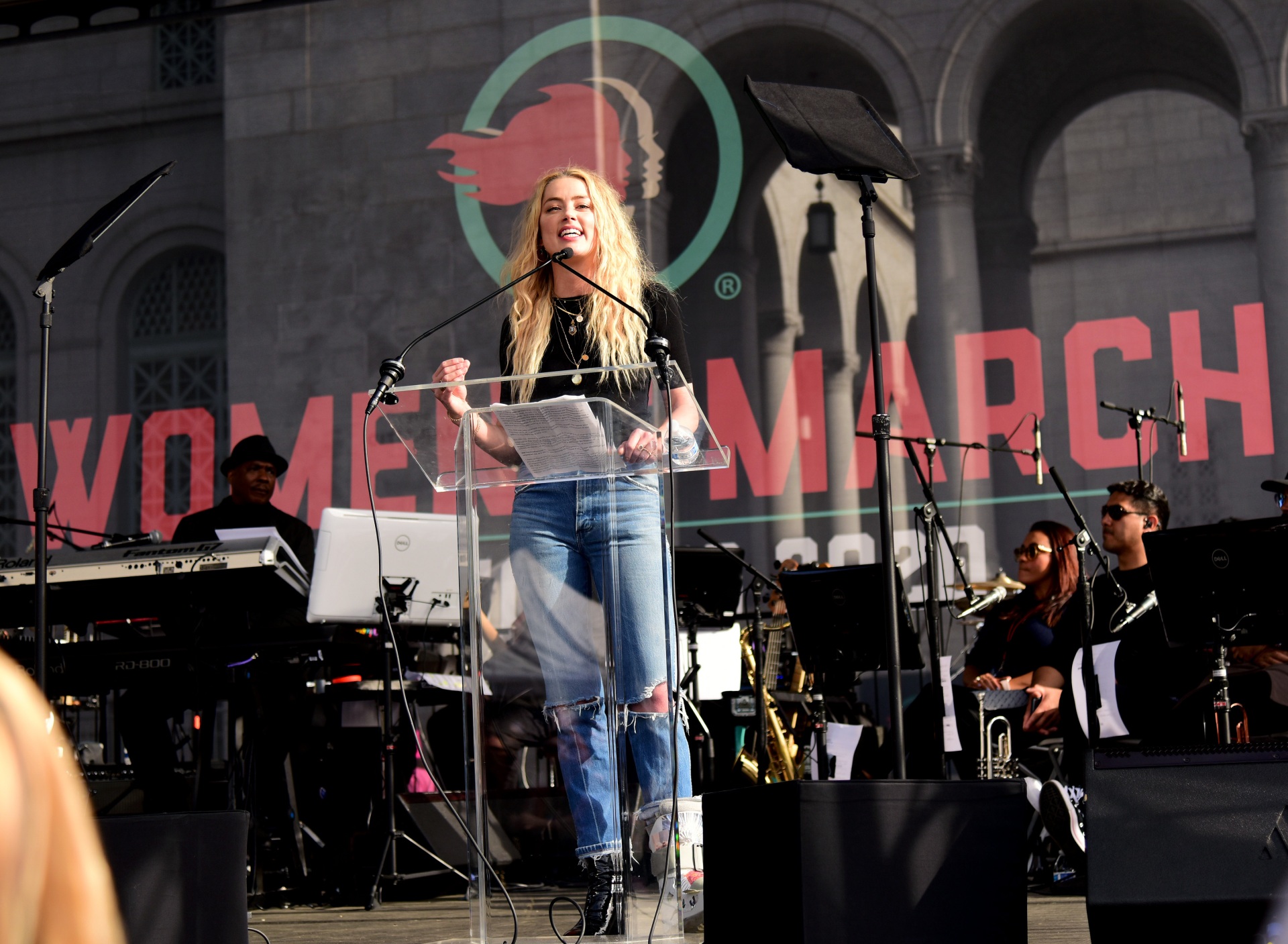 What Johnny Depp did took sand, and I don’t have to agree with someone or approve of their lifestyle to say so.

Whatever he had left after that lying bed-shitter Amber Heard annihilated his reputation and career; Johnny Depp laid it all on the line to right a wrong.

Had he lost, which was a very good possibility, he could not only have been stuck with millions in legal fees but a court ruling that basically affirmed him forever as a wife beater. But still, he risked all that to get the truth out. That took guts and character, especially in a fascist climate where Hollywood and the corporate media tell accused men that no one wants to hear their side, to roll over and die for the good of The Cause.

Undoubtedly inspired by his hero, the late Hunter S. Thompson, Depp lifted a middle finger and spit in the eye of the #MeToo whirlwind, and then he prevailed. He kicked Little Miss Bed-Shitter’s ass. He cleared his name. And he put every other harridan on notice that CNN and Variety do not get the last word. This is still America.

Depp is 58-years-old. He could have easily chosen to go the other way. He could’ve decided to enjoy what was left of his millions rather than risk those millions on lawyers. He could’ve chosen to stay drunk all day rather than spend day after day working on a lwsuit for two years. He could have run and hidden and hoped someone else would someday make it all go away. But instead, he stood up for himself and, in doing so, stood up for all the wrongly accused men out there, past and future.

Other than Jesus Christ, there is no perfect hero, and you are silly to wait for one. Heroes risk it all to do the right thing, and that’s what Depp did. American society is better for it, and that’s good enough for me.

Johnny Depp is our Rosa Parks, the man who finally stood up and said enough of the Fascist #MeToo Movement.

And he did the right way, the American way, in a court of law.

Now, who out there has the stones to follow his lead?