Hollywood went all in for Joe Biden in 2020. And now they are paying the price, literally, as the cost of movie and TV production soars to levels that are giving entertainment executives sticker shock.

Industry leaders told The Hollywood Reporter that inflation has impacted virtually every aspect of physical production, including fuel, electrical equipment, and even small items like gaffer tape.

“The accessibility of steel and lumber due to supply chain issues have driven up the cost of materials by at least 25 to 30 percent,” Herb Gains, executive vice president of physical production at Legendary — the studio behind Christopher Nolan’s Batman movies — reportedly said.

“All across the board, we’re facing increased costs,” said Brian Cooper, a partner at soundstage company S2CO. “Where I could build a $3 million stage five years ago, that’s $8 million now.”

New from @winstonscho on how inflation is impacting studio production budget choices https://t.co/BiKXFdNC1r

The price of gas in California has reached unprecedented levels, well above the already inflated national average.

“For the first time, we’re asking how to reduce fuel expenditures,” a studio executive told the Reporter. 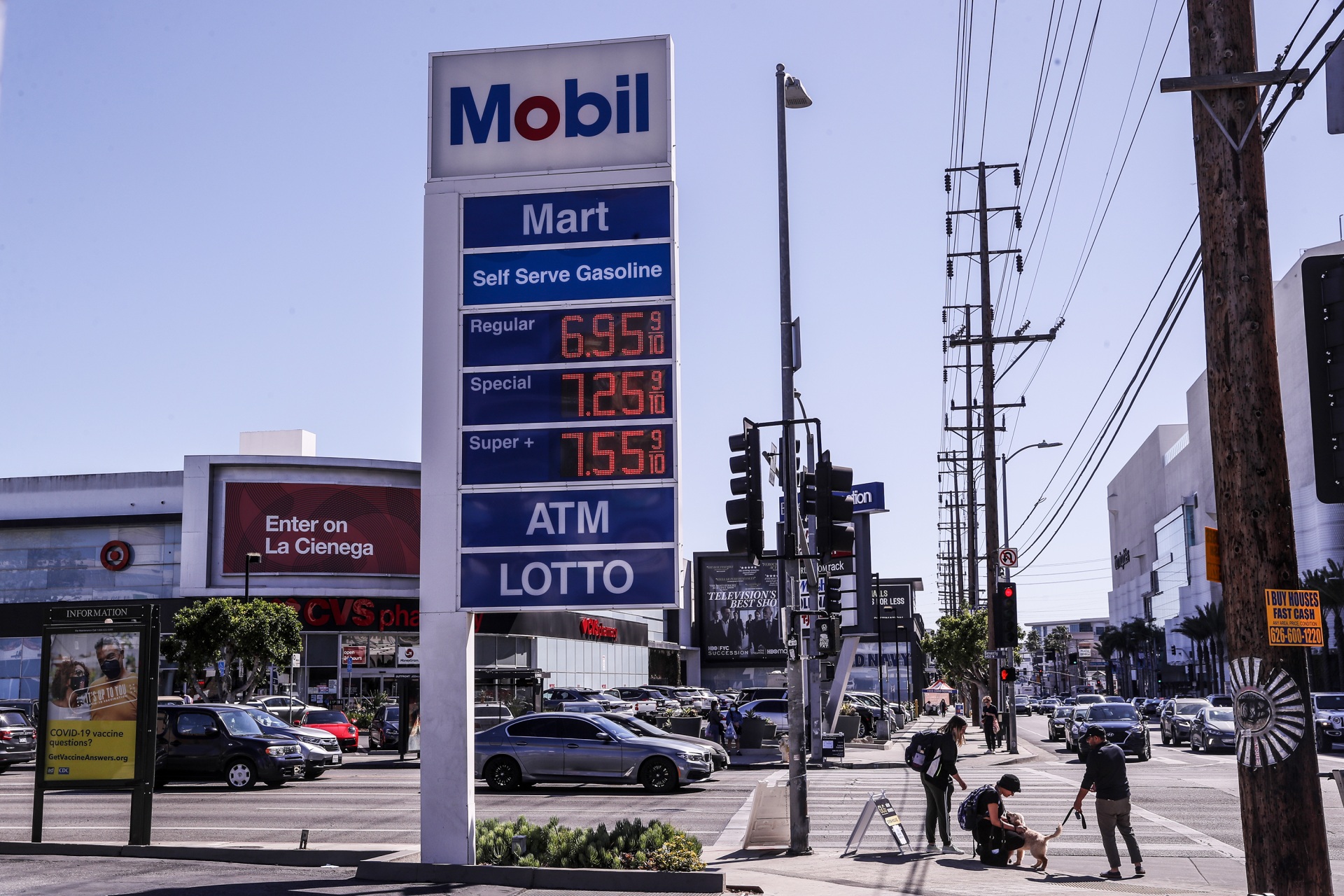 The Mobil station at the corner of La Cienega and Beverly advertise prices higher than the norm throughout the Los Angeles area. (Robert Gauthier/Los Angeles Times via Getty Images)

Inflation is so bad in Hollywood that NBCUniversal is trying to economize by clustering filming locations and taking advantage of “volume discounts with key vendors,” according to Mark Binke, executive vice president of production at the Comcast-owned studio.

As Breitbart News reported, the inflation rate hit a record level in May, jumping to 8.6 percent, the highest in 41 years. Food prices are rising at an even faster rate, with the price of meat and eggs up a stunning 14.6 percent.

President Joe Biden and Vice President Kamala Harris are still treated as royalty among Hollywood elites. Both partied with entertainment industry hot shots during their recent visits to Los Angeles for the Summit of the Americas this month.