The Los Angeles street artist known as Sabo has struck once again, hanging a series of signs around the city that read “Fuck the FBI” and “Trump 2024 MAGA.”

Sabo told Breitbart News that five signs were hung all together, including two in Brentwood — with one near The Coral tree Cafe — and one in front of The Pacific Design Center in West Hollywood. Two were hung at the intersection Robertson and Melrose Aves. but were removed quickly, the artist said. 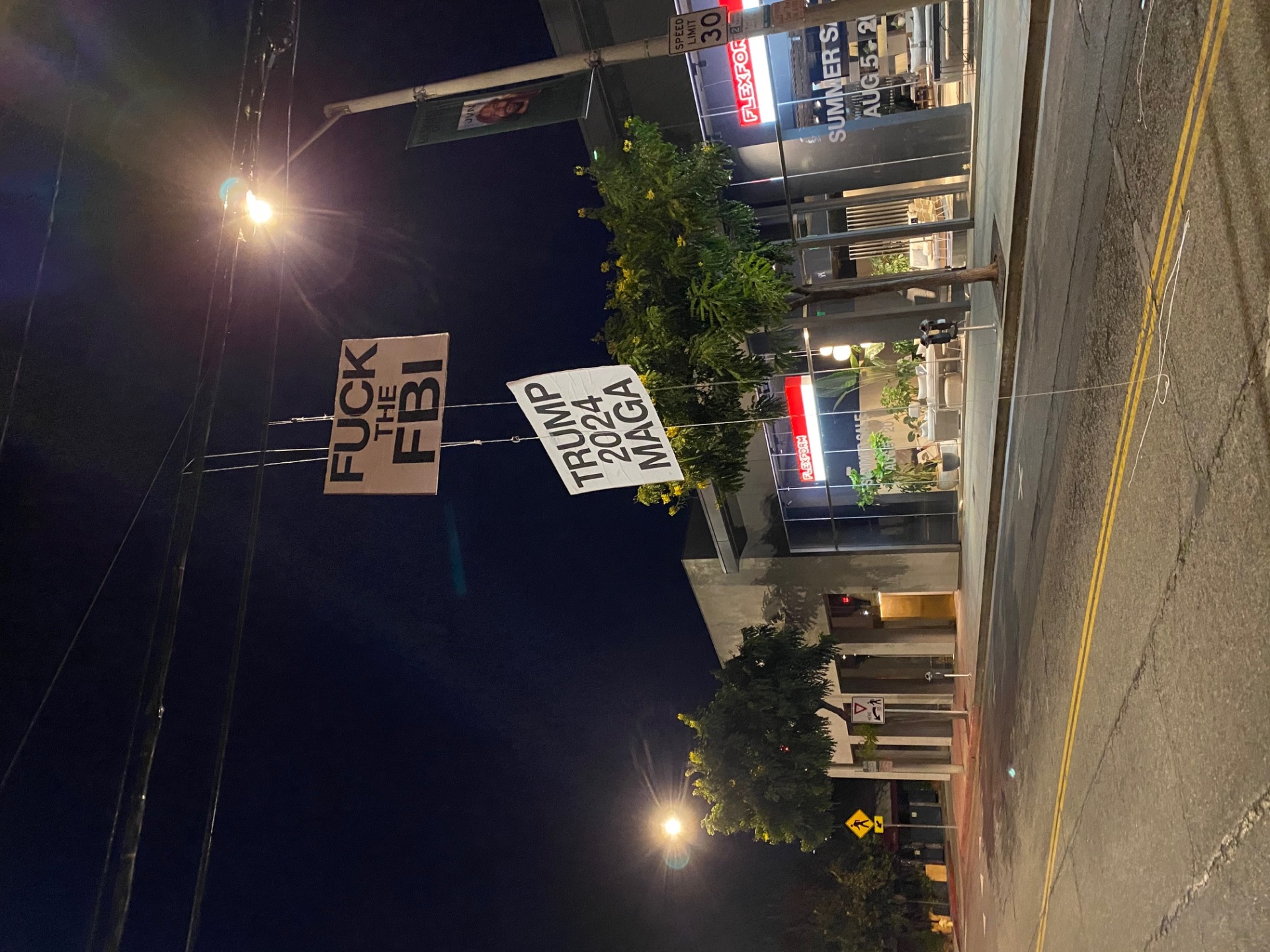 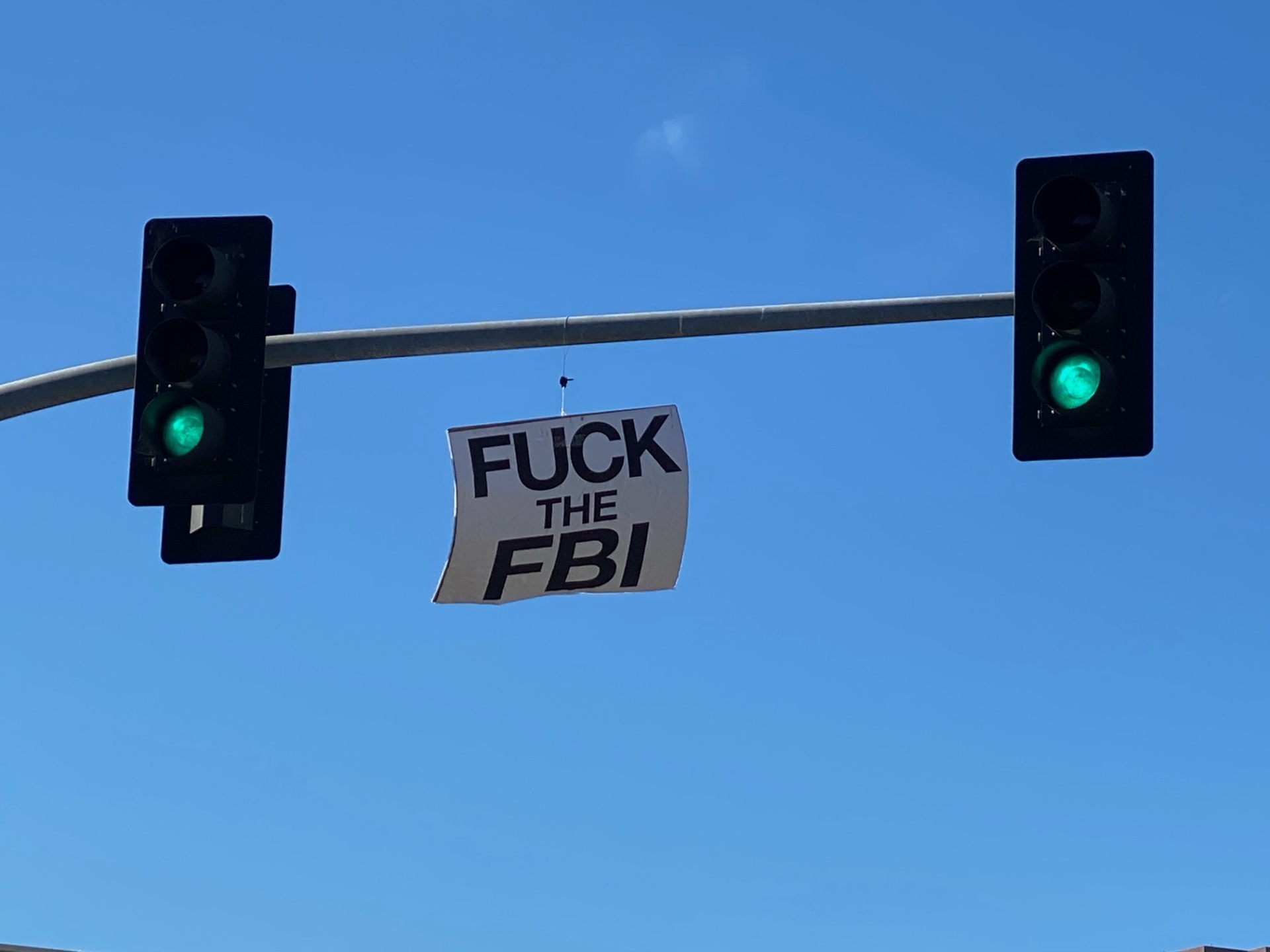 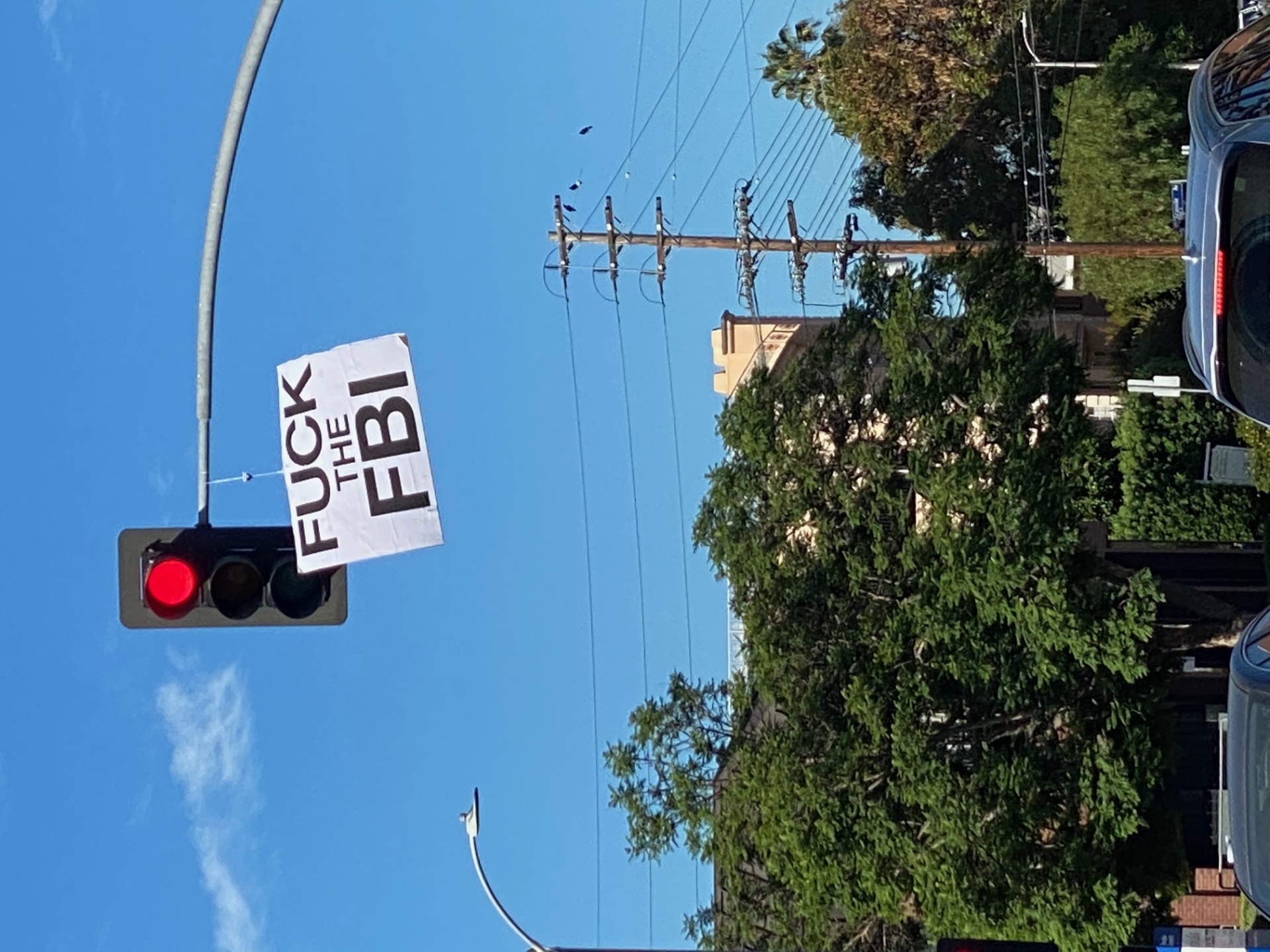 The signs appeared just days after the FBI raided former President Donald Trump’s Mar-a-Lago estate in Florida. The FBI ransacked significant portions of the estate, including safes and even Melania Trump’s wardrobe.

The raid comes as Trump weighs whether or not he will run again for president in 2024. Polls show Trump as the clear Republican favorite, while current President Joe Biden (D) remains deeply unpopular among Democrats and Republicans.

Sabo surfaced earlier this year during the Super Bowl, which was held in L.A.

The artist put up a series of Super Bowl-themed street art posters demanding the recall of L.A. County District Attorney George Gascón (D), whose soft-on-crime platform has resulted in a surge in homicides and other violent crimes in the L.A. area.