Los Angeles is putting its best face forward for Super Bowl LVI, with local leaders and the corporate media sweeping the county’s out-of-control crime wave under the carpet as tens of millions of football fans tune in for Sunday’s big game.

But one local voice has no intention of letting the public forget the surge in lawlessness and the person who is responsible.

The street artist known as Sabo has put up a series of Super Bowl-themed street art posters demanding the recall of district attorney George Gascón (D), whose soft-on-crime platform has resulted in a surge in homicides and other violent crimes in the L.A. area. 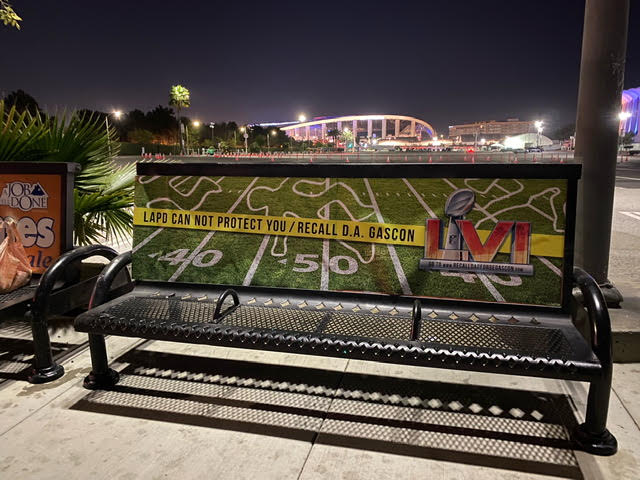 In a statement to Breitbart News, Sabo said: “L.A. has some nerve holding the Super Bowl in town when it was only a month or two ago LAPD told everyone that they can not protect them from robberies and violent homeless people.”

Sabo appears to be referring to a recent warning issued by the head of L.A. Police Protective League, the union representing rank-and-file LAPD officers. “My message to anyone thinking about coming to Los Angeles… is don’t,” Jamie McBride, head of the LAPPL, said in an interview late last year.

“We can’t guarantee your safety. It is really, really out of control.”

“My message to anyone thinking about coming to Los Angeles, especially during the holiday season, is don’t,” said Jamie McBride, the head of LA’s police union. “We can’t guarantee your safety. It is really, really out of control” pic.twitter.com/QaTZmP9loj

Other Sabo posters show a NFL referee being held in stick-up by a masked, hooded individual holding a gun. 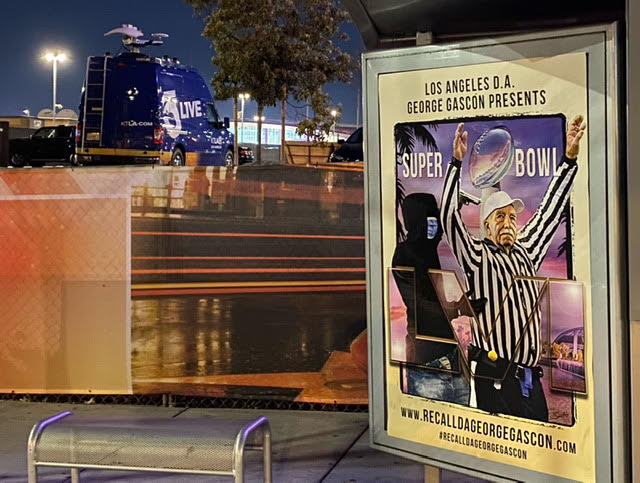 Gascón’s campaign received financial support from billionaire George Soros, who has donated to the campaigns of other district attorneys in New York, Chicago, Philadelphia, and other big cities that are now mired in violent crime. 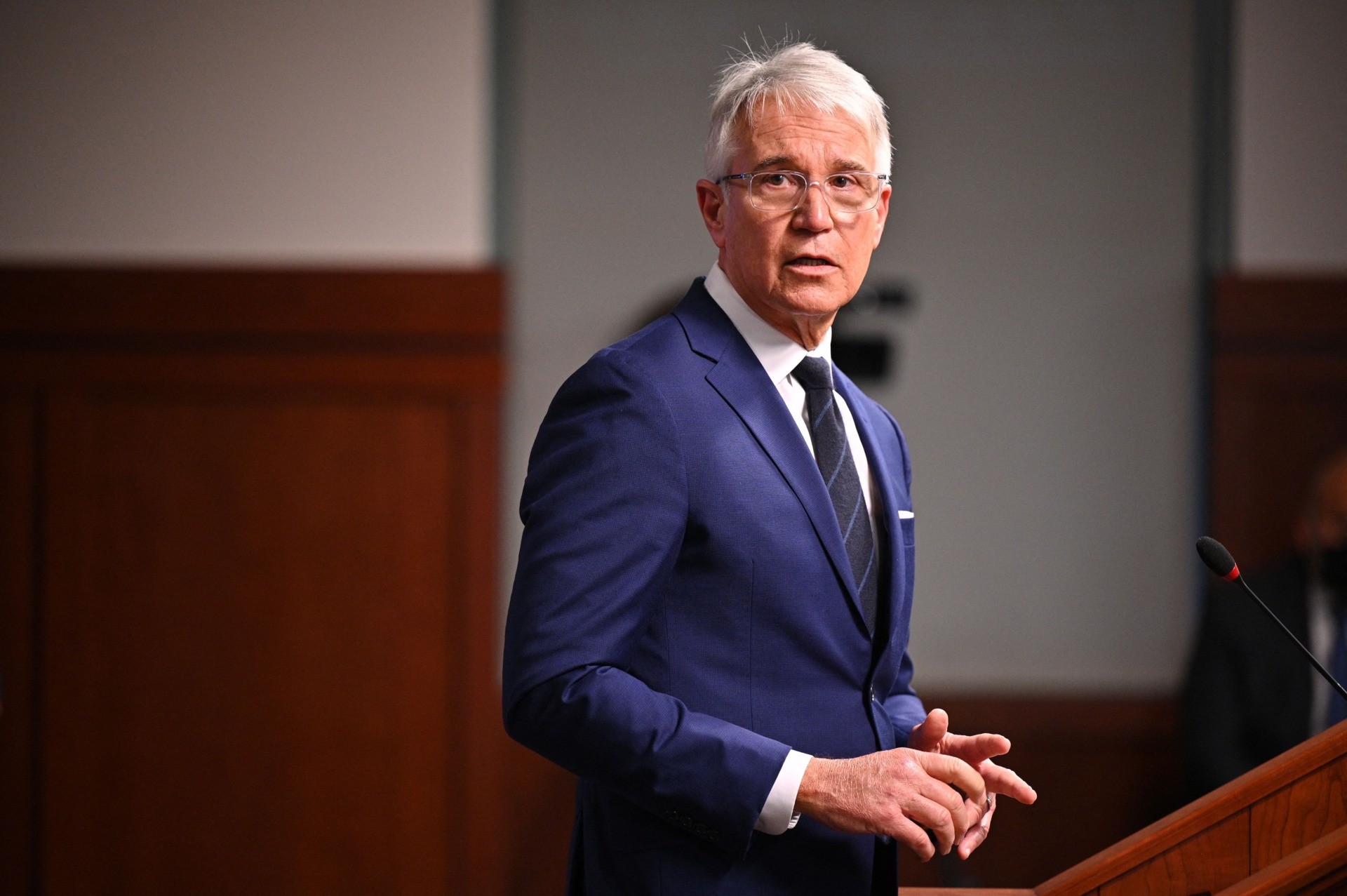 When he took office in late 2020, Gascón promised to enact so-called criminal justice “reform,” which has included a refusal to prosecute a range of crimes such as trespassing, resisting arrest, drug possession, and making criminal threats.

The result has been a surge violent crime. Homicides in the city of L.A. surged to their highest level in 15 years in 2021, the first year of Gascón’s tenure as county DA. As Breitbart News reported,  Gascon has become so unpopular that even left-wing Hollywood elites are donating to the recall campaign. 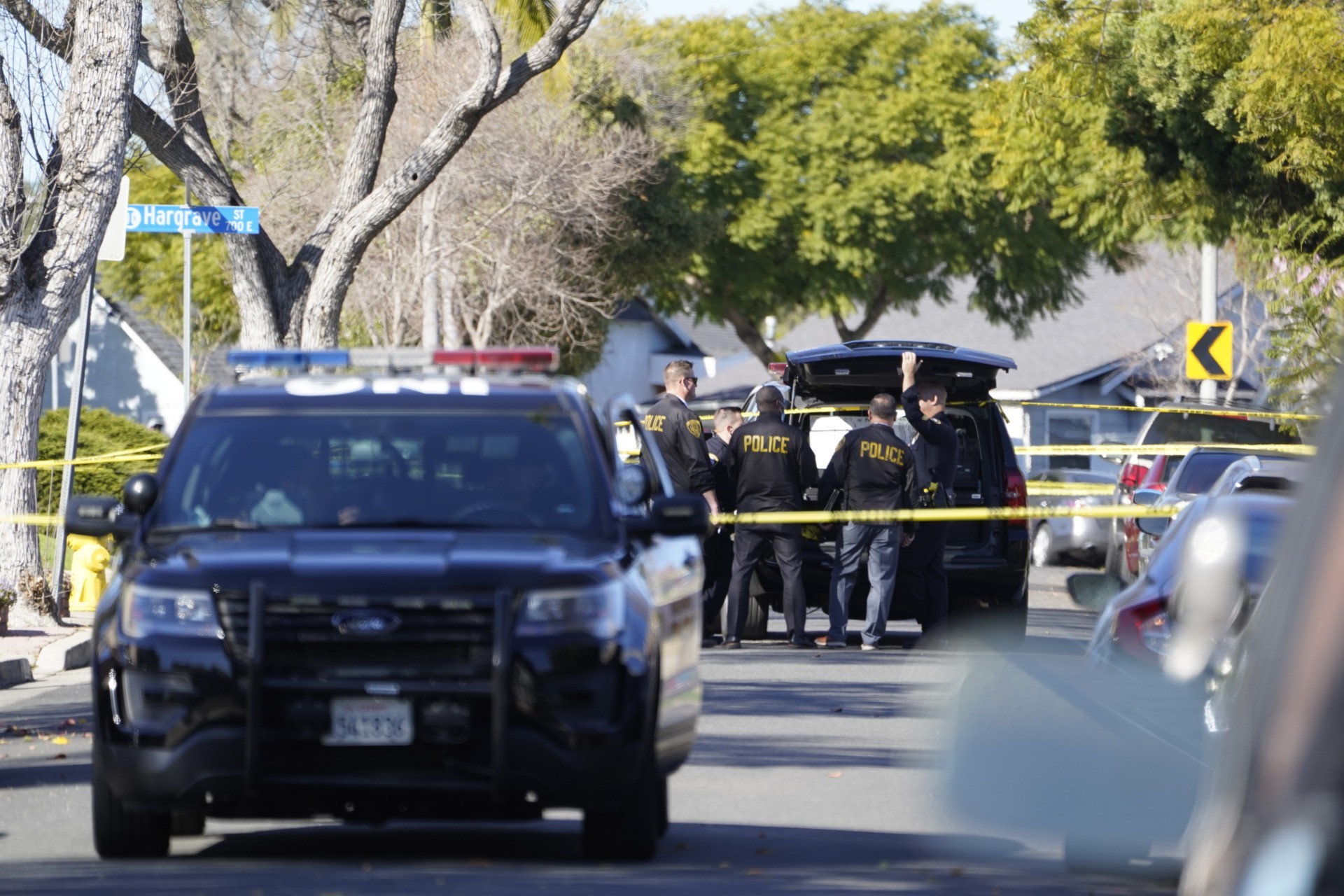 Police investigators stand at a command post near a crime scene in a home in Inglewood, Calif., on Sunday, Jan. 23, 2022. (AP Photo/Damian Dovarganes)