Actress Kirstie Alley, known for her role in the hit sitcom Cheers, died at the age of 71 this week following a battle with cancer.

Kirstie Alley’s family released a statement from her official Twitter account on Monday, describing her as a “fierce and loving mother” who lost a battle with recently discovered cancer.

“We are sad to inform you that our incredible, fierce and loving mother has passed away after a battle with cancer, only recently discovered,” the statement read. “She was surrounded by her closest family and felt with great strength, leaving us with a certainty of our never-ending joy of living and whatever adventures lie ahead,” it added.

“As iconic as she was on the screen, she was an even more amazing mother and grandmother.”

After thanking the staff that cared for her in the final hours, the family described Alley as having a “zest and passion for life.”

“Our mother’s zest and passion for life, her children, grandchildren, and her many animals, not to mention her eternal joy of creating, are unparalleled and leave us inspired to live life to the fullest just as she did,” it concluded.

As the Hollywood Reporter detailed, Alley’s career spans all the way back to the 1980s with her starring role on Cheers and her breakout movie stardom in the Look Who’s Talking franchise. 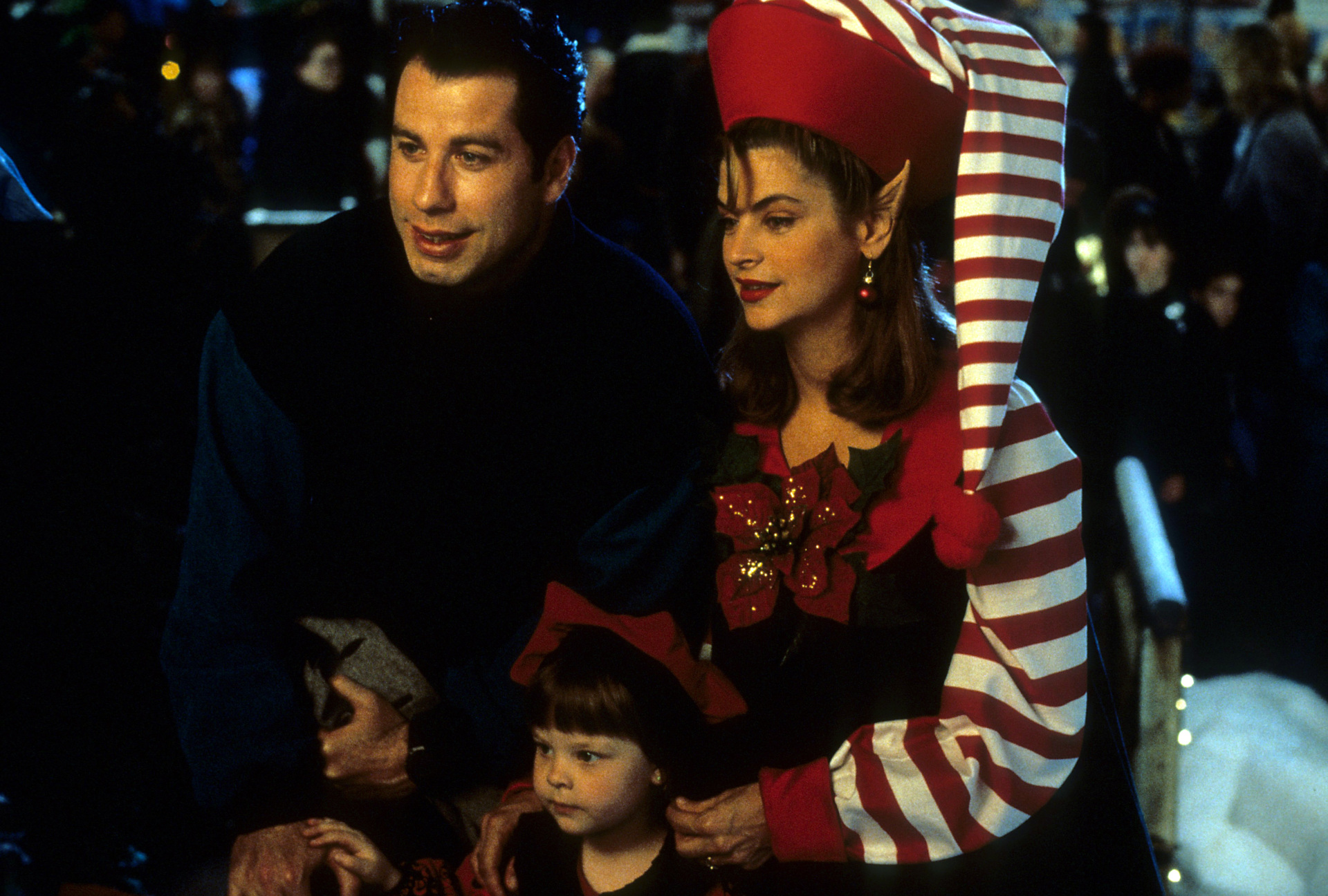 John Travolta, Kirstie Alley and two kids with the Christmas spirit in a scene from the film ‘Look Who’s Talking’, 1989. (TriStar Pictures/Getty Images)

Alley collected eight Emmy nominations during her career, the first five for playing Rebecca Howe on NBC’s Cheers after effectively taking over in 1987 for Shelley Long, who had quit the Boston-based series. She won in 1991 and worked on the show through its 1993 conclusion. 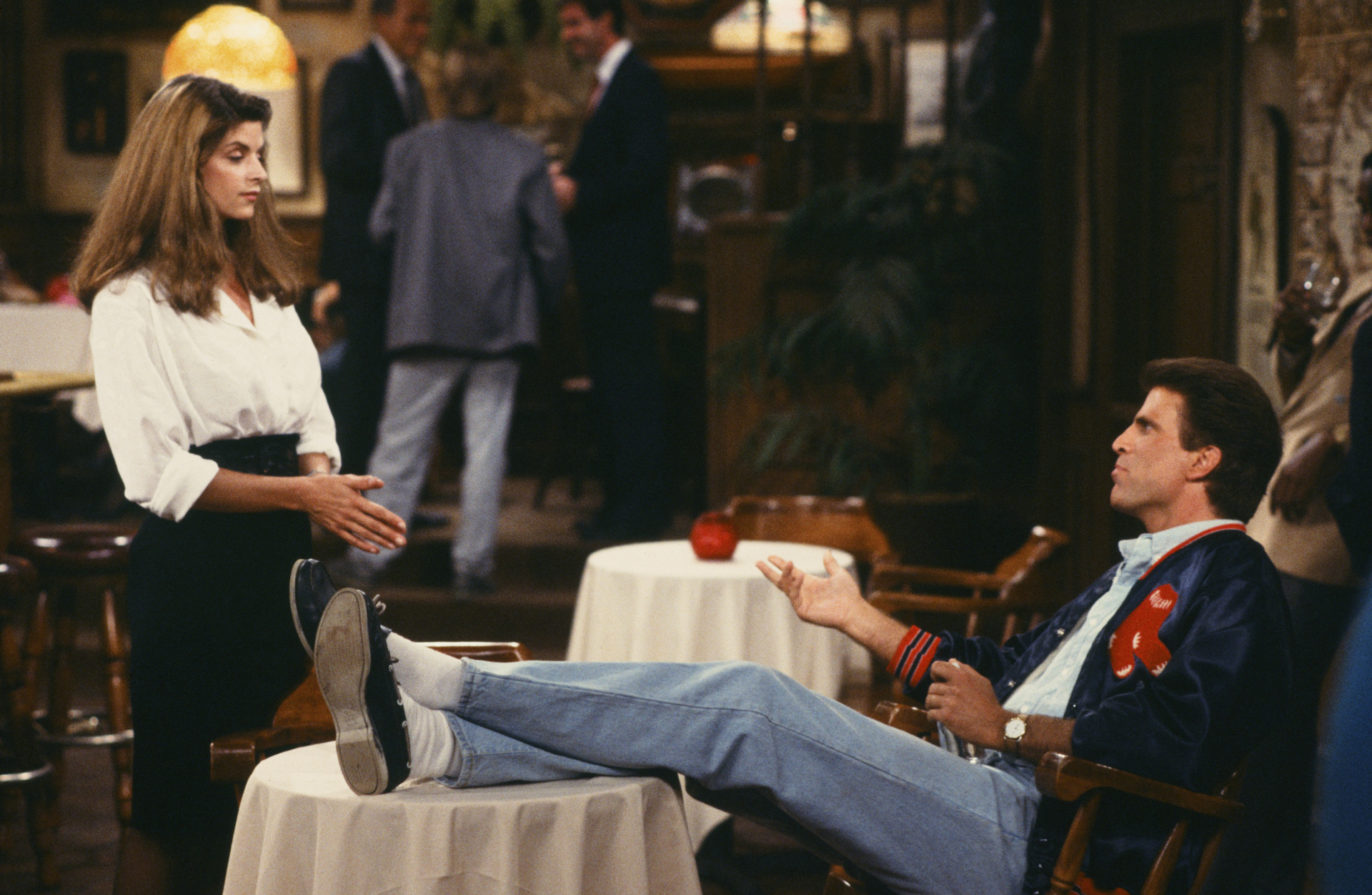 She then starred on NBC’s Veronica’s Closet as Veronica “Ronnie” Chase, the head of a lingerie company in New York City. Created by David Crane and Marta Kauffman, the show aired for three seasons, from September 1997 to December 2000.

She played the accountant Mollie Jensen, a single mother who has a baby (voiced by Bruce Willis), opposite John Travolta in the hit comedy Look Who’s Talking (1989), directed by Amy Heckerling, then returned for sequels in 1990 and 1993.

Alley also took a rightward turn in her politics in recent years, from her open support of President Donald Trump to her attacks against wokeism’s stranglehold on Hollywood.

In that same year, Kirstie Alley made headlines when she publicly excoriated the Oscars for their new list of diversity requirements for Best Picture, denouncing it as “a disgrace to artists everywhere” while likening the policy to telling Picasso what he could and could not paint.

“This is a disgrace to artists everywhere…can you imagine telling Picasso what had to be in his fucking paintings,” tweeted Alley. “You people have lost your minds. Control artists, control individual thought .. OSCAR ORWELL.”

Alley deleted that tweet and later clarified that she supports diversity and inclusion but opposes the mandating of it.

“I deleted my first tweet about the new rules for best movie OSCARS because I feel it was a poor analogy & misrepresented my viewpoint. I am 100% behind diversity inclusion & tolerance. I’m opposed to MANDATED ARBITRARY percentages relating to hiring human beings in any business,” she tweeted.

I deleted my first tweet about the new rules for best movie OSCARS because I feel it was a poor analogy & misrepresented my viewpoint. I am 100% behind diversity inclusion & tolerance. I’m opposed to MANDATED ARBITRARY percentages relating to hiring human beings in any business.