A host of UK-based newspapers returned fire at Meghan and Harry on Friday after being targeted for criticism in the dewy-eyed couple’s Netflix reminiscences about themselves, their enemies, and the travails that haunt their everyday existence in the hills of Montecito, California.

The Royal family was largely left out of the first three episodes of the show, which dropped Thursday, with Harry’s early life and his resentment towards news outlets featuring strongly, choosing to blame the latter for the death of his mother Diana.

In the series, Prince Harry alleges the U.K. tabloids would routinely exaggerate, distort and fabricate stories about the couple. He adds newspapers would give reporters the fanciful title of “Royal Correspondent” to give their claims “extra credibility.”

The brouhaha splashed across multiple newspaper front pages on Friday, which were largely critical of the Duke and Duchess of Sussex — Harry and Meghan’s formal titles, in a continuation of earlier push back as Breitbart London reported.

The couple’s claim of repeated invasions of their privacy and being hounded by paparazzi was also addressed.

The Daily Mail led off with the headline “palace anger at ‘assault on the Queen’s legacy’,” and carried almost 20 pages of coverage on the show.

Inside, one commentator took issue with their claim that Brexit had fuelled racism in the UK and contributed to their eventual split from the family, calling it “the most insulting distortion.” 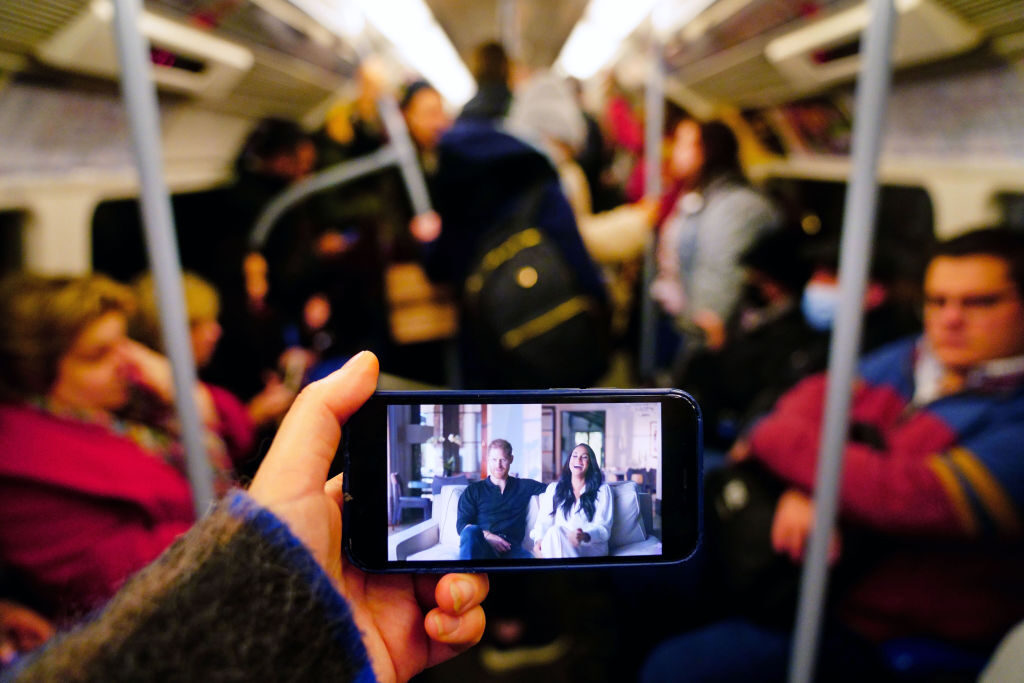 A phone screen held by a passenger on a London Underground tube train showing the Duke and Duchess of Sussex’s controversial documentary being aired on Netflix. Harry & Meghan – a six-part docuseries – dropped on the streaming giant at 8am in the UK on Thursday. (Victoria Jones/PA Images via Getty)

The Mail also dedicated four pages to rebutting what it called the couple’s “fantasies and lies”, including their claims of an unrelentingly hostile media and stories about their first date and engagement.

It claimed the show had “cynically doctored” previous media interviews with the couple, casting a pall of doubt over their other claims and accusations in what many have called a supreme exercise in self-aggrandizement.

The Sun, owned by Rupert Murdoch’s News Corp., led with “Harry the Nasty” an oblique nod to its “Harry the Nazi” front page from 2005.

The outlet added the couple had “trashed the Queen’s legacy”, left Harry’s father King Charles III and his brother Prince William in a “state of sadness” and unfairly tarnished the whole country as racist.

The paper, along with many others, picked up on one scene in which Meghan performed a melodramatic curtsey as she recalled meeting Queen Elizabeth II for the first time. 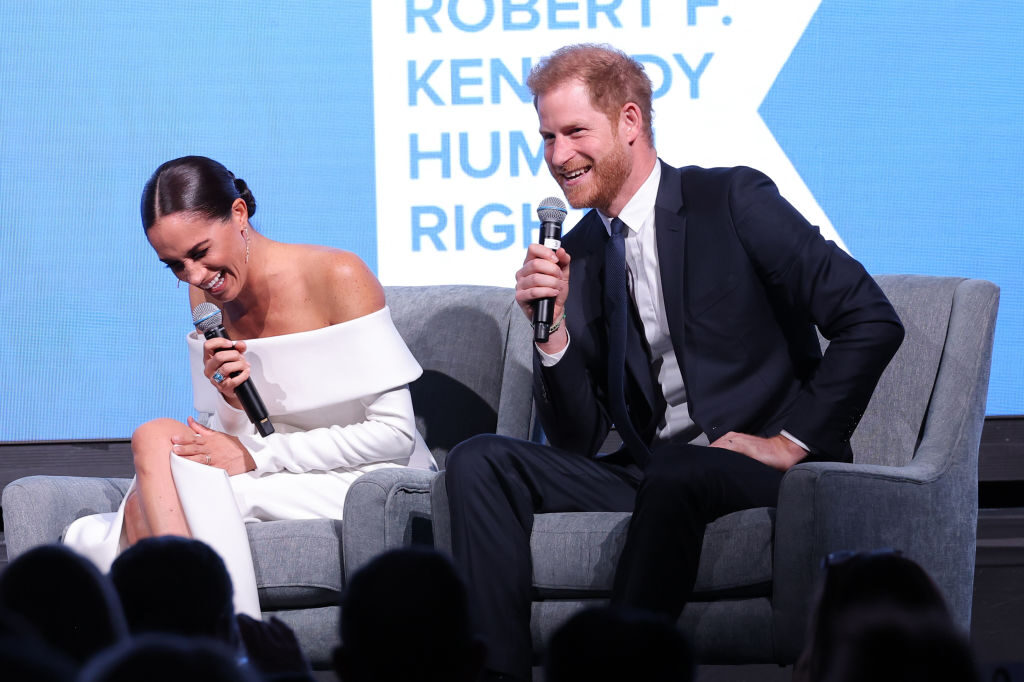 “How low can you go?” asked the tabloid, adding “mocking Meghan exaggerated a curtsey to poke fun at the royals — and compared their traditions to a tacky US medieval chain.”

The daily suggests the series supposedly tarnishing the legacy of the late Queen and cites sources close to the Royal family saying they are numbed in a “state of sadness.”

The Mirror‘s front page similarly led with the Sussexes, but the tabloid chose to castigate all parties for focusing on the Royal soap opera amid a national cost of living crisis.

“Stop this” was its cry.

The broadsheets also dedicated their front pages to the show, with the Daily Telegraph leading with the “‘direct hit’ on the queen’s legacy.”

The Times ran with the less polemic headline “Palace and Netflix clash over Sussexes soap opera”, although one commentator implored: “Please make it stop Netflix, I can’t take any more of this self-centred nonsense.”

The left-wing Guardian newspaper was more supportive of the couple, and focused on Prince Harry’s criticism his own family failed to protect Meghan.