A 6.4-magnitude earthquake rocked northern California in the early hours of Tuesday morning, bringing darkness to more than half of the hardest-hit county through mass power outages.

The event was reported at 2:34 a.m. local time, originating at a depth of 10 miles and centered some 7.5 miles southwest of Ferndale, Humboldt County – 130 miles north of San Francisco, according to the U.S. Geological Survey (USGS).

The “notable” quake was then followed by at least two aftershocks of 4.6 magnitude and 3.1 magnitude.

The Independent reports the U.S. National Oceanic and Atmospheric Administration (NOAA) has said there is no current tsunami threat. No loss of life has been reported.

More than 71,000 customers — about 72 percent of those in Humboldt County — had lost power as of about 4:45 a.m. local time, according to tracking website PowerOutage.us.

Authorities closed an important bridge in Ferndale that was showing damage, KRCR-TV reported. Some gas leaks were also reported.

“Power is out across the county,” officials said on Twitter, adding in all-caps: “Do not call 911 unless you are experiencing an immediate emergency.” 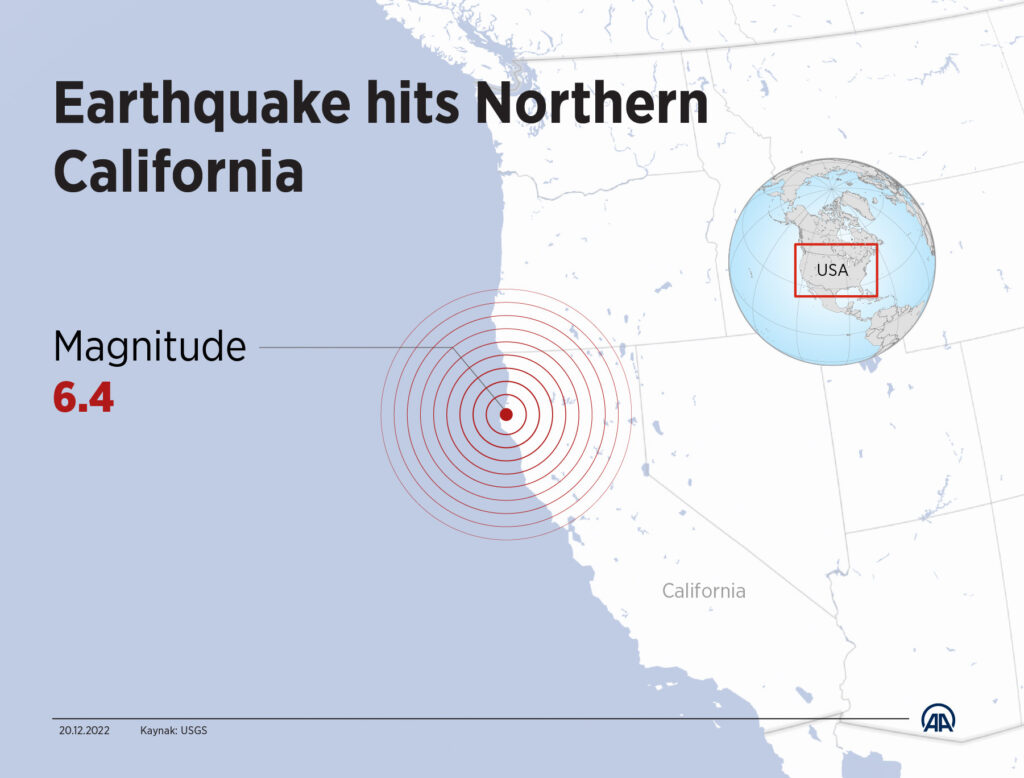 The quake was large enough to trigger a “ShakeAlert” that was sent to cellphones by FEMA’s Wireless Emergency Alert System, officials said.

Caroline Titus, a resident of Ferndale, tweeted video in her darkened home of toppled furniture and smashed dishes.

“Our home is a 140-year-old Victorian. The north/south shaking is very evident in what fell,” she tweeted.

“That was a big one,” she said in another tweet.

That was a big one. Power is now out in #ferndaleca. House is a mess. #earthquake pic.twitter.com/YEmcv1Urhp

“We hope everyone is safe and if you felt shaking or got an alert you took a protective action like Drop, Cover, and Hold On,” USGS said, ABC News reported.

That earthquake was centered in El Cerrito, about a 16-mile drive to downtown San Francisco.