Yesterday, BBC News told the nation that “a DNA study has confirmed” that London had always been the “diverse” and “cosmopolitan” city it is today. Except, the study hasn’t even been conducted yet, and previous studies suggest the complete opposite, save for a small number of “diverse” Roman masters who did not stay in the country.

The BBC reported the Museum of London “plans” to analyse the DNA of 20,000 human remains stored in its archives. But the corporation has also said “these initial results come from four people” and conveniently “two had origins from outside Europe, another was from continental Europe and one was a native Briton.”

Combining these tentative results with comments from a useful, enthusiastic, multiculturalist working at the Museum, the BBC quoted senior curator Caroline McDonald: “The thing to remember with the original Londoners is that they were not born here… the Mediterranean, somewhere else from Africa… So the stories we can tell about our ancient population are absolutely relevant to modern contemporary London.” 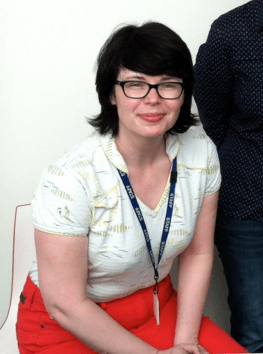 However, the few skeletons selectively represented, as the BBC’s article goes on to detail, are four exceptions rather than the rule.

All four are rare finds associated with the Roman invasion. The slave-owning Romans, of course, established London (Londinium), so it’s hardly surprising a small number of individuals from other Roman provinces. The “north African” referred to is identified by tooth enamel, not DNA, so was likely a Caucasian Roman from Alexandria or Carthage.

The Romans did not stay, however, in any significant numbers and nor did they intermarry with the native Britons who had resided on these isles since the end of the last ice age.

Earlier this year, in a massive and extensive study, archaeologists and geneticists from Oxford University found that there is very little Roman DNA in the British genetic make-up, and none from Africa.

In fact, the British population has remained so stable that genetically similar individuals inhabit the same areas today as they did following the Anglo-Saxon invasion, shortly after the Romans departed these shores.

The research found that people in central and southern England (including London) have a significant DNA contributions from the Anglo-Saxons, showing they intermarried with, rather than replaced, the people. But Vikings and Romans left little DNA trance behind. 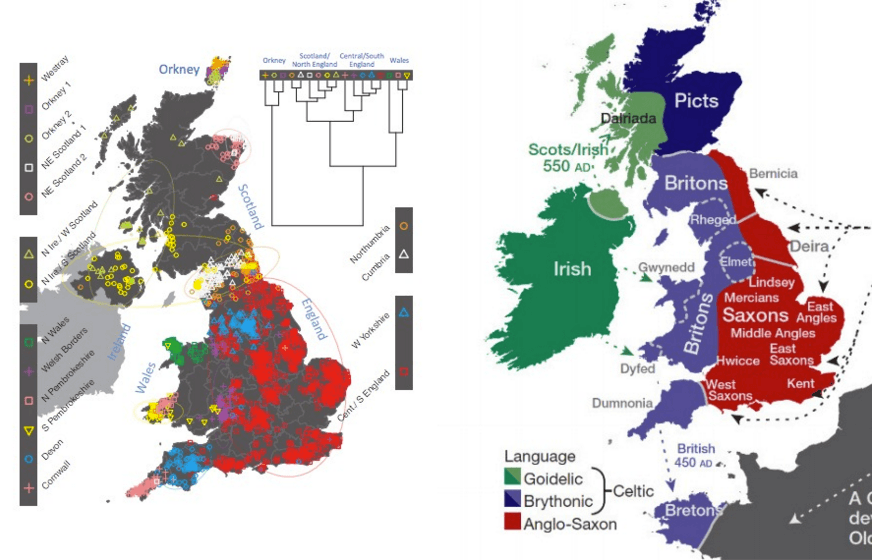 The ‘People of the British Isles’ study analysed the DNA of 2,039 modern Britons from rural areas, whose four grandparents were all born within 80km of each other. Our genes come from these four individuals, allowing the researchers to view a snapshot of British genetics in the late 19th Century – before the mass migration events of the last century.

Northern European populations have long been known to be some of the least heterozygous (genetically diverse) in the world, but the precise degree of historical continuity took researchers by surprise.

“When we plotted the genetics on a map we got this fantastic parallel between areas and genetic similarity”, Professor Mark Robinson, of Oxford University’s department of archaeology, told the Telegraph in March this year.

“It was an extraordinary result, one which was much more than I expected. We see areas like Devon and Cornwall where the difference lies directly on the boundary”, he said.

Adding: “The genetic make-up we see is really one of perhaps 1,400 years ago.”

The study found precise genetic divides between Cornwall and Devon, along the river Tamar, and between North and South Wales – both exactly corresponding to ancient kingdoms.

Professor Peter Donnelly, Director of the Wellcome Trust Centre for Human Genetics said: “It has long been known that human populations differ genetically but never before have we been able to observe such exquisite and fascinating detail.

“We used the genetic material to really tease apart the subtle differences in DNA. And we’re able to zoom in and see which areas are closer genetically.

“In a certain sense there are more genetic differences between North and South Wales than between Kent and Scotland.