In an exclusive interview with Breitbart London, Kepel, the author of “Terror in France: The Rise of Jihad in the West” said that he didn’t think either Le Pen or Macron – the two candidates in France’s Presidential election – were on the right track to tackling the issue.

“The jihadists would have like Marine Le Pen to win”, he said, explaining that if she wins “they can sell to all Muslims that the French are racist, they don’t want you, integration into the French republic is an illusion.”

If elected on Sunday, Le Pen has promised to jail all known radical Islamists and deport foreign Islamic radicals, a move that Macron has slammed for harming intelligence gathering efforts.

But while he supports Macron over Le Pen, Professor Kepel didn’t think that Macron would be able to change the shift toward identity politics and groups like the Identitarian youth movement who protest Islamisation in France.

The solution to alienation and Islamic radicalism, Kepel argued, is the need to use the French schooling system to break down differences and educate all students to be French citizens first. If Muslims identify primarily as Muslims, he said, “French citizenship is something that will come second. That will lead to the balkanization of society and civil strife.” 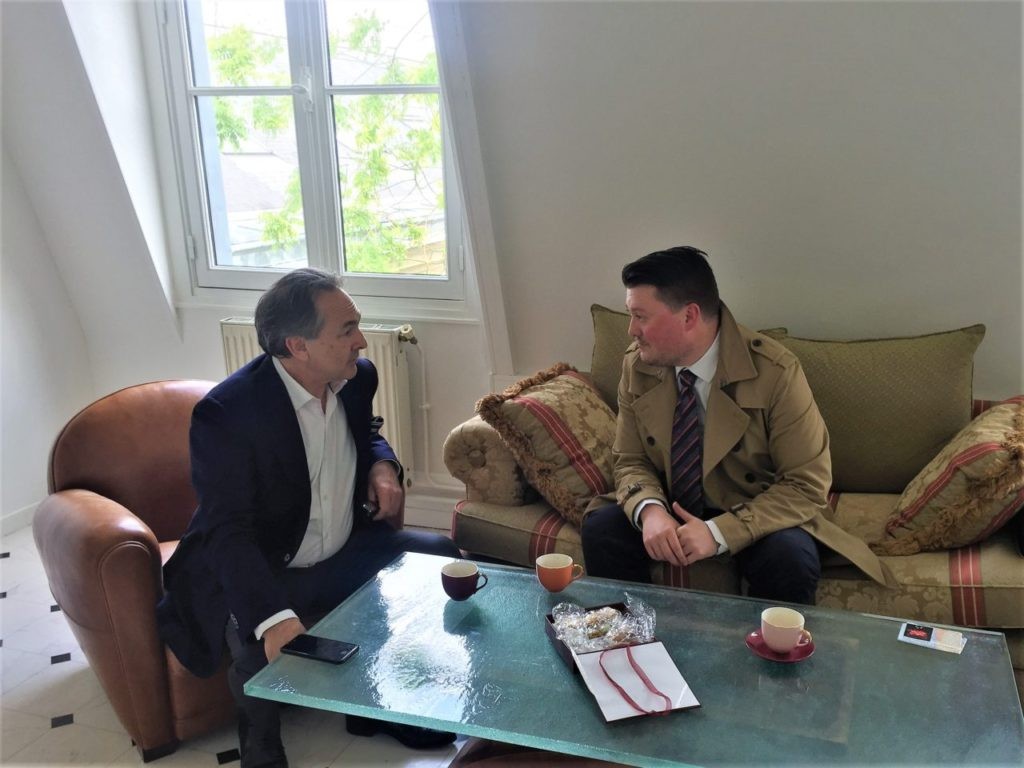 Discussing the origins of France’s Islamic problem in his Paris offices, Professor Kepel explained that Islam in France has moved through three “ages”.

The first saw many young people of migrant backgrounds become unemployed in the 1970s and turn away from French values taught in schools because the knowledge didn’t lead to jobs. Kepel said that many flocked to the Beur movement which started identifying the young people not primarily as French but as Muslims. “It was in this vacuum that Islam, as a means to find an identity on French soil started”.

Kepel recalled meeting a man in Marseilles, who he asked: “are you French or Algerian?”  The man replied, “I am both a Marseilles dweller and a Muslim,” prompting Kepel to note: “he has his feet on the ground and his head to the skies.”

By the 1980s, French Islam had moved into a second age, characterised by the arrival of preachers sent from places like Algeria becoming prominent in Muslim communities in areas such as the suburbs of Paris in the late 1980s, and advocating for Sharia law. The Muslim brotherhood-linked Union of Islamic Organizations of France (UOIF), he noted, played a large role during this time.

The third and current age, Kepel said, started with the 2005 Paris riots, and has continued with young disaffected French Muslims joining terror groups including Islamic State and committing attacks such as the Bataclan massacre in 2015. He described the third age not as a “top-down movement,” but a “bottom-up” and “network-based movement.”

Kepel has previously said that Islamists and their attacks might cause a civil war in Europe.

Kepel’s own life is under threat by radical Muslims, causing him to require a police escort wherever he goes. The Islamic State member who called for his death had been killed in February, he said, by a drone strike ordered by U.S. President Donald Trump.

He also noted that the radical Islamist who stabbed a Paris policeman and his wife to death last year used Facebook to live stream the aftermath of the killing and called for Kepel’s death as well.

He was resigned to the fact and noted, “it is my job, I know exactly who these people are, what they think, and they have no secrets from me.”

Terror in France: The Rise of Jihad in the West is available in English on Amazon.