Police in Paris forced over 60 migrants squatting in a university building to leave after staff became infected with scabies parasites.

The police were met by a human chain of 70 or so far-left activists attempting to stop them from evacuating the migrants but were able to push through and used tear gas to gain access to the site. The migrants were then led from the site onto a bus which took them to a gym in Raincy.

Around 100 migrants have been squatting in the university since January 30th. Most of the squatters come from West Africa, according to reports, and were helped by far-left activists who turned the building into a dormitory for the migrants, assisted by the president of the university.

The evacuation order came after staff at the university discovered they had been infected with the skin parasites along with the vandalisation of an administrative building several days prior which caused significant damage to the building.

Previous reports revealed the presence of anti-white slogans at the university such as “fuck all white people”, “Death to the whites”, as well as other slogans like “Kill Cops” and “Self-directed Caliphate. Islamo-Situationist International.”

The raids are just the latest evacuation of far-left activists and migrants from squats. Earlier this year, the government clashed with far-left extremists and activists at the abandoned site of a proposed airport in Notre-Dame-des-Landes where activists had been squatting for years.

In response to the police action, members of the far-left extremist Antifa movement fighting the Turkish government in Northern Syria promised violent retaliation. The group said they would target infrastructure as well as individual police officers and intelligence officials. 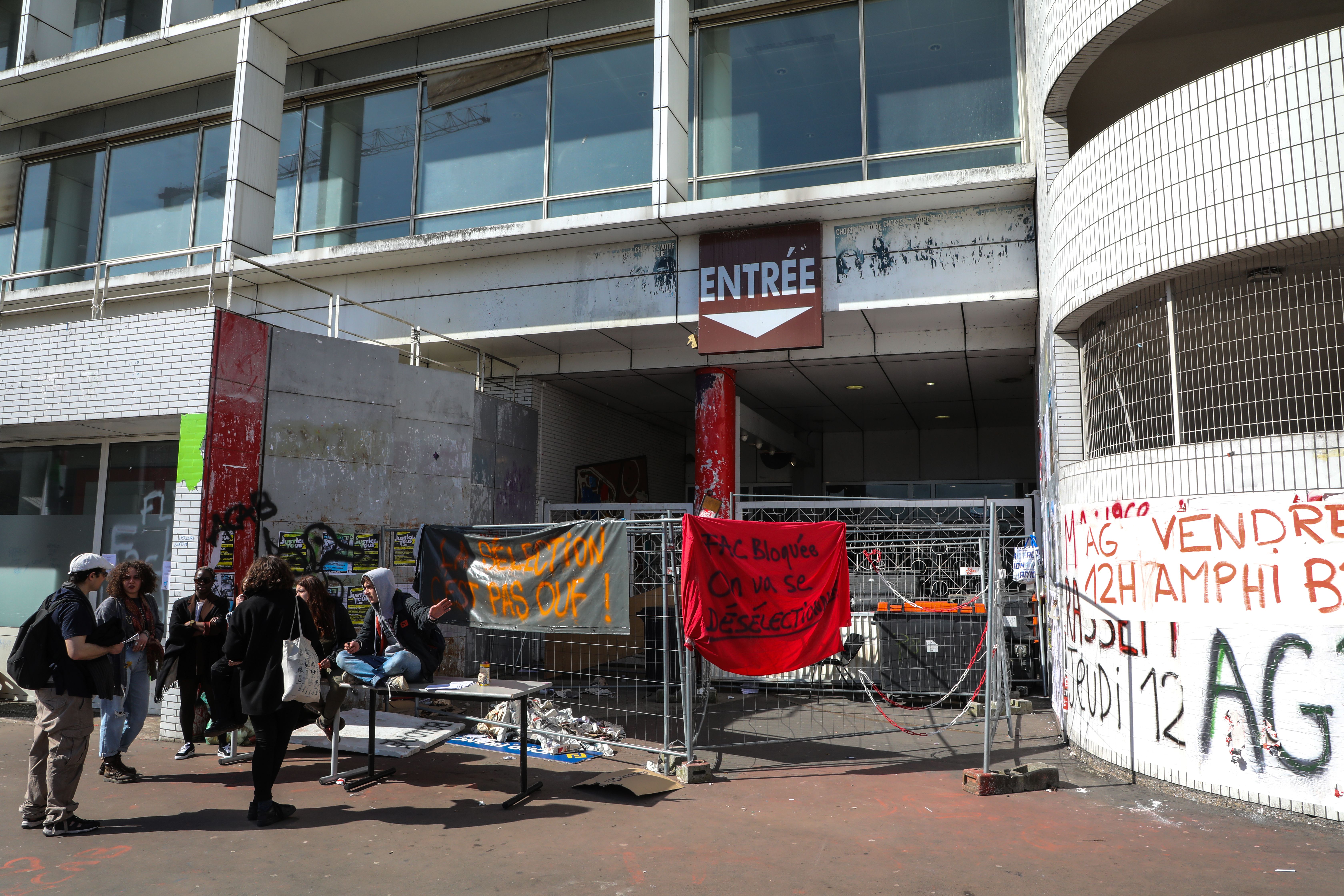 Students stand outside the Paris 8 Saint-Denis university, during a blockade by students of the building on April 6, 2018 in Saint-Denis, north of Paris, to protest against a project of selection for the admission in French universities. (Photo credit LUDOVIC MARIN/AFP/Getty Images)