Scotland has no power to unilaterally hold yet another referendum on independence without the consent of the British government.

That was the unanimous judgement Wednesday from the U.K. Supreme Court in a ruling that will set back the separatist Scottish government’s plan to strike out on its own.

The top court ruled the Scottish Parliament “does not have the power to legislate for a referendum on Scottish independence.”

AP reports Supreme Court President Robert Reed said the five justices were agreed in the verdict, delivered six weeks after lawyers for the pro-independence Scottish administration and the Conservative U.K. government argued their cases at hearings in London.

Scottish First Minister Nicola Sturgeon said she was disappointed but would “respect” the judgment before declaring her wish to break away “will not be denied,” repeating previous promises to push for another vote even though Scotland was told the last poll in 2014 was a “once in a generation” vote.

Edinburgh wants to revisit the decision, arguing Britain’s departure from the European Union changed the political and economic landscape.

Taking to Twitter, Sturgeon announced: “A law that doesn’t allow Scotland to choose our own future without Westminster consent exposes as myth any notion of the UK as a voluntary partnership & makes case for (independence).”

2/ Scottish democracy will not be denied.
Today’s ruling blocks one route to Scotland’s voice being heard on independence – but in a democracy our voice cannot and will not be silenced.
I'll make a full statement later this morning – tune in around 11.30am

The U.K. government in Westminster, London, refuses to approve a vote on the question, arguing the matter was settled in a 2014 referendum that saw Scottish voters reject independence by a margin of 55 percent to 45 percent.

Like Wales and Northern Ireland, Scotland has its own devolved government and makes its own policies on issues including health and education.

Without the court’s approval, Sturgeon had promised to make the next UK general election, which is due by January 2025 at the latest, a campaign about independence in a move threatening constitutional chaos. 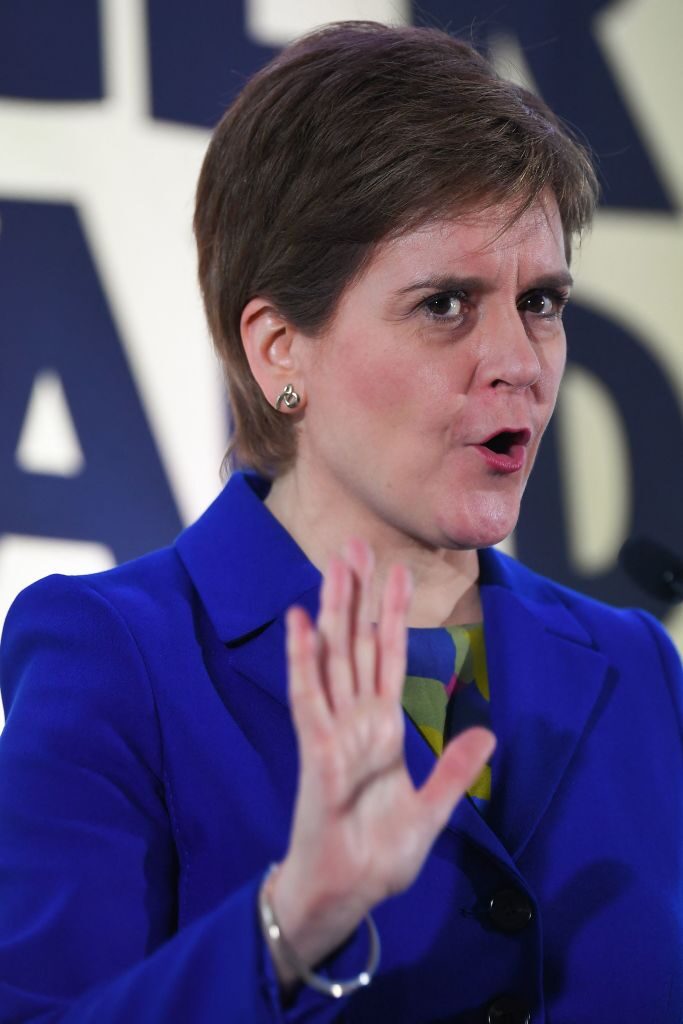 Scotland’s First Minister Nicola Sturgeon gestures during a press conference in Edinburgh after the Supreme Court blocked a new vote on independence. (ANDY BUCHANAN/AFP via Getty)

The U.K.-wide government in London controls fiscal policy, defence and other matters.

Scotland and England have been politically united since 1707.