Supporters of the Morocco football team rioted in Brussels on Sunday to celebrate their victory over their host country, Belgium.

Football supporters of largely Moroccan origin flipped cars, burnt electric scooters, and set off fireworks in Brussels and beyond on Sunday after the African nation beat Belgium 2-0 in the World Cup.

Often described as the capital of the European Union, the majority of the population of Brussels is not originally from Belgium, with one local publication speculating that there are more people of Moroccan origin alone than with Flemish or Walloon roots in the city earlier this year.

According to a report by the French-language newspaper Le Soir, 12 people were arrested as part of the public disorder in the city, with police being forced to resort to using tear gas and water cannons to disperse the crowd.

One piece of footage of the violence shows a gang of men attacking a car, with the vehicle eventually being flipped seemingly by some of the rioters.

Another video uploaded online meanwhile appears to show a man scale the side of a building in the capital before ripping a Belgian flag to the cheers of a gathered crowd.

Other so-called “public disturbances” also reportedly occurred in other Belgian cities, including Liege and Antwerp.

Although Belgium has traditionally been split between the Dutch-speaking Flemish and the French-speaking Walloons, neither ethnic group make up a majority of those in the country’s capital anymore.

Mainstream-establishment publication The Brussels Times has even claimed that it is likely there are more people of Moroccan origin in the city than from either native Belgian ethnic group, though it does not provide detailed statistics to back this up. 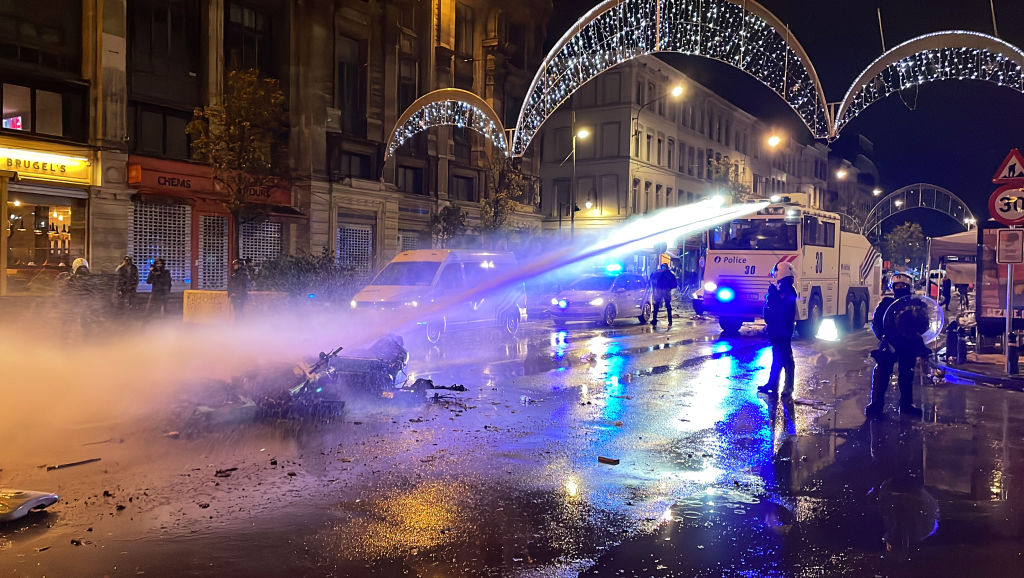 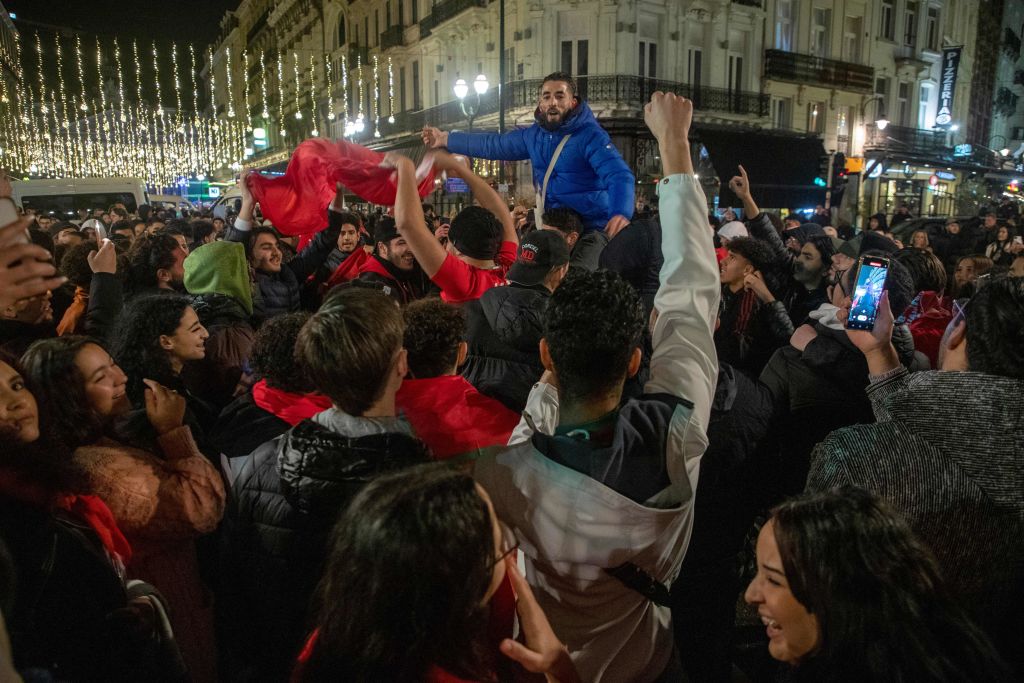 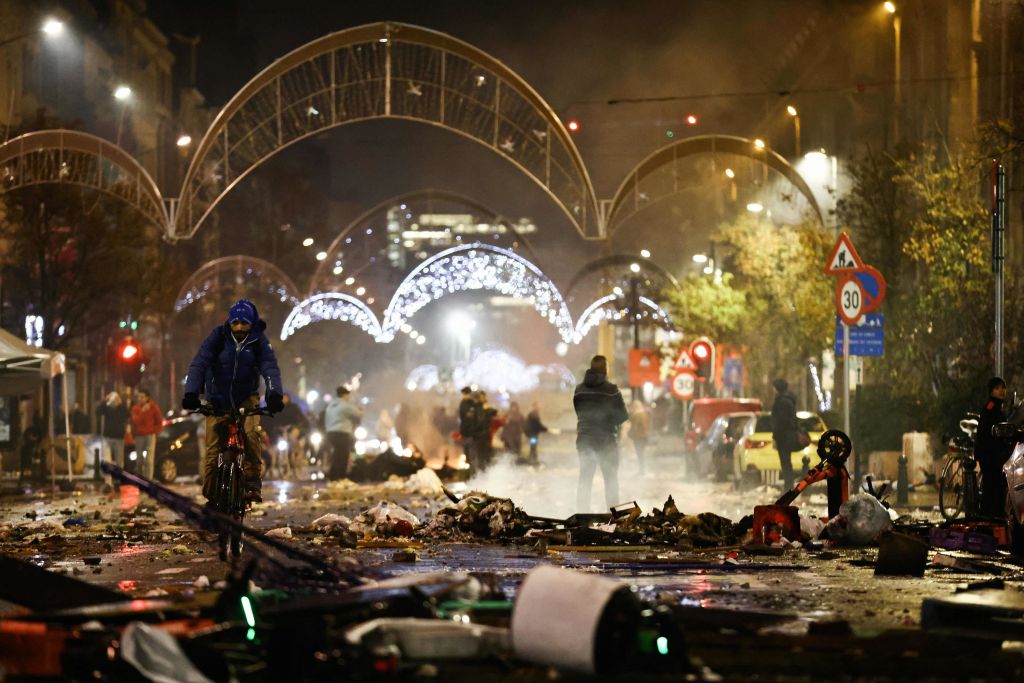 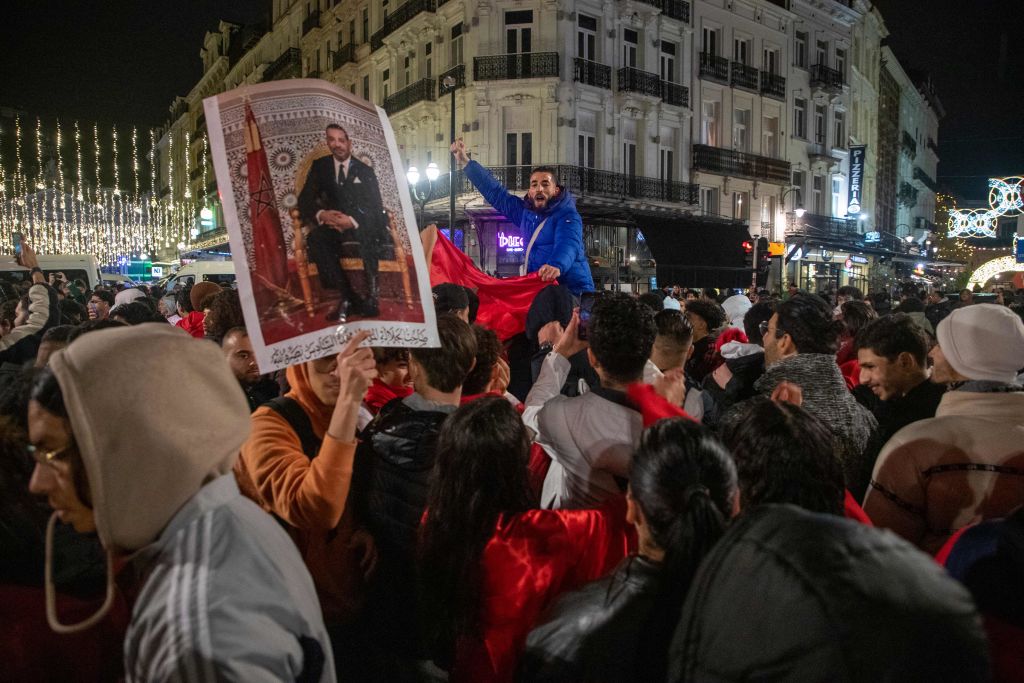 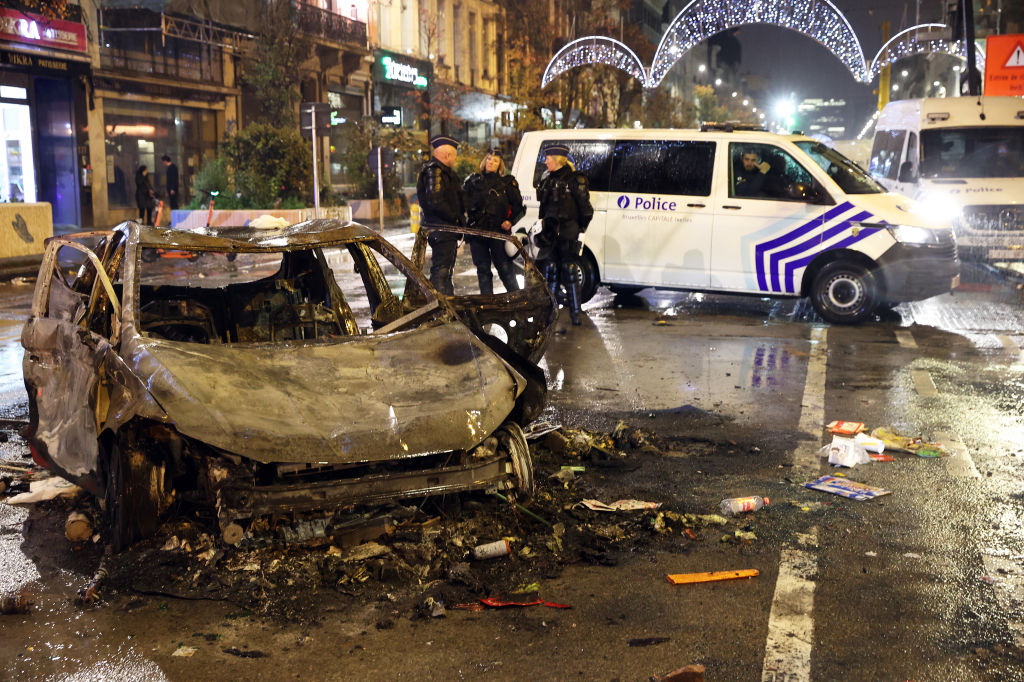 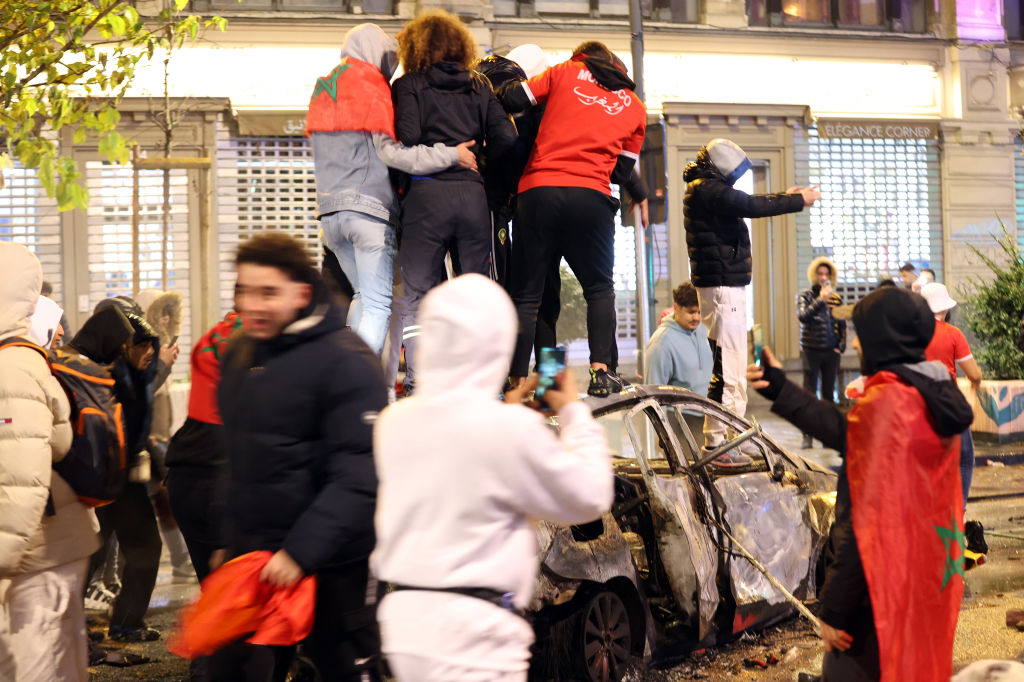 Regardless of the size of the Moroccan diaspora, however, its role in the violence has prompted some politicians and commentators to speak out against the violence, and the demographic change they believe has laid ground for it.

“Moroccans rioting in Brussels came as no surprise since it is not the first time this happens,” Tom Vandendriessche MEP of the Flemish nationalist Vlaams Belang party told Breitbart Europe, saying that the city was “indeed a hellhole as Trump stated years ago”.

“Most rioting Moroccans are bi-nationals, mostly born in Belgium, some even 3rd or 4th generation migrants. But still, they are more connected to their country of origin,” he continued. “This is a proof that integration is a lie and multiculturalism simply doesn’t work.”

“These rioting Moroccans should be arrested, stripped of their Belgian citizenship and sent back to where they truly belong and their hearts are: Morocco,” the Identity and Democracy group politician went on to say.

Vandendriessche’s assertion was backed by others within his party, with the Vlaams Belang chairman, Tom Van Greeks, echoing the sentiment regarding the loyalties of Belgium’s Moroccan diaspora.

“But there is also good news,” he added. “They don’t have to stay here. Feel free to leave.”

Meanwhile, Richard Dubreuil of Eric Zemmour’s French Reconquest party linked the riots to the “great replacement” theory while sharing footage of the violence on social media.

“Broadcast these images, the mainstream media won’t,” he went on to write.

Violence was not limited to Belgium however, with two police officers reportedly being injured in the Netherlands amid similar violence surrounding the football match in Rotterdam, Amsterdam and the Hague.

Belgium: Over 35,000 Girls Either Victims or At Risk of FGMhttps://t.co/HgAmcZ5oPZ