ROME — The Vatican announced Tuesday that Pope Francis has accepted the resignation of Archbishop Luigi Ventura, the papal nuncio to France, who has been under investigation by French authorities for sexual crimes since January 2019.

Archbishop Ventura (pictured) turned 75 years old — at which point prelates are obliged to tender their resignation — on December 9, and the pope lost no time in announcing his acceptance.

In early 2019 the Paris public prosecutor opened an investigation into charges that the Vatican nuncio repeatedly molested a junior mayoral aide sexually during a speech.

The Paris mayor’s office filed a complaint against the prelate on January 24, alleging he had sexually fondled the young man three times during an address by Paris Mayor Anne Hidalgo to diplomats at City Hall on January 17.

“During these proceedings, a city employee was subjected to sexual touching three times, with hands insistently pressed to the buttocks, one time in front of witnesses,” Le Monde reported.

Only weeks later, a second alleged victim filed a complaint against Ventura for homosexual abuse, which he purportedly committed in January 2018.

The alleged victim, 39-year-old Benjamin Guy (pictured below), described a virtually identical scene to that offered by the first complainant, namely that the archbishop had fondled his buttocks during a public ceremony with the Paris mayor a year ago. 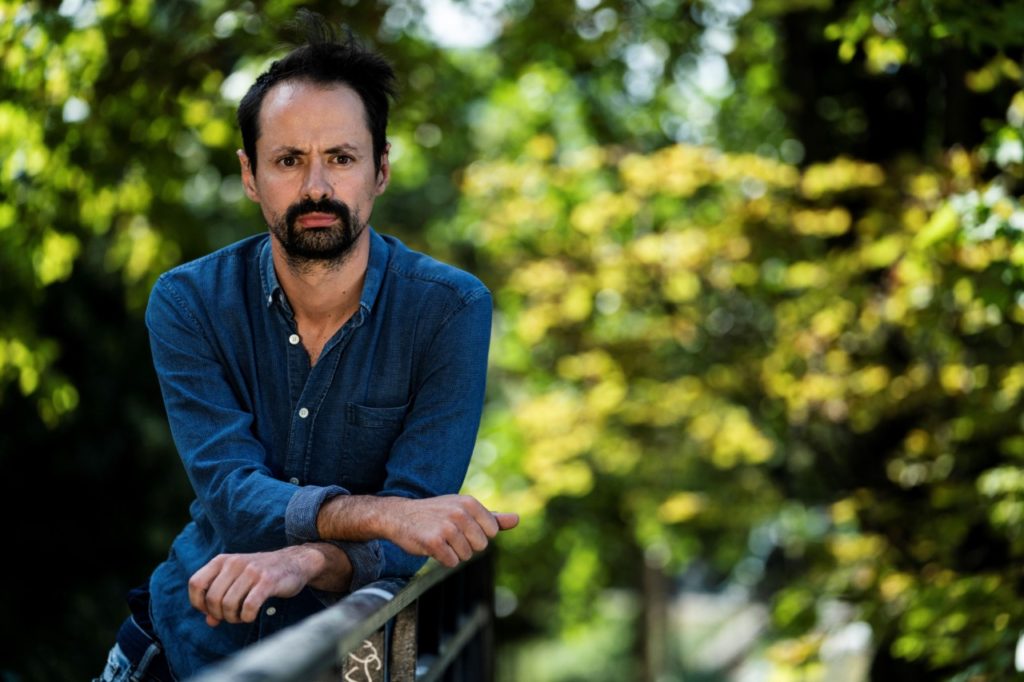 Benjamin Guy poses during a photo session on July 10, 2019 in Paris. – The Vatican has lifted the diplomatic immunity of its Paris envoy Luigi Ventura, 74, who is under investigation for alleged sexual assault. Ventura faces four complaints of sexual abuse. (KENZO TRIBOUILLARD/AFP via Getty)

“I was then employed by the Paris City Hall,” the alleged victim told Le Monde, “and as such I had specific tasks to perform for the ceremony of greetings to the civil, diplomatic, and religious authorities.”

“I was in the front row, six feet from [mayor] Anne Hidalgo, when someone came up to my left. Busy at work, I did not turn around. He put his left hand on my shoulder and with his right hand, he took my buttocks: an expert gesture, full of confidence, coupled with a big casual smile, as if it were something normal,” he said.

“I was stunned, the ceremony was going on, and so I left. I understood a few days ago that these were habitual predatory actions,” he said.

A number of French outlets, including La Croix, France Inter, and the LGBT journal Têtu published testimonials suggesting that the behavior was customary of the Vatican diplomat.

Ventura served as the Vatican’s ambassador to France for 10 years and the allegations emerged in the midst of a wave of sexual abuse accusations in the clergy as well as a book by a French journalist alleging a significant presence of actively gay priests and bishops in the Vatican.

News of the alleged abuse also followed closely on a series of reports asserting that clerical sexual abuse is overwhelmingly homosexual in nature.

The Catholic Church in Belgium released a report on clerical sex abuse in February showing that 76 percent of priests’ victims were males, which echoes patterns of chiefly homosexual abuse in other countries.

A sexual abuse commission in Germany published a study in September 2018 documenting more than 3,500 cases of clerical sex abuse involving “mostly male” victims between 1946 and 2014.

In his work as papal ambassador, Archbishop Ventura has had a central role for the Church in France, notably the proposal of candidates for future French bishops to the Vatican’s Congregation for Bishops.