The New York Times published an op-ed Friday that blamed evangelical Christians for the coronavirus pandemic.

The argument, by journalist and author Katherine Stewart, is that because religious voters supported Trump, that means he governs without regard for science. 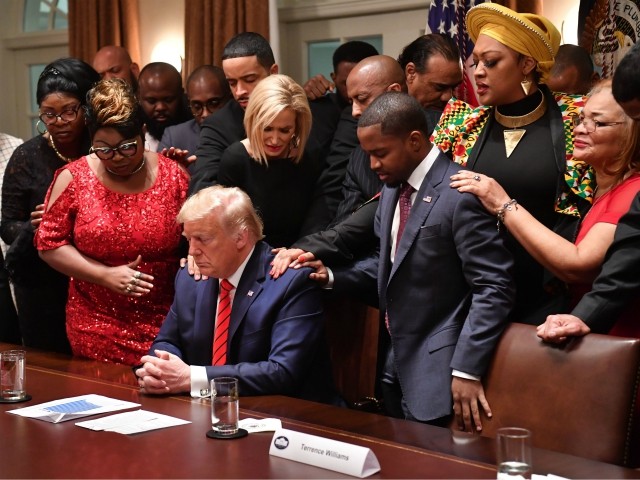 US President Donald Trump (C) stands in a prayer circle during a meeting with African-American leaders in the Cabinet Room of the White House in Washington, DC, on February 27, 2020. (Photo by Nicholas Kamm / AFP) (Photo by NICHOLAS KAMM/AFP via Getty Images)

Stewart also claims that Republicans, more than Democrats, are likely to deny science.

In her op-ed, titled “The Road to Coronavirus Hell Was Paved by Evangelicals,” she writes:

Donald Trump rose to power with the determined assistance of a movement that denies science, bashes government and prioritized loyalty over professional expertise. In the current crisis, we are all reaping what that movement has sown.

At least since the 19th century, when the proslavery theologian Robert Lewis Dabney attacked the physical sciences as “theories of unbelief,” hostility to science has characterized the more extreme forms of religious nationalism in the United States.

She then goes on to provide several quotes from pastors who pushed back against the idea of closing their churches.

Stewart admits: “By all accounts, President Trump’s tendency to trust his gut over the experts on issues like vaccines and climate change does not come from any deep-seated religious conviction.”

But she adds: “But he is perfectly in tune with the religious nationalists who form the core of his base.” 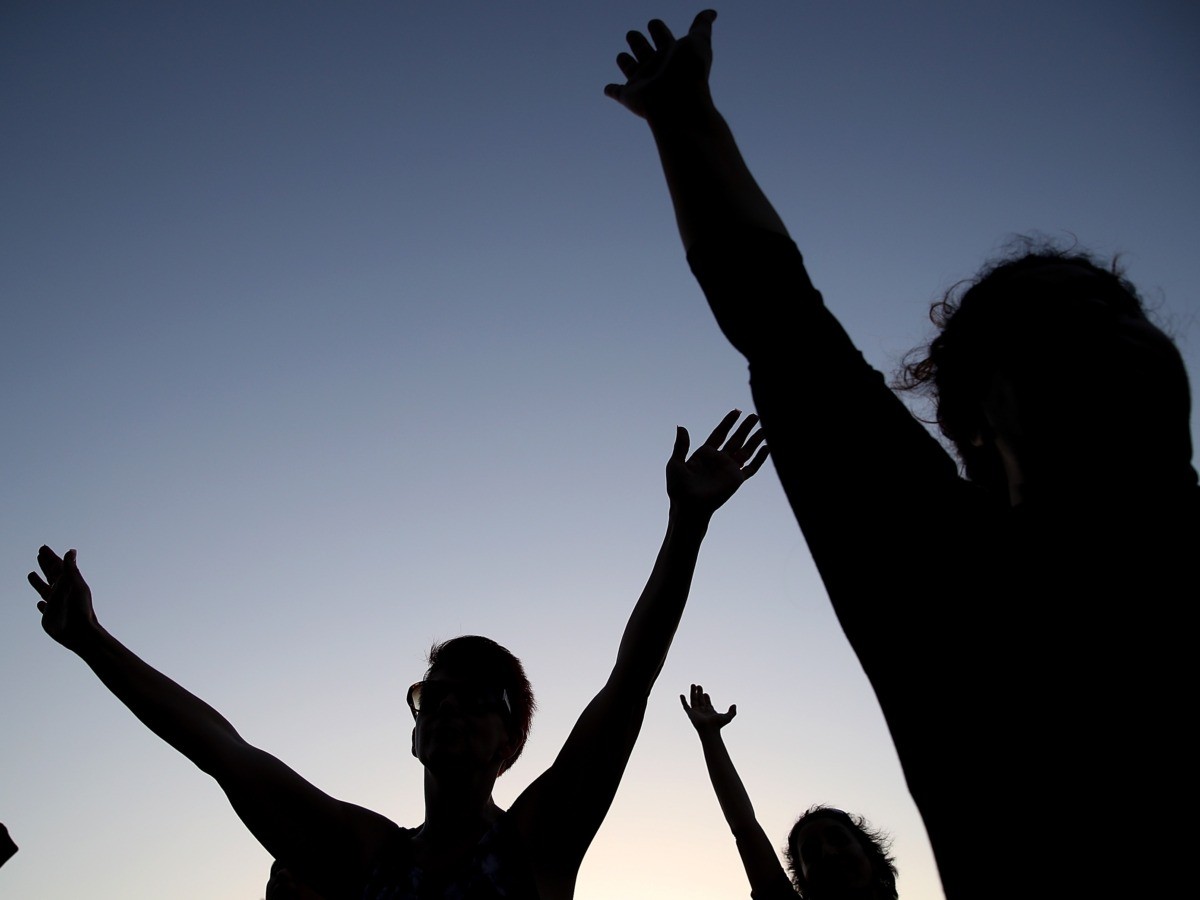 TURLOCK, CA – MAY 29: Attendees pray during Franklin Graham’s “Decision America” California tour at the Stanislaus County Fairgrounds on May 29, 2018 in Turlock, California. Rev. Franklin Graham is touring California for the weeks leading up to the California primary election on June 5th with a message for evangelicals to vote. (Photo by Justin Sullivan/Getty Images)

Since the start of the coronavirus crisis, Trump has repeatedly deferred to scientists, doctors and experts in the administration — particularly Dr. Anthony Fauci and Dr. Debbie Birx, who feature in his daily press briefings.

Notably, scientists have confirmed that President Trump’s travel bans on China and Europe slowed and limited the spread of the disease in the United States. In Fauci’s case, he specifically urged the travel ban be imposed on Europe.

All of the Democratic candidates for president opposed those bans.