Hundreds gathered Saturday to grieve over what remained of California’s 249-year-old San Gabriel Mission, founded by St. Junípero Serra, after a fire engulfed the historic church in the early hours of the morning.

“My heart is full of sadness,” 70-year-old parishioner Anita Chavez told the Los Angeles Times, adding, “This church has been at the center of my family, my world and my faith.”

The San Gabriel Fire Department received a call about the fire around 4:24 a.m. and when the engine arrived, firefighters saw flames and smoke coming from a corner of the mission.

As they tried to save the church, portions of the building started to fall on them, so they battled the fire from outside, according to the department’s Public Information Officer Capt. Antonio Negrete. 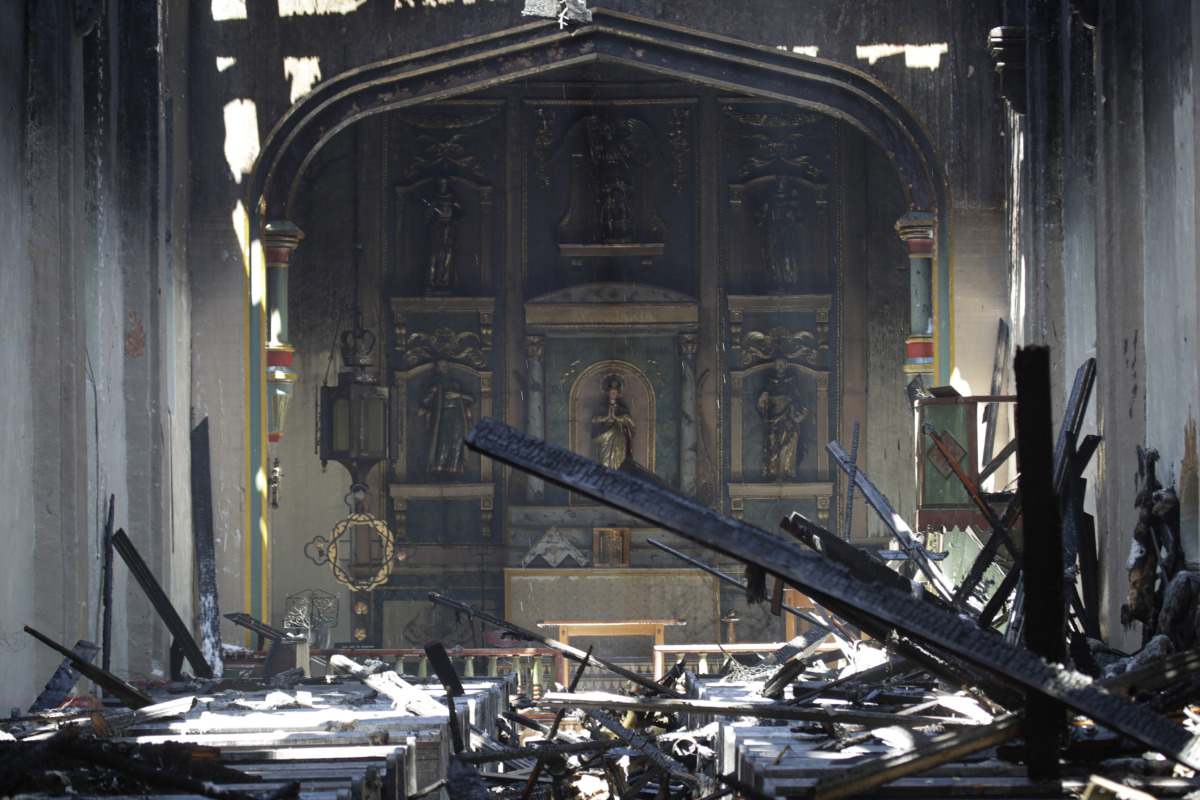 The interior of the San Gabriel Mission is seen in the aftermath of a morning fire, Saturday, July 11, 2020, in San Gabriel, CA. The fire destroyed the rooftop and most of the interior of the 249-year-old church that was undergoing renovation. (AP Photo/Marcio Jose Sanchez)

“Flames destroyed the roof, most of the just-refurbished pews and portions of the interior, though some statues and other historic items survived,” the Times article read.

Our beloved #SanGabrielMission, founded in 1771, devastated by fire before dawn. St. Junípero Serra, pray for this land that you helped to found. pic.twitter.com/aX0X4qCvJ7

In recent weeks, statues of St. Serra, who was canonized by Pope Francis in 2015, were torn down or vandalized by demonstrators in protest of the state’s colonial past, the Catholic News Agency (CNA) reported.

However, Monsignor Francis Weber of Mission San Fernando, a priest and archivist emeritus for the Archdiocese of Los Angeles who has written extensively on Serra, rejected the belief that he mistreated the Indians.

“There’s no single recorded example in the official documentation of the period that Serra mistreated the Native Americans … in fact, he walked all the way to Mexico City to get a bill of rights issued for them. He was a great man all around,” Weber explained.

Bob Spidell, who previously served as a docent at Mission San Juan Capistrano, echoed his comments.

He noted that Serra was “protective of the Indians, such as when the Spanish soldiers were cruel to them. He looked after them as part of his flock.”

“An advocate for native people and a champion of human rights, Serra was often at odds with Spanish authorities over the treatment of native people, from whom there was an outpouring of grief at his death in 1784,” the CNA article noted. 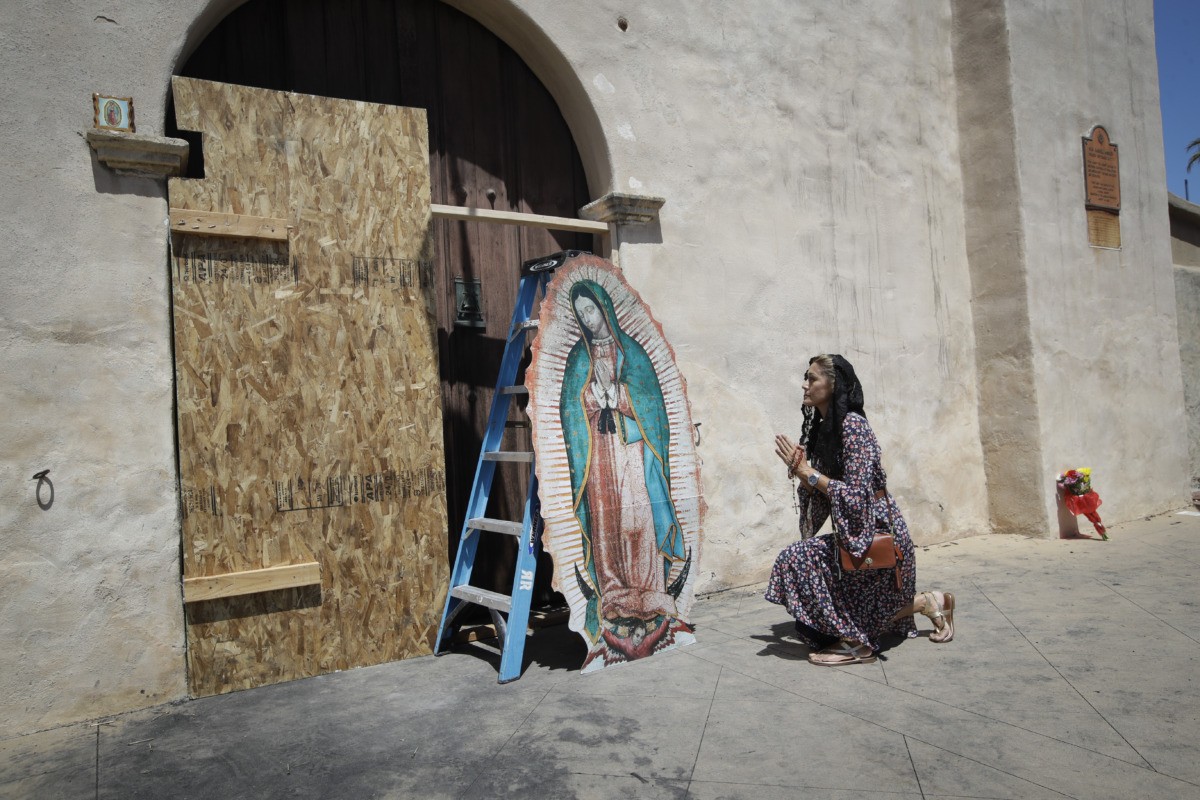 At the time of the fire, the mission was undergoing renovations in preparation for its 250th anniversary celebration slated for next year, the report added.

“The roof of the mission is completely gone and the interior up to the altar is completely destroyed,” Negrete said of the damage the blaze left behind.

“We’re going to have building engineers come in and see if we can shore up some walls to make it as safe as possible for the investigators to go in and start investigating this fire,” he continued. 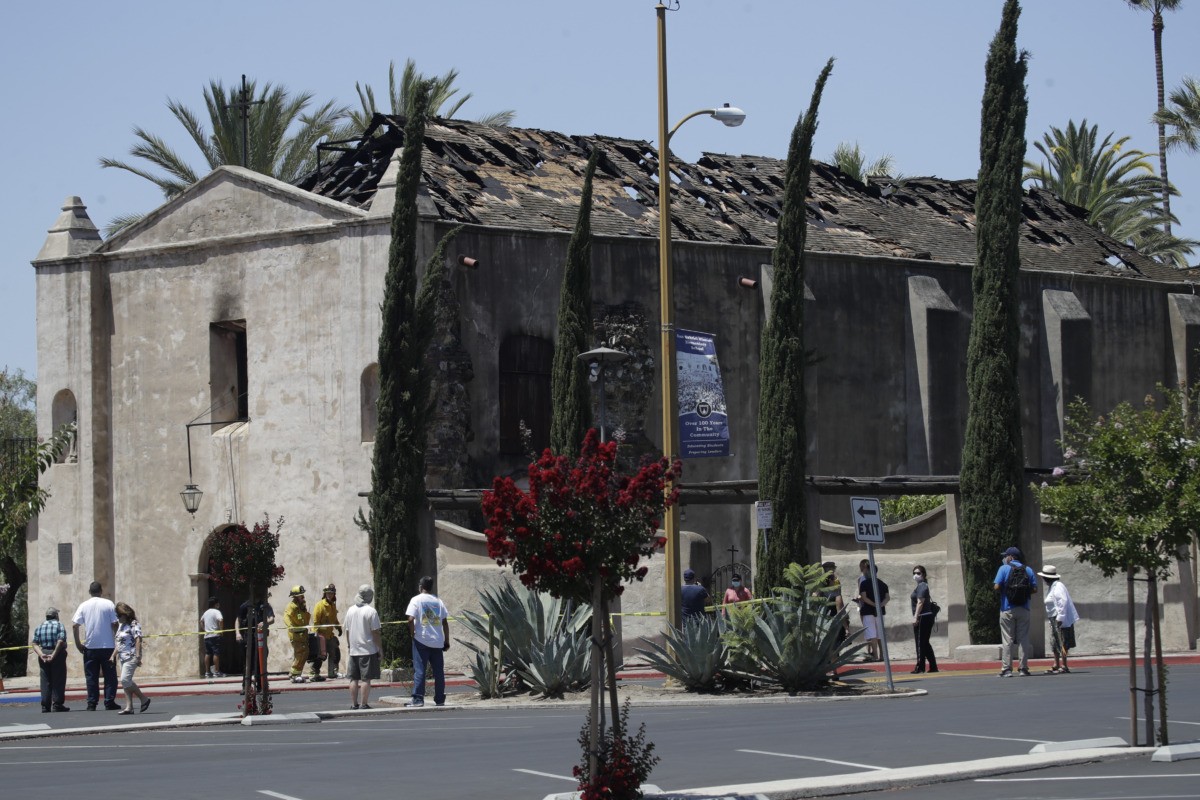 As of Sunday afternoon, the cause of Saturday’s fire was still unknown and officials were looking into whether or not it was intentionally set.

“Just because it’s a church, and I’m sure you’re aware of the recent vandalism that’s been done to the mission churches and the statues of Junípero Serra,” Negrete explained, adding, “So that’s part of the investigation.”