Greeting a group of Polish pilgrims at his weekly General Audience, the pope underscored John Paul’s belief that he had survived two gunshots, fired at point blank range in Saint Peter’s Square by a professional assassin, thanks to the intercession of the Virgin Mary.

In May 1982, John Paul traveled to Fatima, Portugal, the alleged site of Marian apparitions to three shepherd children in 1917.

On the one-year anniversary of his assassination attempt, he carried the bullet in his hand and placed it in the crown on the head of a statue of Mary, where it remains to this day. 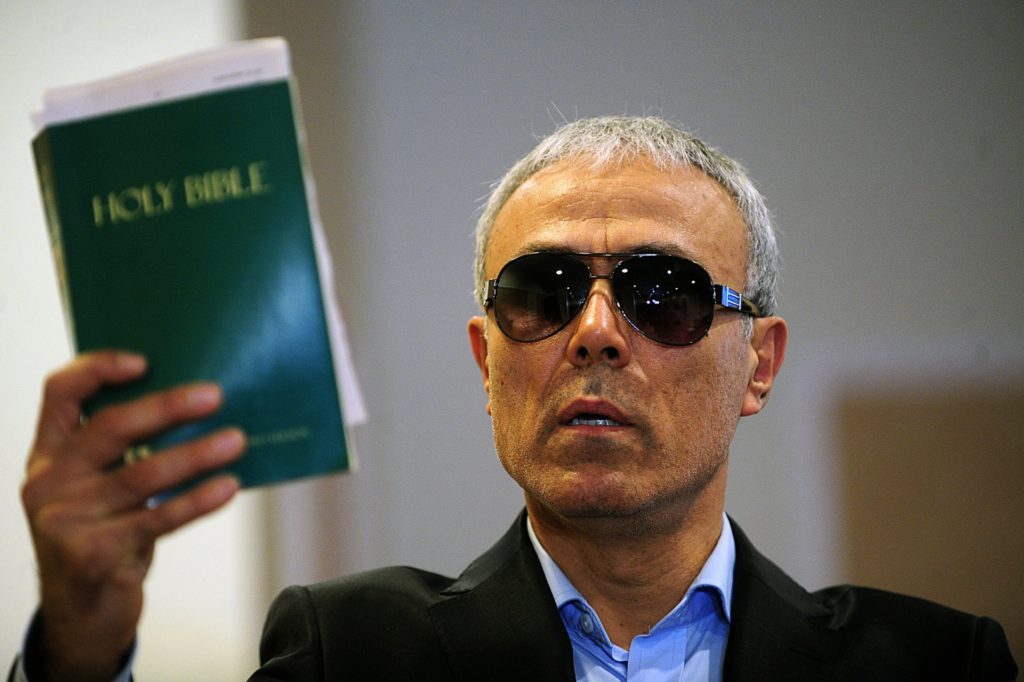 Mehmet Ali Agca, the Turkish man who attempted to assassinate Pope John Paul II in 1981, holds a copy of the Bible during a press conference in Istanbul on November 27, 2014. Agca has asked the Vatican for permission to meet Pope Francis when he visits Turkey, reports said. Agca, believed by many to be mentally disturbed, was released from a Turkish prison in 2010 after serving nearly three decades behind bars. (OZAN KOSE/AFP via Getty Images)

“This event makes us aware that our life and the history of the world are in God’s hands,” he added. “We entrust the Church, ourselves, and the whole world to the Immaculate Heart of Mary.”

“We pray for peace, the end of the pandemic, the spirit of penance and our conversion,” he said. “I bless you from my heart.”

“Often have recourse to Mary, Mother of believers!” the pope told the Italian-speakers present at the event. “The various forms of Marian devotion, and especially the recitation of the Holy Rosary, will help you to live your journey of faith and Christian witness.”