Murad, a Yazidi woman from the northern Iraqi town of Sinjar, was held for three months as a sex slave by the Islamic State in 2014, before escaping to the West.

According to a Vatican statement, the pope received Murad, who was accompanied by her husband. This was the third meeting between the Nobel Prize winner and the pontiff, with prior encounters taking place in 2017, at one of the pope’s general audiences, and again in 2018.

During that last meeting, Murad gave the pope a signed copy of her autobiography The Last Girl, which Francis said touched him deeply.

“It is the story of the Yazidi,” Francis said. “And in it, Nadia Murad describes something terrifying, terrifying. I recommend you read it. At certain points, since it is biographical, it might seem rather depressing, but for me this was the real reason behind my decision.” 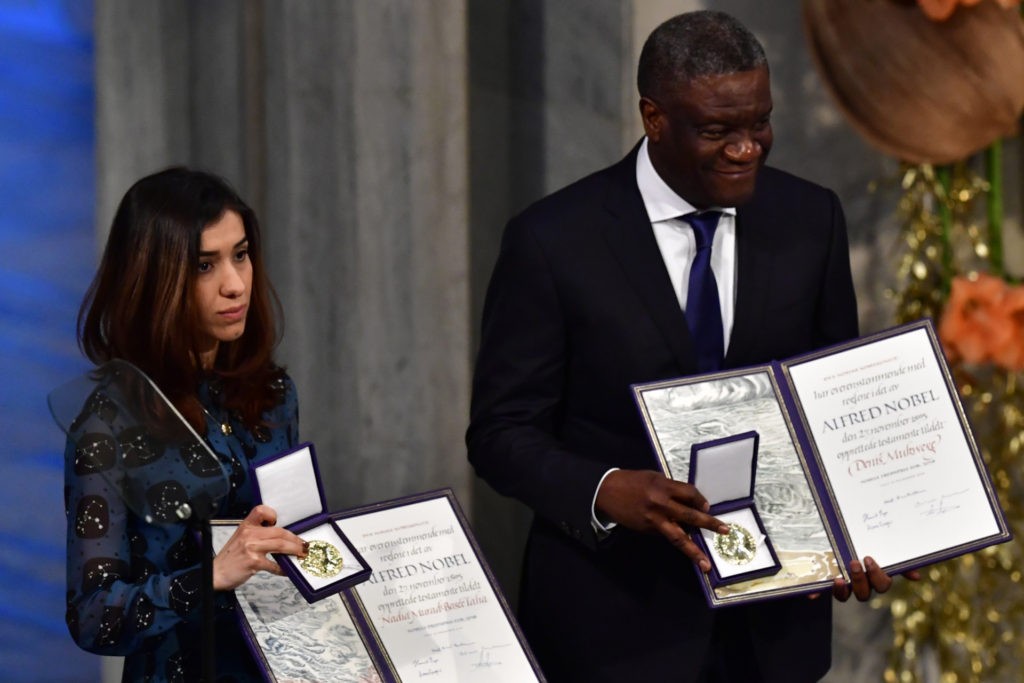 “That book affected me,” he said. “And when I heard Nadia, who came here to tell me about things…. Terrible! Then, with the book, all these things together, led to the decision [to visit Iraq].”

Murad herself said that during her 2018 audience with Francis they had “an in-depth discussion about the Yazidi community’s experience of genocide, particularly the violence endured by women and children.”

“I am glad that my story stayed with him and that he felt called to bring this message to Iraq,” she told Vatican News last March. “His advocacy for the Yazidi cause is an example for other religious leaders in the region to amplify the message of tolerance of religious minorities like the Yazidis.”

Since her escape from the Islamic State in 2014, Murad has been living in Germany and advocating on behalf of Yazidi women. She has also sought to persuade the international community to acknowledge the Islamic State atrocities against the Yazidis as genocide.