ROME — Cardinal Joseph Zen has been found guilty together with five others of failing to properly register the 612 Humanitarian Relief Fund, which provided legal and medical aid to jailed protesters of Hong Kong’s pro-democracy movement.

Last May, Hong Kong’s national security police arrested the 90-year-old cardinal, the former bishop of Hong Kong, on suspicion of “collusion with foreign forces” under the city’s sweeping national security law, but these charges have not been brought.

Yim ruled that all six defendants could be regarded as “office-bearers” of the fund, which carried “political aims,” and therefore were liable for not registering the trust as a society.

The very public prosecution of the Catholic cardinal forms part of an ongoing crackdown on dissent in the city. 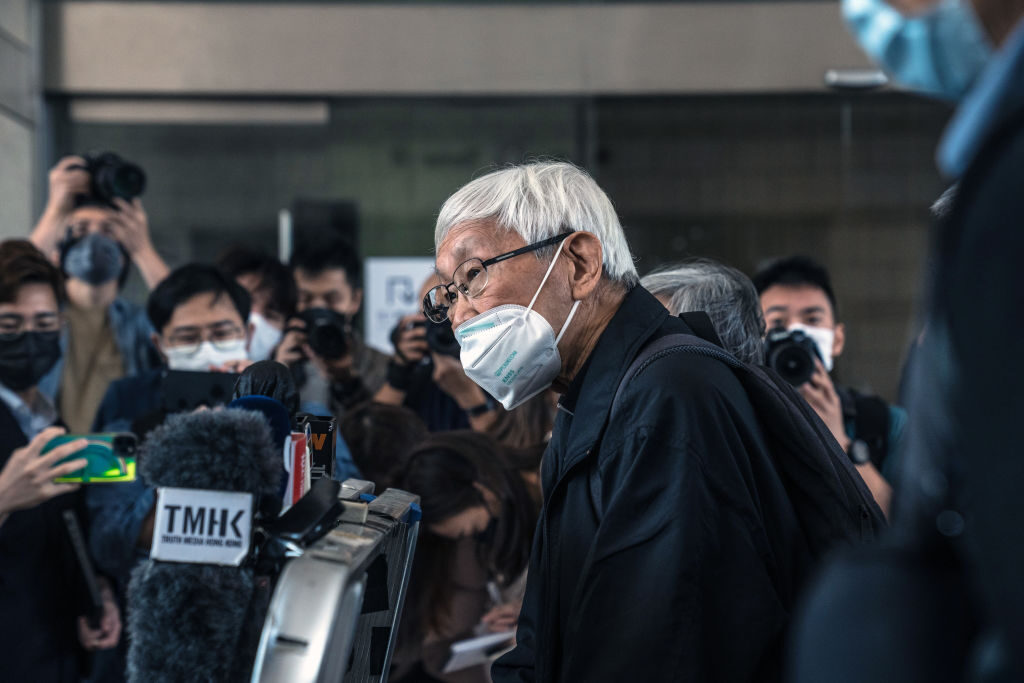 Joseph Zen, cardinal of the Holy Roman Church and former trustee of the 612 Humanitarian Relief Fund, speaks to members of the media following a verdict hearing at the West Kowloon Magistrates’ Courts in Hong Kong, China, on Friday, Nov. 25, 2022. (Lam Yik/Bloomberg via Getty )

Earlier this month a Catholic watchdog group reported that Hong Kong authorities are forcing young inmates arrested during the 2019 pro-democracy protests to attend “patriotic education” sessions to cleanse them of “extreme ideological views.”

Hong Kong’s re-education programs mimic those of the “brainwashing” techniques employed by the Chinese Communist Party (CCP) to the Uyghurs in Xinjiang and underground Chinese Catholics who refuse to enlist in the state-controlled Chinese Catholic Patriotic Association, reported AsiaNews, the official press agency of the Pontifical Institute for Foreign Missions.

This summer, the European Parliament (EP) condemned the arrest of Zen in the strongest of terms and urged the Hong Kong authorities “to drop all charges against Cardinal Zen and the other four trustees.”

“Parliament condemns the arrests of Cardinal Joseph Zen, one of the strongest advocates of Hong Kong’s pro-democracy movement, and of the other four trustees of the 612 Humanitarian Relief Fund,” the EP stated in July, noting that these and similar repressive actions “constitute an attack on the freedoms guaranteed in the Hong Kong Basic Law, including the freedom of religion or belief.”

Conspicuous by its absence was any protest of the prosecution by Pope Francis, who has been at loggerheads with Zen over dealings between the Vatican and the Chinese Communist Party (CCP). 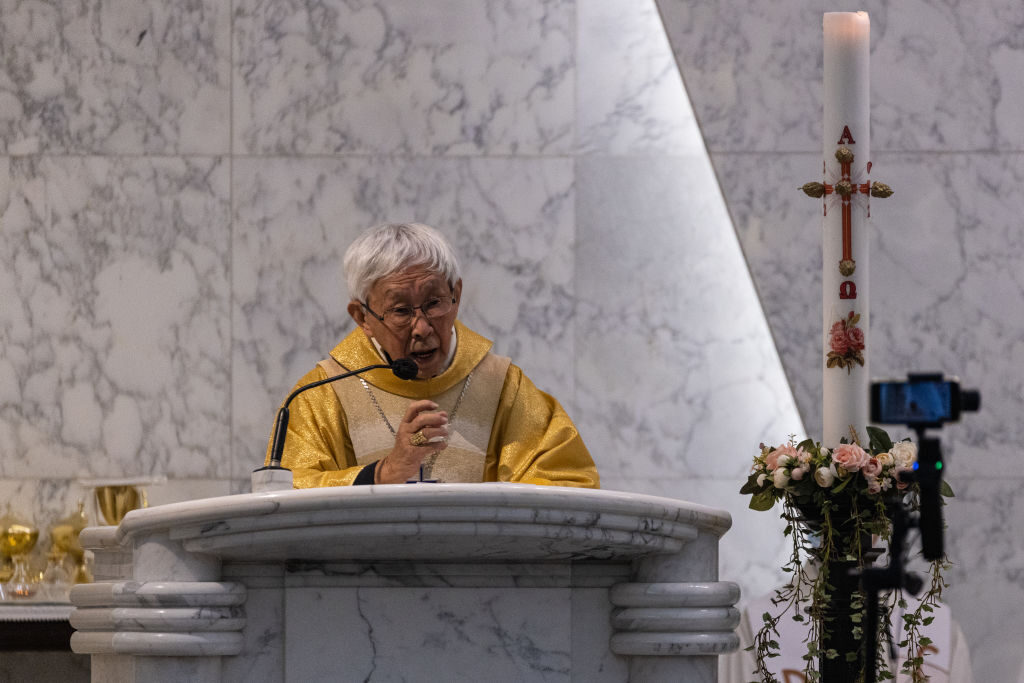 Cardinal Joseph Zen holds a mass at the Holy Cross Church on May 24, 2022 in Hong Kong, China. ( Louise Delmotte/Getty Images)

Asked by a reporter whether Zen’s arrest and trial constituted a violation of religious freedom, the pontiff suggested that Zen got what was coming to him.

The pope first rebuked the idea that China is undemocratic, insisting that such labels are unhelpful because China is a very “complex” country. Second, he acknowledged Zen’s arrest but refused to criticize it or to defend the 90-year-old cardinal.

“Cardinal Zen is going to trial these days, I think. And he says what he feels, and you can see that there are some limitations there,” he stated.