VERDICT: Misleading. New cases are dropping again in the U.S. after a spike in late spring and early summer.

Obama tweeted on Friday: “While other countries around the world have successfully managed this pandemic, we’ve seen things get worse.” He linked to an article in the Atlantic, a left-wing publication, claiming coronavirus “defeated America.”

While other countries around the world have successfully managed this pandemic, we've seen things get worse. It's not too late for us to work towards recovery, but it's going to require leaders with coherent plans to move us forward.https://t.co/qWNaFGUa4d

The article is nearly three weeks old, and so is the claim “we’ve seen things get worse,” at least as a description of the present situation.

The Centers for Disease Control and Prevention (CDC) data show that coronavirus cases peaked in the U.S. in late July and have declined steadily since then. 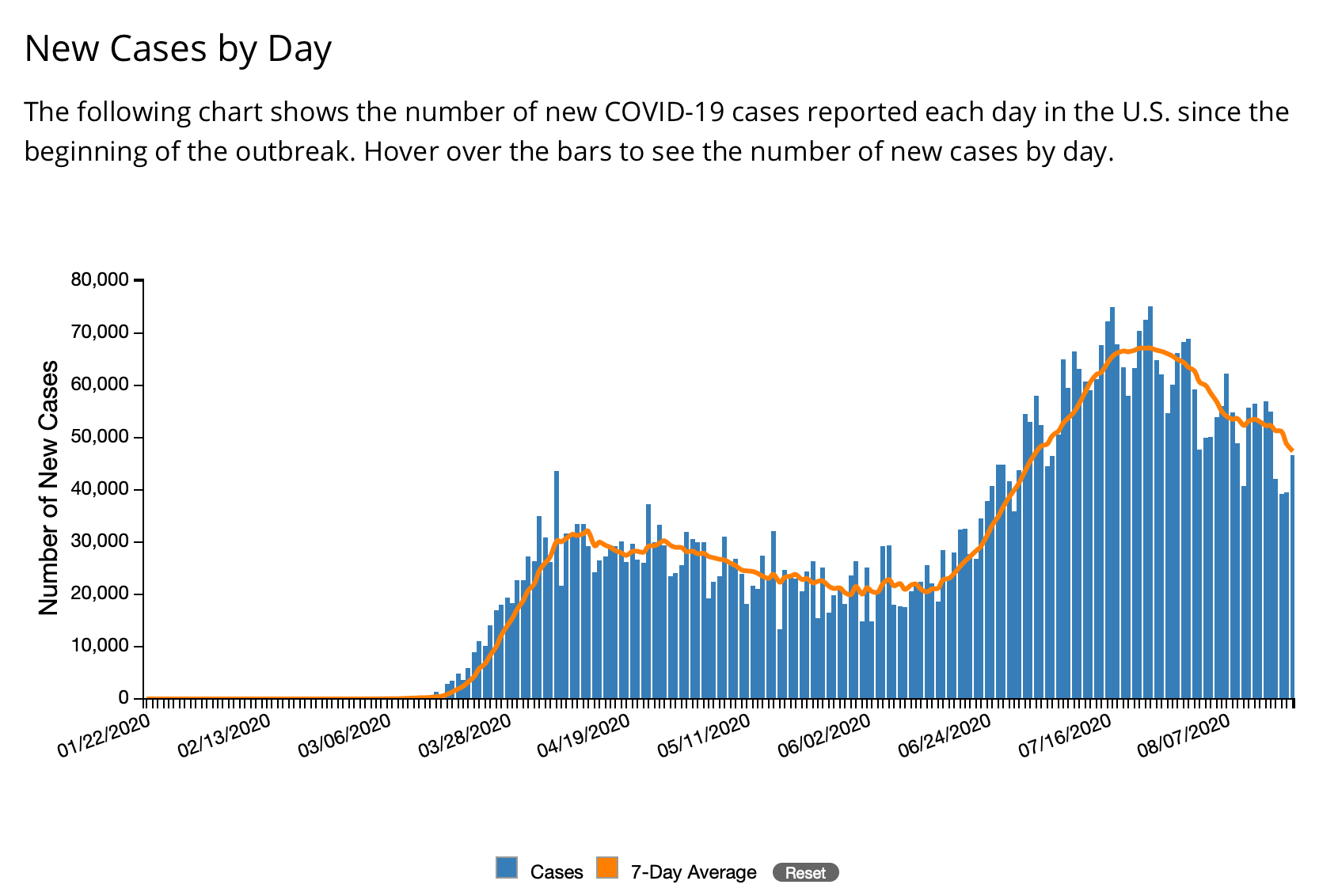 Moreover, cases are declining in many “hot spots” across the south and west of the country, which experienced a spike in cases in June and July even as cases declined in the Northeast, which was hardest hit in the earliest months of the pandemic.

In Los Angeles, for example, new coronavirus cases have fallen so low that schools may soon be able to re-open, county health officials said on Thursday.

One reason for the spike, in L.A. and elsewhere, was the fact that tens of thousands of people joined Black Lives Matter protests (and riots) — with Obama’s encouragement.

The truth is that “we’ve seen things get better.”

Twitter and other social media companies have flagged or removed posts that present inaccurate information about the coronavirus pandemic, but Obama’s tweet remained live as of this writing.