I am blessed and grateful that no one in my family has had to resort to experimental drug treatment to save or prolong their lives. But as a result of that good fortune, I was unfamiliar with the Right to Try Act until a young woman named Natalie Harp credited it with saving her life during the opening night of the Republican National Convention. 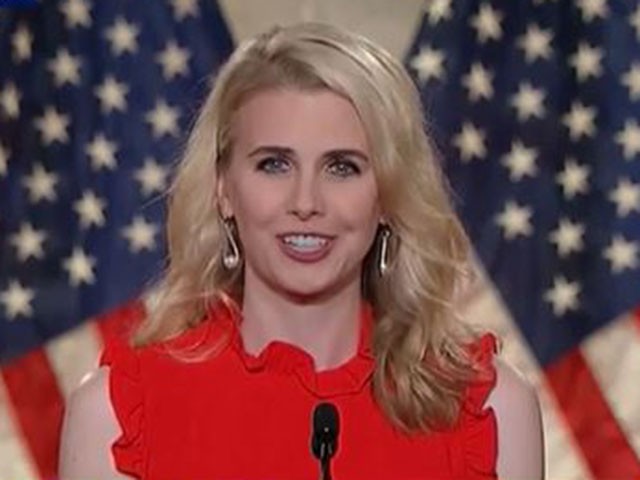 This is a law every American should know about.

The law, officially called the Trickett Wendler Frank Mongiello Jordan McLinn Matthew Bellina Right to Try Act, was signed into law by President Trump on May 30, 2018. Surrounding him as he signed it were three of the people for whom the bill was named. The fourth, Trickett Wendler, died in 2015 but her family members were there to celebrate the law they helped fight for and that promises to prolong the lives of Americans battling terminal illnesses.

Introduced in the Senate in January 2107 by Republican Sen. Ron Johnson from Wisconsin, the Right to Try bill had 46 co-sponsors, all Republican except West Virginia Sen. Joe Manchin. It passed the Senate in August of that year and was sent to the House, where it passed on May 22, 2018 by a vote of 250-169. Only 22 Democrats voted for the bill. No Republicans voted against it.

Prior to the signing of the federal law, 41 states had passed Right to Try, beginning with Colorado in 2014.

Right to Try allows people with a terminal diagnosis who have been turned down for clinical trials to bypass the federal Food and Drug Administration’s onerous “expanded access” policy to obtain experimental drugs that have passed Phase 1 trials but have not yet been approved by the FDA.

Ms. Harp credits Right to Try, and President Trump, with saving her life by helping her gain access to experimental immunotherapy drugs.

“I wouldn’t be alive today,” she told the president, “if it wasn’t for you.”

The anti-Trump media has busied itself since the law was enacted, trying to find ways to say it was unneeded or unhelpful, that few people have been helped by it. This calls to mind the way abortion advocates say we don’t need a laws to protect late-in-term babies from dismemberment abortion or newborn abortion survivors. It’s so rare, they say. Not many babies will be saved.

When 18-month-old Jessica McLure fell down a well in Midland, Texas, in 1987, did anyone think, “Well, it’s just one baby,” and go about their day? No, the whole world held its breath and prayed as rescue workers, paramedics, mining engineers and well drillers converged at the site and finally pulled her out 58 hours later.

Jessica’s life mattered to the whole world, because we knew her story. Maybe Matthew Bellina’s story would matter to more people if they knew it. One of the four people for whom the Right to Try  was named, Bellina was a husband, father and Navy pilot when he was diagnosed in 2014 with amyotrophic lateral sclerosis (better known as Lou Gehrig’s disease), an incurable disease of the nervous system that causes loss of muscle control and ultimately leads to death.

According to the Goldwater Institute, which wrote the Right to Try laws, Bellina was in a wheelchair, unable to speak and needed a machine to help him breathe. By the time the federal law was signed, he thought it might be too late to help him but he was still one of its biggest boosters, even testifying before Congress in support of the law

But in 2019, Bellina posted promising news on his Facebook page: He had begun treatment with a drug called NurOwn. In its Defense of Liberty blog, the Goldwater Institute reported that “within weeks of beginning the treatment, he could pull himself up to standing from his wheelchair. He no longer needed the breathing machine to sleep, and he even saw improvement in his ability to talk.”

Yesterday Bellina Tweeted a link to his own blog, reporting on the RV trip across America his family is planning.

“Life really has a way of making impossible things a reality. Eight years ago I thought my life was ending when I learned that I probably had ALS. I thought I was fortunate that I had been able to marry Caitlin, have a child, and see the world with the Navy, but my useful days were behind me,” he wrote. “In reality these past eight years have been the most difficult but rewarding years of my life. Not only that, I learned that you never stop growing and there is so much to learn from the people and things that God puts in your life.”

The Right to Try Law is not perfect. Drug companies can turn down a terminal patient’s requests – and in fact the Israeli company did deny Frank Mongiello’s request to try NurOwn. Certainly not every experimental drug works.

But to a terminal patient Right to Try is a reason to hope – hope for one more day to spend with their loved ones, one more day to breathe in and out. One more day to thank God for this difficult, blessed, infuriating, beautiful, scary, grace-filled thing we call life.

Thank you, President Trump, for signing this bill into law.

Janet Morana is the also the co-founder of the Silent No More Awareness Campaign and a member of the Catholics for Trump and Pro-Life Voices for Trump advisory committees.