The parents of Brian Laundrie, the individual named the person of interest in the disappearance of Gabby Petito, said they do not know their son’s whereabouts.

Chris and Roberta Laundrie’s lawyer issued a statement Monday, according to Fox 13.

Attorney Steven Bertolino said, “Chris and Roberta Laundrie do not know where Brian is. They are concerned about Brian and hope the FBI can locate him. The speculation by the public and some in the press that the parents assisted Brian in leaving the family home or in avoiding arrest on a warrant that was issued after Brian had already been missing for several days is just wrong.”

The lawyer for Gabby Petito’s family, Richard Stafford, said Monday he would host a news conference at 1:00 p.m. on Tuesday in New York.

Meanwhile, the body discovered recently near a Wyoming national park belonged to Petito, the young woman who disappeared amid a cross-country journey with her boyfriend last month, the Teton County coroner confirmed September 21. 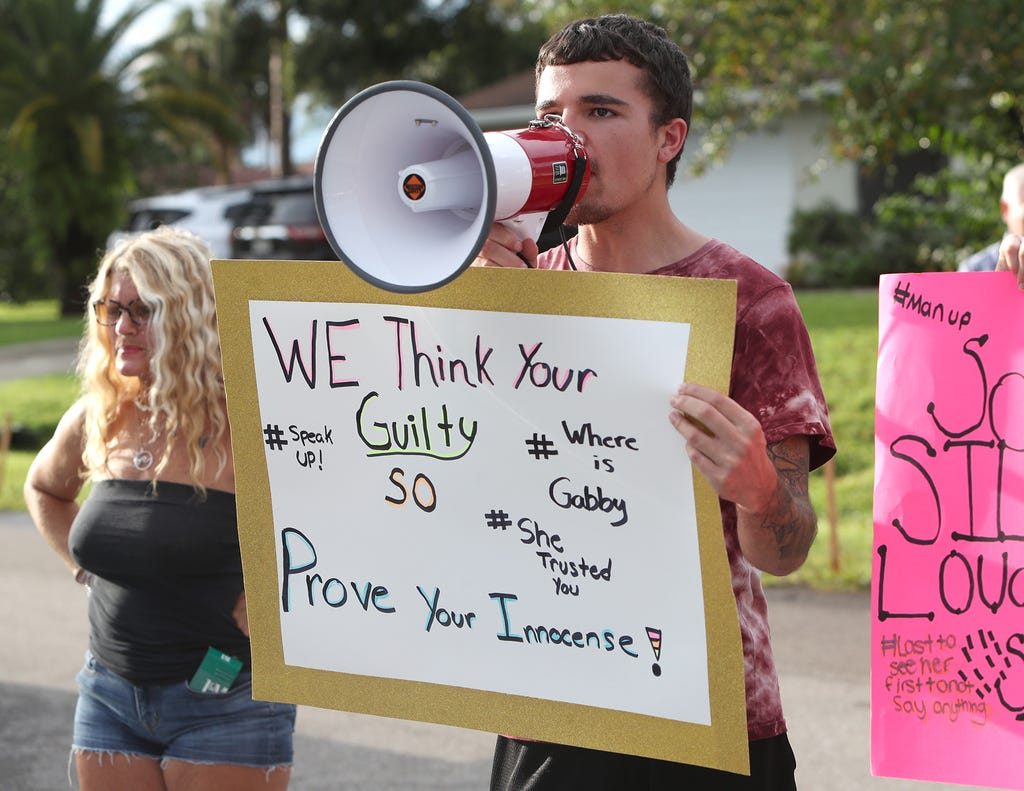 Gregory Gundberg protests in anger at the Laundrie residence in an effort to help in the finding of missing 22 year old Gabby Petito who disappeared on a cross country roadtrip with her fiance Brian Laundrie.  (MATT HOUSTON/SARASOTA HERALD-TRIBUNE via USA TODAY NETWORK)

Petito had been living with Laundrie and his parents in North Port, Florida, when they embarked on the trip. However, authorities said she was not with Laundrie when he returned home to Florida on September 1.

On September 14, Laundrie left his parents’ house to reportedly go camping near the Carlton Reserve, his parents said.

“Brian’s car was brought back to the Laundrie’s home from the reserve that Thursday, His parents reported him missing Friday, Sept. 17,” the Fox 13 article read.

Once he was reported missing, officials began searching the 25,000-acre reserve.

Laundrie apparently left home without his wallet or cellphone the day he vanished, according to the family’s attorney. 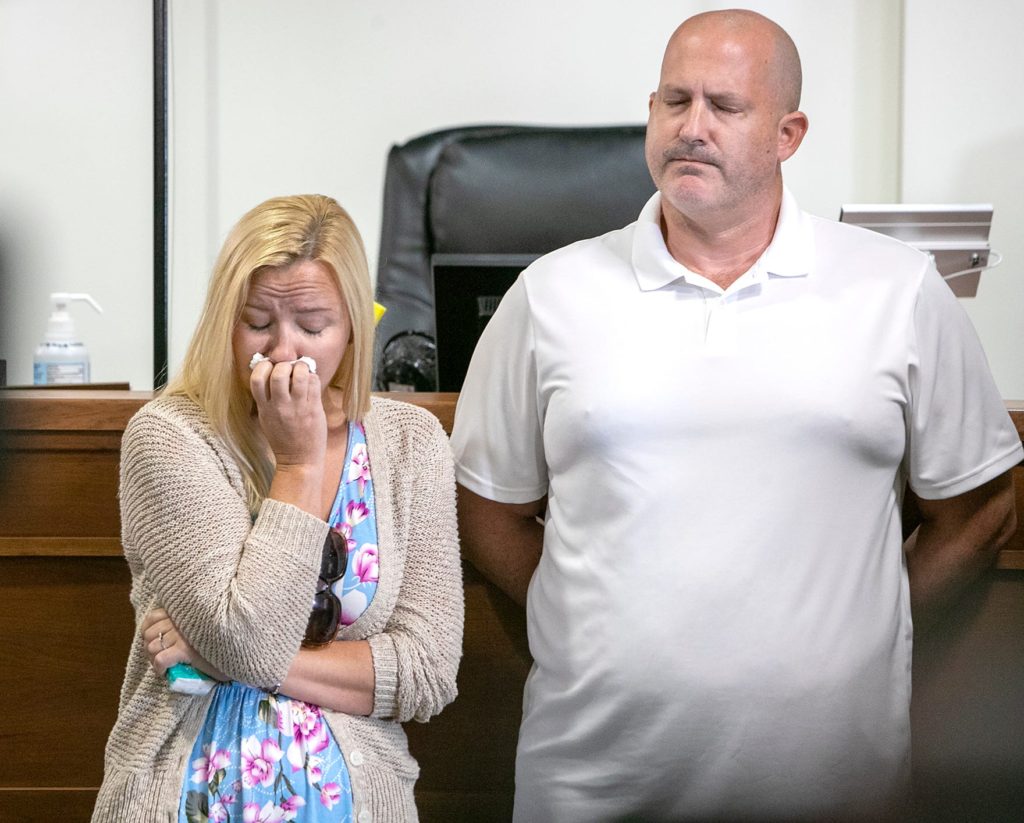 Tara Petito and Joseph Petito, stepmother and father of missing 22 year old Gabby Petito, listen to a police press conference update in North Port Fl. on the disappearance of her daughter that was on a cross country roadtrip with her fiance’ Brian Laundrie. (MATT HOUSTON/HERALD-TRIBUNE VIA USA TODAY NETWORK)

The manhunt for Laundrie continued Monday after a tip led Duane “Dog the Bounty Hunter” Chapman to investigate a campground 75 miles from his parents’ house.

“According to Chapman, surveillance footage and the park’s registry show that the Laundrie family stayed at the park between the nights of Sept. 1-3 and Sept. 6-8 – less than a week prior to when Laundrie disappeared,” Breitbart News reported.