ROME — The president of the European Catholic Bishops’ Conferences (COMECE), Cardinal Jean-Claude Hollerich, has rejected European Commission warnings that illegal immigration is being used to “destabilise Europe,” calling instead for the facilitation of migration into the continent.

In Sunday’s press release, Cardinal Hollerich expressed his concern about the situation of migrants and asylum seekers, insisting that their “human dignity and fundamental rights must be respected.”

“Their right to seek asylum must be protected and states must respect the principle of non-deportation of people in danger back to their country of origin,” the Jesuit cardinal said.

Hollerich was writing in response to an October 7 joint letter by leaders of the European Commission calling for the adaptation of existing legal frameworks so as “to adequately address attempts of instrumentalisation of illegal migration for political purposes and other hybrid threats.”

Citing the President of the European Commission, Ursula von der Leyen, the letter declared that “the EU is facing a hybrid attack, its aim is to destabilise Europe, but this can never be tolerated.”

The letter also called for reinforcement of the European Union’s external borders and the establishment of mechanisms to counter the abuse of immigration to the continent.

“To ensure the integrity and normal functioning of the Schengen area, all our external borders must be protected with maximum level of security,” it stated. “At the same time, our migration and asylum policy must be abuse-resistant.” 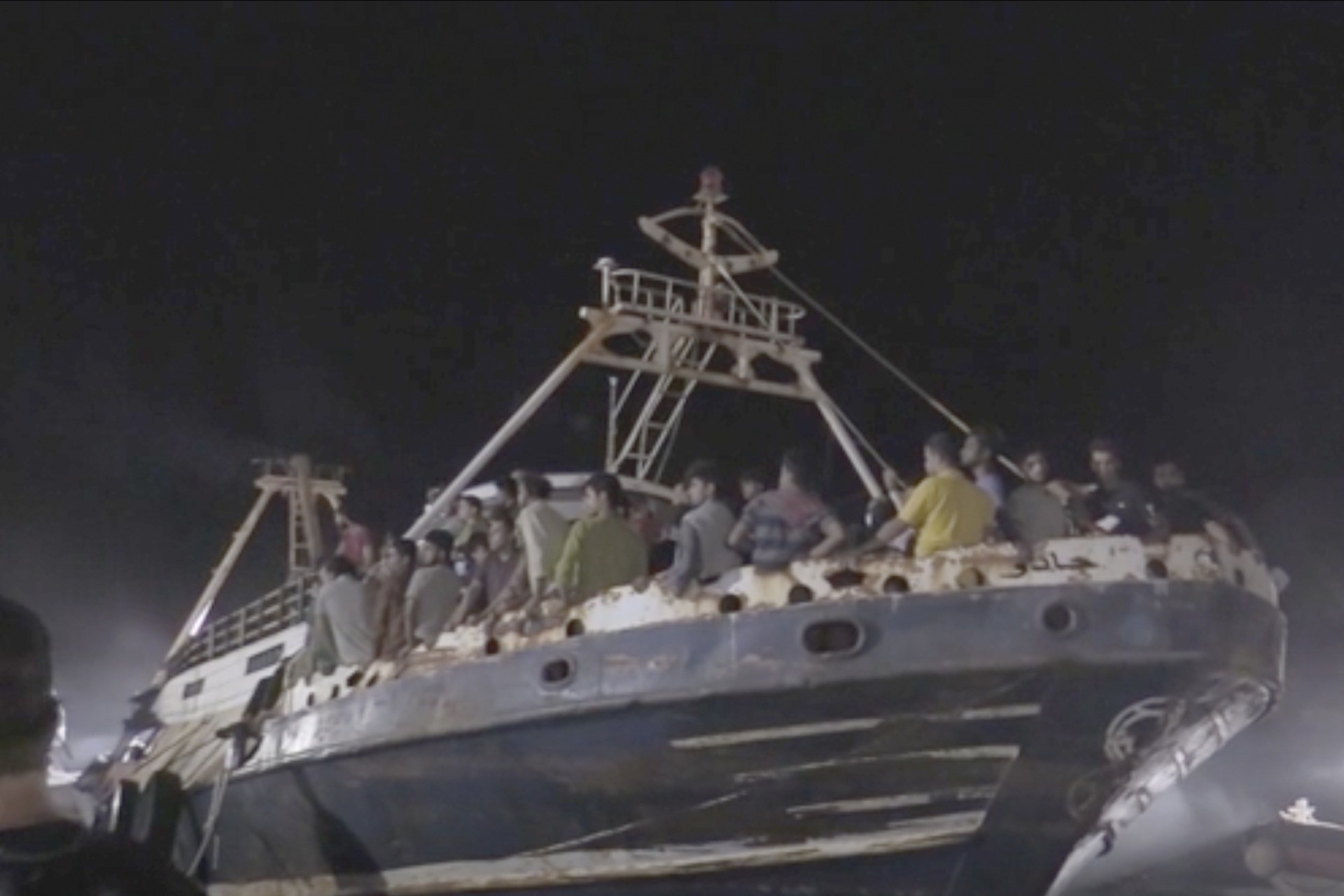 In this frame taken from video, a fishing boat with migrants is docked at the port of the Sicilian island of Lampedusa, southern Italy, late Monday, Sept. 27, 2021. A rusty, overloaded fishing boat carrying nearly 700 migrants arrived at an Italian island port amid fresh diplomatic efforts by Mediterranean governments to seek more European help in handling migrant flows. (AP Photo/Mauro Buccarello)

“No third country should be able to make use of our asylum system for the purposes of exerting political pressure and blackmailing the EU and its Member States, or exploit the present situation in Afghanistan,” the letter added.

“Safeguards in the EU law allowing Member States to act swiftly and proportionally to the threat, in defence of their national security and the security of whole EU, are needed urgently,” it declared, including protection of the EU’s external borders and “effective measures to prevent illegal border crossings.”

The letter also noted that the Schengen Borders Code (SBC) “does not sufficiently address the illegal crossings of the external land and sea borders.”

“There are no clear rules as to what actions may Member States take in case of a hybrid attack characterised by an artificially created large scale inflow of irregular migrants, facilitated, organised and/or pushed by a third country for the purposes of exerting political pressure, or in cases of similar challenges,” it added.

In his response to the letter, Cardinal Hollerich did not address the warnings of hybrid threats to the European Union, but rather called for greater solidarity with migrants, insisting that “being European means putting solidarity into practice.” 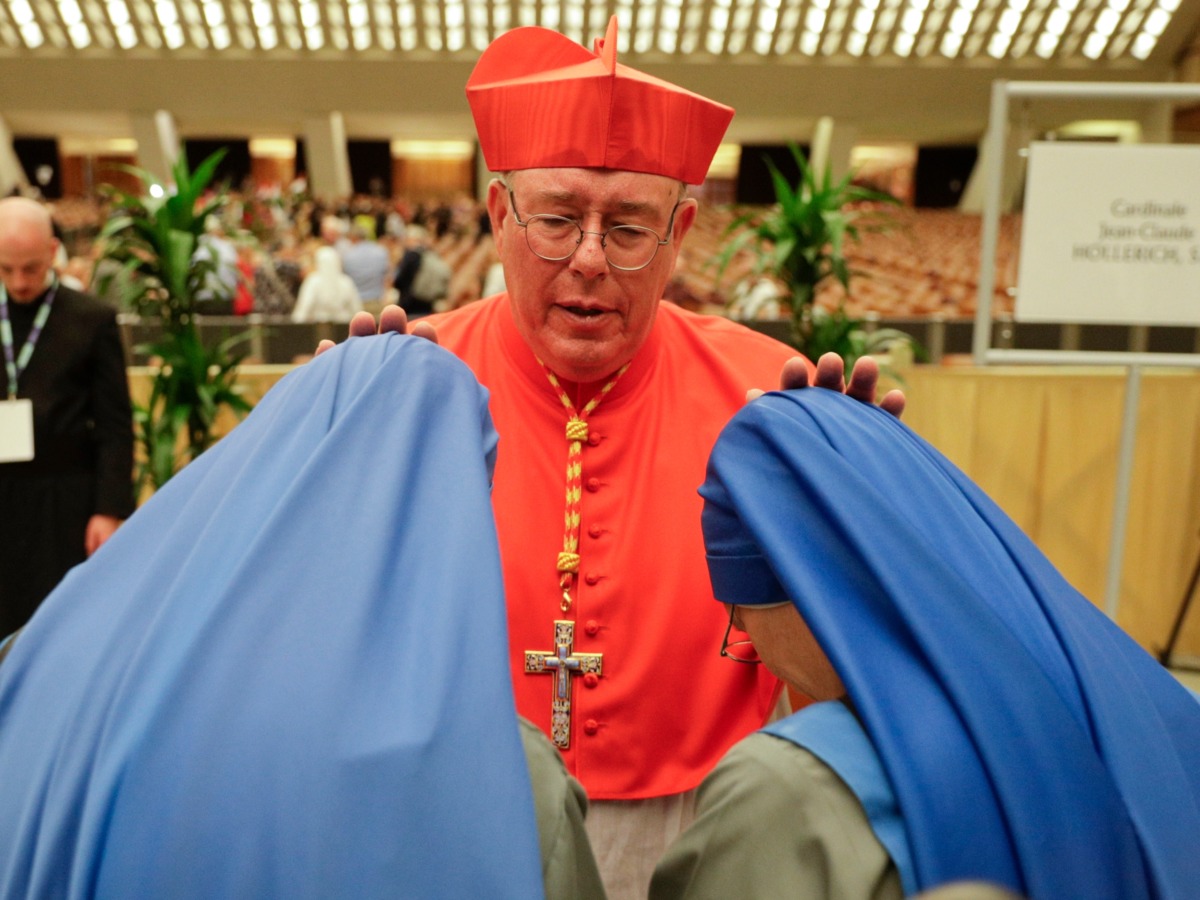 Cardinal Jean-Claude Hollerich greets two nuns prior to meeting relatives and friends after he was elevated to cardinal by Pope Francis, at the Vatican, Saturday, Oct. 5, 2019. Pope Francis has chosen 13 men he admires and whose sympathies align with his to become the Catholic Church’s newest cardinals. (AP Photo/Andrew Medichini)

“As Bishops of the European Union, we support the growing resettlement efforts of EU Member States, civil society and Church actors,” he wrote, “as well as the creation of secure and legal avenues for migrants, in order to prevent them from falling into the hands of criminal networks of smugglers and traffickers.”

We call on the European Union and its Member States “to welcome, protect, promote, and integrate migrants and asylum seekers, supporting a positive perception and narrative of migrants and their families,” he concluded.