“The border is open,” one migrant told a TV reporter, adding:

Everybody believes that the border is open. It is open because we enter, we come in, free. No problem. … Illegally, yes, that’s true. We came illegally, not legal.

Illegal immigrant to @GriffJenkins: “The border is open…it’s open because we enter, we come in, free — no problem.” pic.twitter.com/vUKf1E6kb3

The migrants are admitted by Biden’s deputies under a variety of legal pretexts, including the claim that the economic migrants are entitled to ask for asylum from political persecution.

On September 11, Harris was interviewed by Chuck Todd for NBC’s Meet the Press Sunday show:

CHUCK TODD: Final topic here. Since we’re here in Texas, I want to ask you about the border. Would you call the border secure?

VICE PRES. KAMALA HARRIS: I think that there is no question that we have to do what the president and I asked Congress to do, the first request we made: pass a bill to create a pathway to citizenship. The border is secure, but we also have a broken immigration system, in particular, over the last four years before we came in, and it needs to be fixed.

CHUCK TODD: We’re going to have two million people cross this border for the first time ever. You’re confident this border’s secure?

VICE PRES. KAMALA HARRIS: We have a secure border in that that is a priority for any nation, including ours and our administration.

Since January 2021, President Joe Biden and his deputies have deliberately allowed roughly 2.5 million economic migrants across the Southern border. That economic shock has been a boon for CEOs and investors who back Biden’s election. 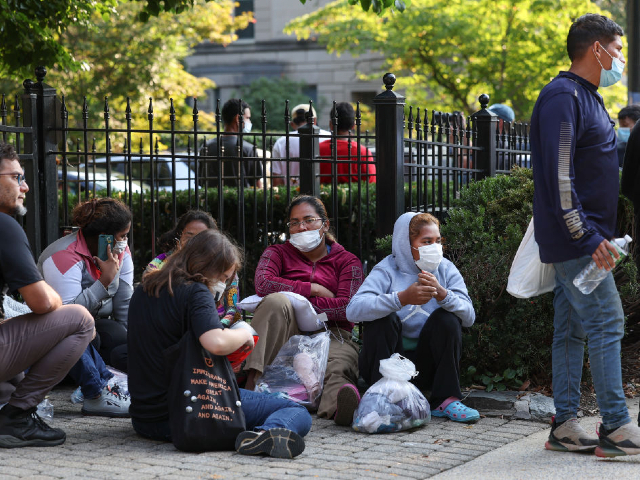 But the business-backed inflow has doubly-damaged ordinary Americans — especially in border states — by slowing wage growth while spiking inflation in housing and other categories.

Establishment media outlets have tried to hide the scale and economic harm of the progressives’ open-border policies.

In response, Abbott, as well as Florida Gov. Ron DeSantis, are publicly sending migrants to Democratic officials who declare their jurisdictions as “sanctuary” cities or states. A September 14 statement from DeSantis said:

States like Massachusetts, New York, and California will better facilitate the care of these individuals who they have invited into our country by incentivizing illegal immigration through their designation as “sanctuary states” and support for the Biden Administration’s open border policies.

This is the closest Harris has ever been to the border https://t.co/vvBZaWDvC1