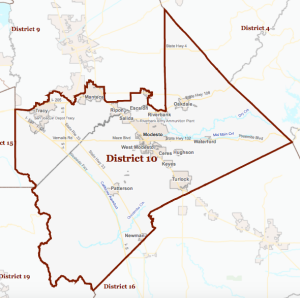 CA-10: This is a classic Central Valley district: traditionally conservative, yet nearly 40% Latino. Water is the big issue in the district, where farms live or die based on the allocation they receive (or fail to receive) from the federal Central Valley Project. The district’s farmers — and farm workers — are considerably less adamant on immigration issues than some other parts of California. Moderate Republican Jeff Denham is a leading proponent of reform.

Republicans: Ted Cruz will win easily, and the candidates may barely spend time campaigning here as a result.