MONTEREY PARK, California — Protesters took to the streets outside East Los Angeles College on Thursday to demonstrate against Democrat presidential frontrunner Hillary Clinton, who was inside the college gymnasium for a Cinco de Mayo campaign rally.

Dozens of protesters — including from the Black Lives Matter movement and the East L.A. Brown Berets, some of whom sported masks — waved Mexican flags and brandished signs with slogans including “Clinton Crime Family,” “Hillary for Prison 2016” and “Bernie 4 President.” 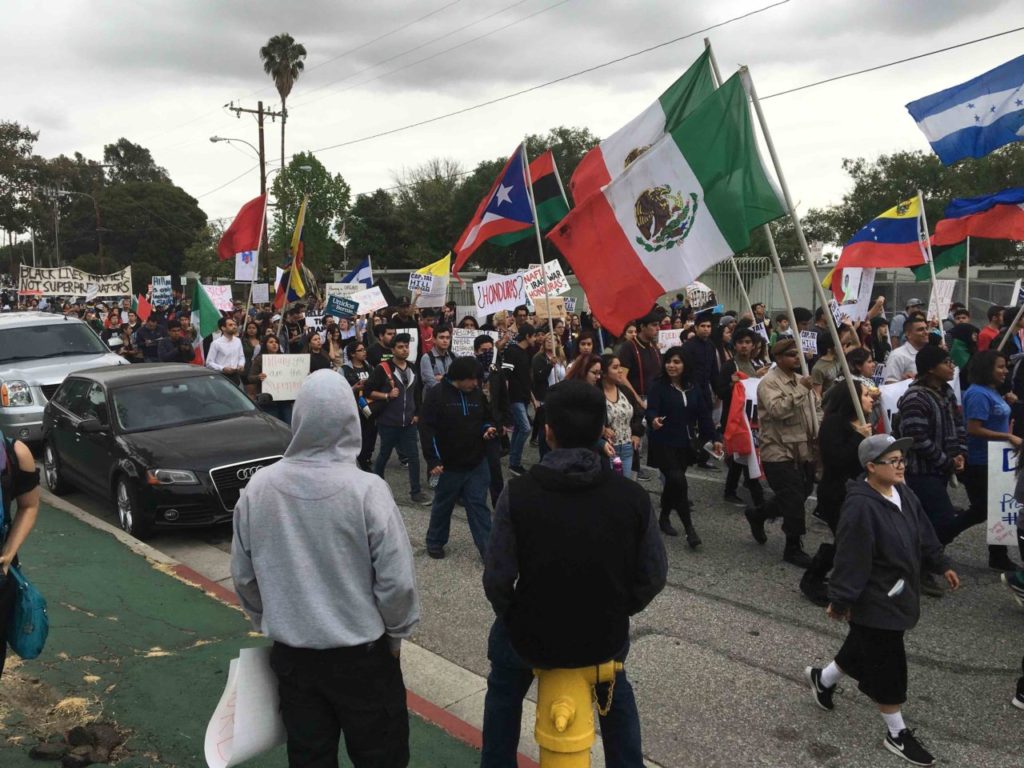 Clinton was in the predominantly Hispanic neighborhood of Monterey Park to host the evening rally, where she called for comprehensive immigration reform and warned that “loose cannon” GOP presidential frontrunner Donald Trump would create a “deportation force to round up millions of people.”

Clinton also said that her first priority as president would be “creating good jobs” and “raising income,” and vowed to follow California’s lead in raising the federal minimum wage.

Thousands of Clinton supporters stood in a line that snaked around the block to wait their turn to enter the rally, but many were turned away as the gymnasium filled quickly.

“I could have just stayed home and found the video on YouTube,” one frustrated would-be attendee said as he was turned away. 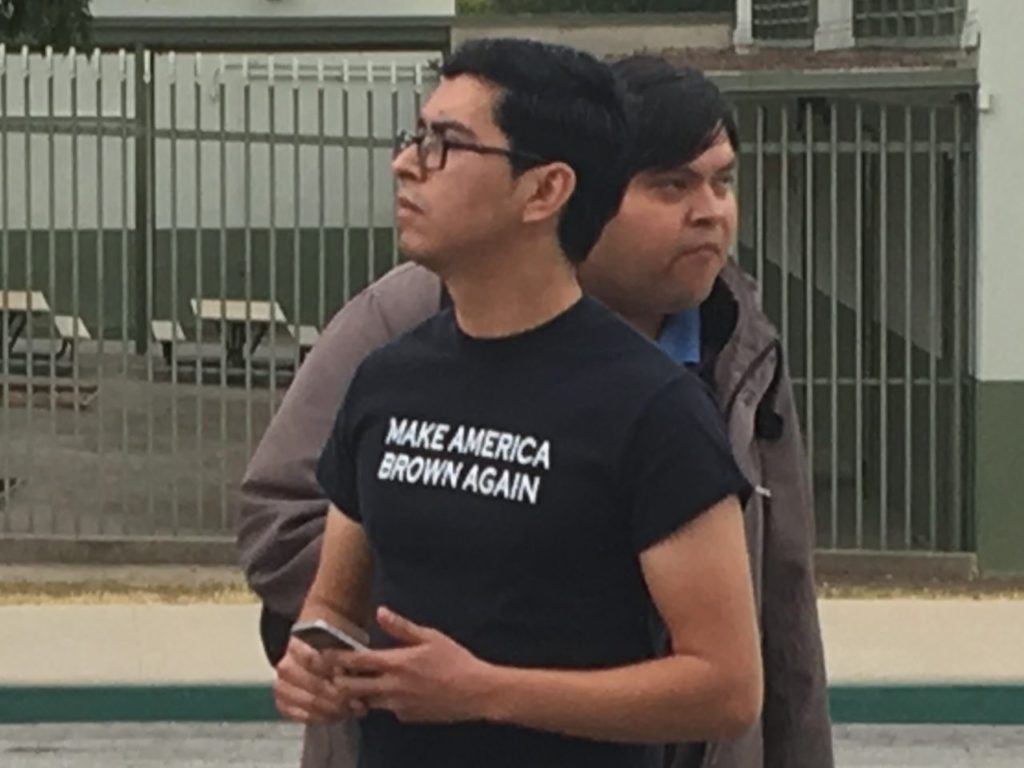 At the conclusion of the rally, the protesters turned and marched toward the entrance of the gymnasium, chanting “Pueblo organizado, nunca se cansa!” or, “An organized people never tire!”

According to Los Angeles’ KNX 1070 AM talk radio, rally attendees were led out of the back of the gymnasium at the conclusion of the event to avoid a confrontation with the protesters.

Earlier Thursday, Clinton met with local leaders at the California African American Museum in Exposition Park. The candidate is expected to attend a pair of pricey fundraisers in Los Angeles Thursday night before traveling to San Francisco on Friday for a fundraiser with actress Elizabeth Banks and California Senators Dianne Feinstein and Barbara Boxer.

Bill Clinton spoke Wednesday at an afternoon event in the Koreatown neighborhood of Los Angeles, where he delivered a policy-focused stump speech on behalf of his wife’s campaign.