Australia will no longer fly combat sorties in airspace over Iraq and Syria, although air-to-air refuelling and surveillance aircraft will remain to assist in operations.

The Defence Minister Marise Payne made the announcement on Friday, saying the decision to recalibrate Australia’s contribution follows the Iraqi Prime Minister Haider al-Abadi declaration of  victory over Islamic State earlier this month.

Australia’s six F/A-18F Super Hornets will return home in January marking an end to the successful work of our Air Task Group in Iraq and Syria. https://t.co/UeOVZM2pCp pic.twitter.com/gwRThuMzyv

“The Australian government has determined we will bring home our six Super Hornet strike aircraft from the Middle East, marking the end of Australia’s air strike operations in Iraq and Syria,” the minister said.

“We can be immensely proud of the contribution our Hornet crews have made to the fight against Daesh. There’s no doubt our air strike operations have made a difference.” 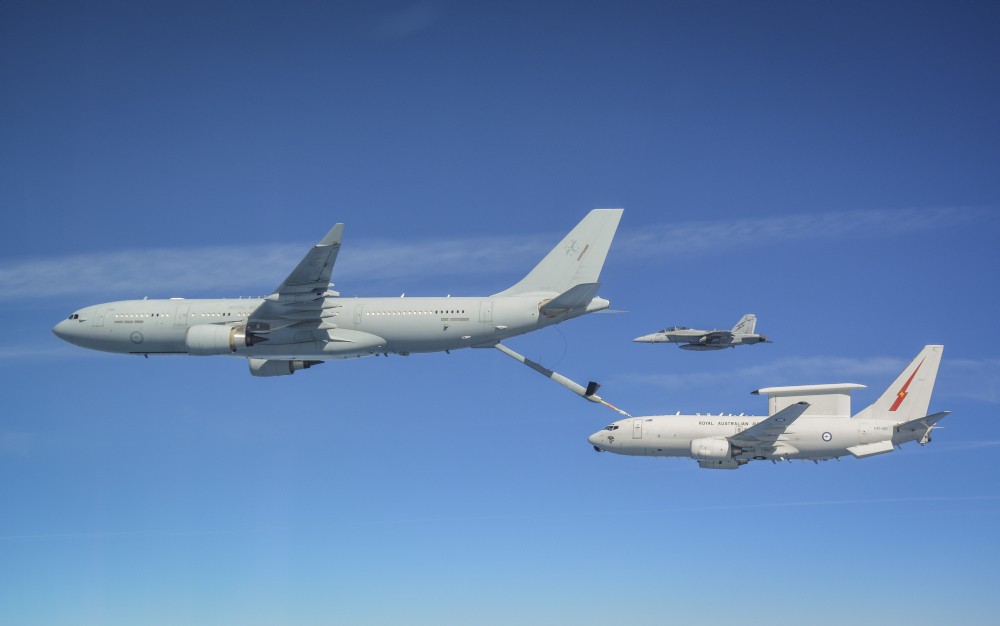 The KC-30A Multi Role Tanker Transport and the E-7A Wedgetail fly in close formation during an air-to-air refuelling serial as part of Operation OKRA while a Royal Australian Air Force F/A-18F Super Hornet formates on the pair.

Task Group Taji consists of approximately 300 Australian and New Zealand troops and is based near the Iraqi capital of Baghdad.

The United States first sent warplanes in August 2014 to carry out strikes against IS when it was massacring members of the Yazidi minority in the Sinjar region of northern Iraq.

A coalition was formed soon after with the support of around 60 nations, although only a handful such as Australia, Britain and France have played a significant military role.

The RAAF contingent commenced in 2014 under the Abbott government and extended into Syria in 2015.

In 2017, Australian fighter jets completed 702 sorties, or missions, according to the Department of Defence.