While President Donald Trump has been accused of using a derogatory term to describe African countries, the news media remained largely silent while President Barack Obama treated Israel “like it was a shithole” for eight years, Breitbart Jerusalem Bureau Chief Aaron Klein charged. 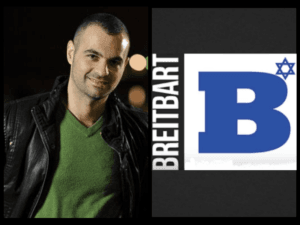 Klein Investigative Radio, broadcast on New York’s AM 970 The Answer and NewsTalk 990 AM in Philadelphia.

Klein pointed out that Trump has denied using the word “shithole” to describe African countries during a meeting last Thursday with a group of six senators to discuss immigration reform.

“Donald Trump is accused of using some bad language,” stated Klein. “I am broadcasting live right now from Tel Aviv, Israel. I watched for eight years as the news media was silent while Barack Obama for some strange reason took the one and only democracy in the Middle East and treated it like it was an s-hole.”

Now think about that for a few minutes. For eight years Barack Obama treated Israel like it was some s-hole. Meanwhile for some strange reason he coddled some of the most despotic regimes in the world. Remember the way he practically sided with the Muslim Brotherhood in Egypt under the regime there of Mohamed Morsi? What about how he opened up dialogue that eventually became the international nuclear agreement with Iran, the largest state sponsor of terrorism in the world? How do we make sense of that when we compare it to the way that for eight years Barack Obama treated the place where I am broadcasting from right now, Israel, like it was some sort of s-hole.

Klein argued that Obama’s “anti-Israel presidency” was exemplified during a 2010 encounter when he “invited Bibi to the White House and then had him brought in through the back door like he was coming from some s-hole little country.”

“Remember how in that same meeting Barack Obama reportedly left the room, left Bibi Netanyahu in a White House meeting room for over an hour. In other words snubbed the Israeli Prime Minister while Obama went and had dinner with his family?”

Donald Trump is accused of saying a few words against some third world countries. Meanwhile Barack Obama for eight years treated Israel like an s-hole. Do I have to remind everybody what he did? Do I have to remind you the way Obama was caught on a live microphone blasting Netanyahu? What about how Obama pressured Israel into apologizing over the Turkish flotilla?

Do I have to remind you about the way that Obama’s administration had repeated leaks about Israel? Especially about Israeli operations to counter Iran’s nuclear program? …

Totally inexcusable. Remember the 2014 war against Hamas in Gaza? There could not have been a more clear cut black and white war. On the one side you have a democracy that wants to exist. On the other side you have an outright terrorist organization that had used territory that Israel gave up to the Palestinians with the goal of creating peace. And instead Hamas used that territory as a staging ground to launch rocket attacks on Israeli population centers.  [Yet Obama repeatedly urged Israeli restraint].

How many times did Obama generate total crises in the relationship between the United States and Israel over Jews building in eastern sections of Jerusalem?

Trump called the reports of his “shithole” comments “fake news.”

Sen. David Perdue (R-GA), who was present, yesterday said the “shithole” reports were a “gross misrepresentation” of what Trump had actually said.

“I am telling you that he did not use that word. And I’m telling you it’s a gross misrepresentation,” Perdue said on ABC’s This Week.

Sen. Tom Cotton (R-AK), who was also present, went on CBS’s “Face the Nation” to say he “didn’t hear” the curse word used “and I was sitting no further away from Donald Trump than Dick Durbin was.”